Is there a secret menu in the UK?

Our definition of a secret menu is:

“A burger that is not displayed on the regular menu but is recognised by the chain/restaurant as available to order by a customer.”

An urban myth for a while now, there has been a lot of attention recently about a secret menu existing in UK chains such as McDonald’s, KFC and Burger King.

Although some US chains (see In-N-Out’s “Not so secret menu”) do offer a secret menu our experience concludes this does not exist in the UK.

Despite an “anonymous McDonald’s Manager” claiming it does exist and “reports” by UK tabloid press of its existence, we at BURGER LAD® have seen very few cases of people ordering from a secret menu.

For starters, if there was one, we would expect to see many more pictures on Twitter and other Social Media platforms, of people sharing successful orders.

We have also been privy to an internal McDonald’s memo which clearly states:

“You may have seen some news articles or social media content saying that we have a secret menu at McDonald’s. You know this is not true.”

In our exclusive interview we even asked Matt Bresnahan, Burger King Marketing Director for Northern Europe, the Middle East and Africa about this issue. His response:

“BURGER KING® restaurants do not have “secret” menu items. Our restaurants have long been known for customization as part of our commitment to provide our guests with choice. Many of our customers elect to add ingredients to our menu offerings.”

In the past, we have created a number of “secret menu items” which you can see below. But none (apart from the KFC Zinger Stacker – more an example of great customer service than a secret menu) have ever been made for us, by the staff.

Just see what happened when we videoed filming trying to order a Double Big Mac at McDonald’s.

Mainstream press such as The Daily Mail, Daily Mirror and Manchester Evening News ran secret menu stories and even blatantly ripped off our Zinger Stacker and Ultimate Zinger without credit.

In our opinion, we believe the said “journalists” ordered the items separately and then constructed them like we have been doing before others jumped on the bandwagon.

Do you have a different story?

Have you been able to order an item and want to share your experience?

Get in touch via the usual BURGER LAD® channels.

In the meantime, check out some of our well-known and innovative creations since we first began our quest in December 2012. 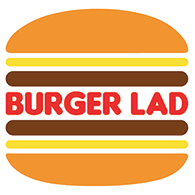 One thought on “SECRET MENU”