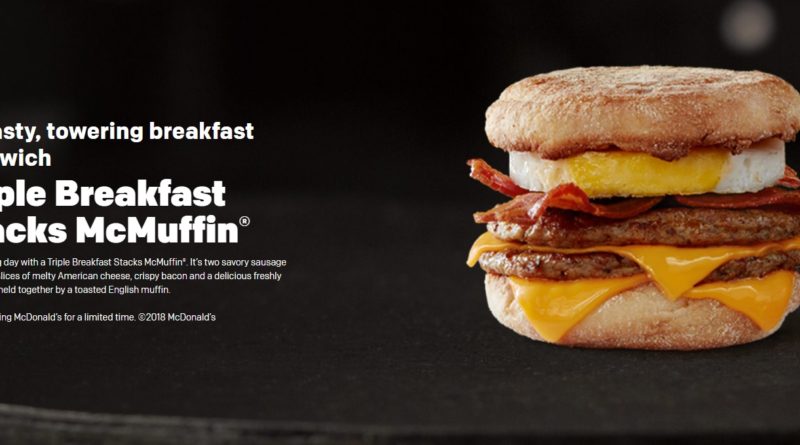 Can you get Triple Breakfast Stacks at McDonald’s in the UK?

Well sort of… read on!

The official description of the Triple Breakfast Stacks McMuffin reads:

Of course, we can’t replicate the McGriddles and/or Biscuit versions but thanks to the customisation options via the MyMcDonald’s app (or touchscreen, but we’re not touching those again!) you can savour the delights of a McMuffin Triple Stack in the UK. 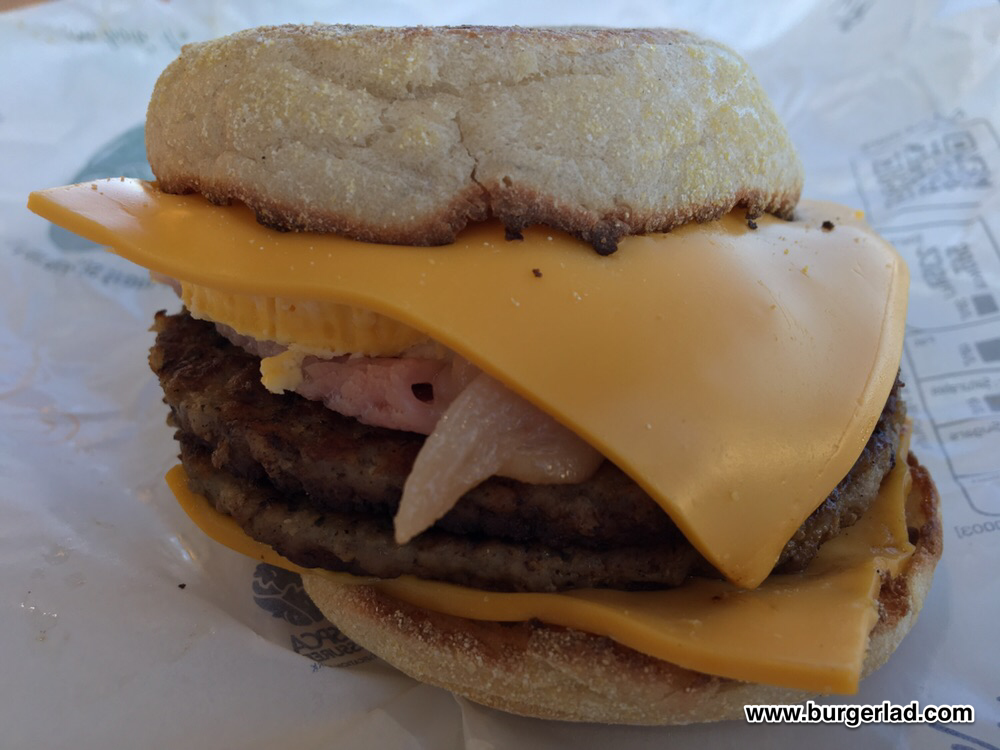 UK customers have actually been able to do this since early February 2018 when items on the breakfast menu were customisable via the old Click & Collect app.

For all ye doubters pic.twitter.com/wBoMN1zhRb

This morning I skipped breakfast at BLHQ and decided to try the UK version of the Triple Breakfast Stack.

I did my order through the app (not the touchscreens!) and really promptly my order was bought to me via table service. 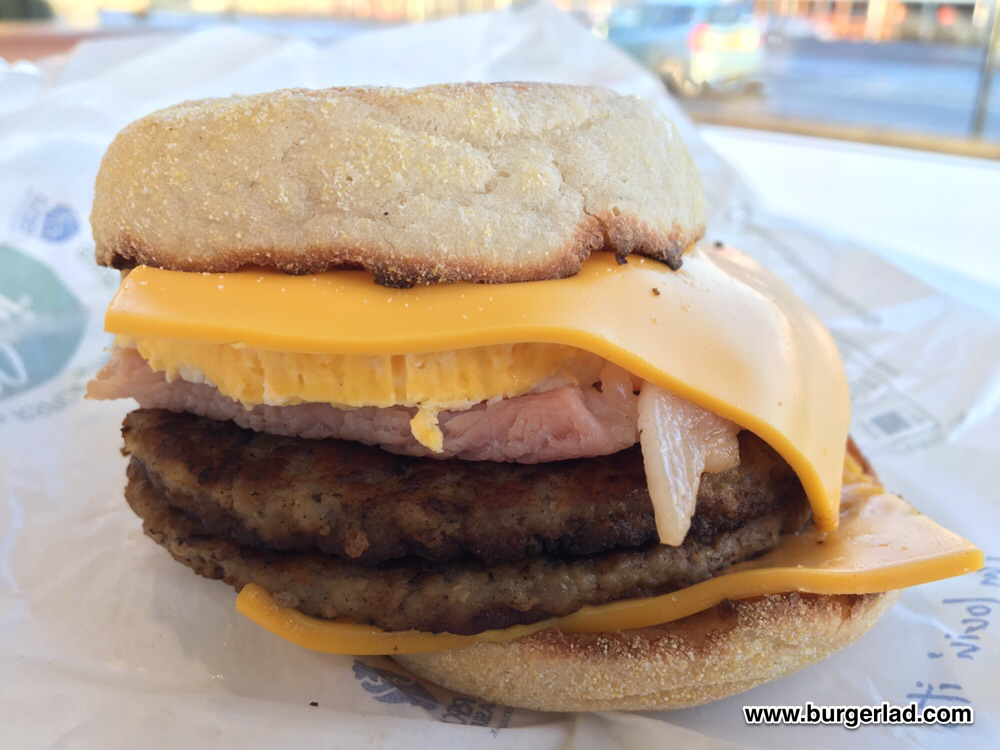 To be fair, it looked like a bit of a rush job despite it being very quiet inside and through the drive-thru.

The build was close to the American one – the second slice of American cheese placed on top of the egg and under the crown instead of in between the two sausage patties. 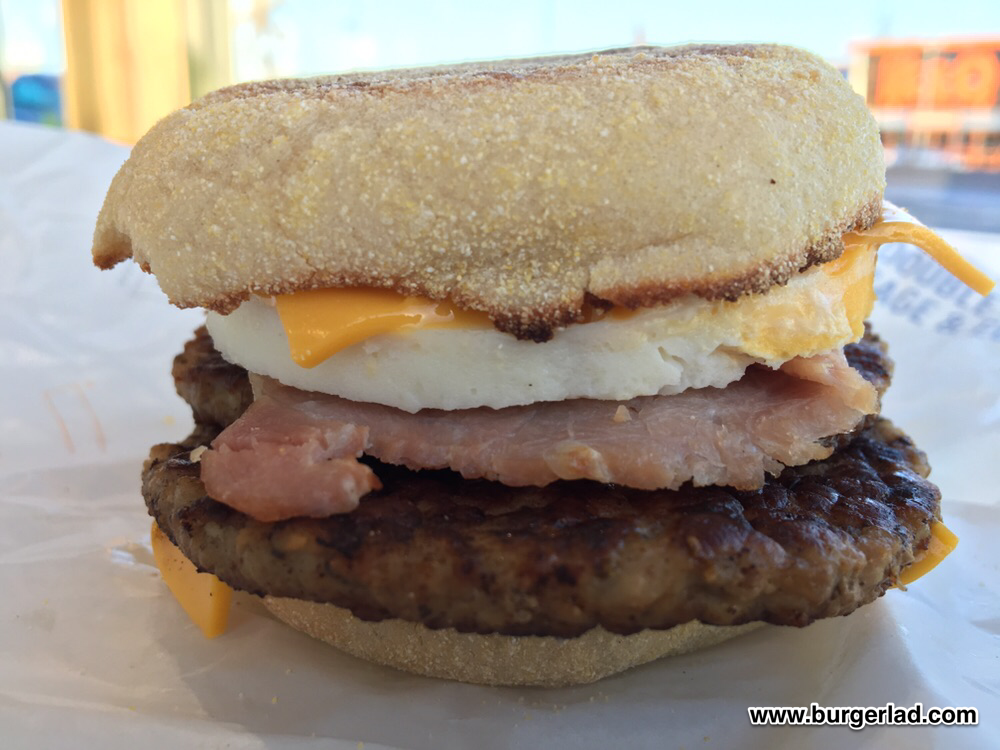 The bacon isn’t great to be honest and I bet the thick cut Applewood smoked bacon would be MUCH BETTER than its UK counterpart.

I had to remove the obtruding fatty bit but the rest of it was reasonable and provided a hint of smokiness throughout.

The two sausage patties were up to their brilliant best and I actually found the added extra cheese really improved the whole breakfast sandwich.

So not quite the US version but pretty close and worth a try at least once for the exceptionally priced £3.39 I paid today – you may even pay less! 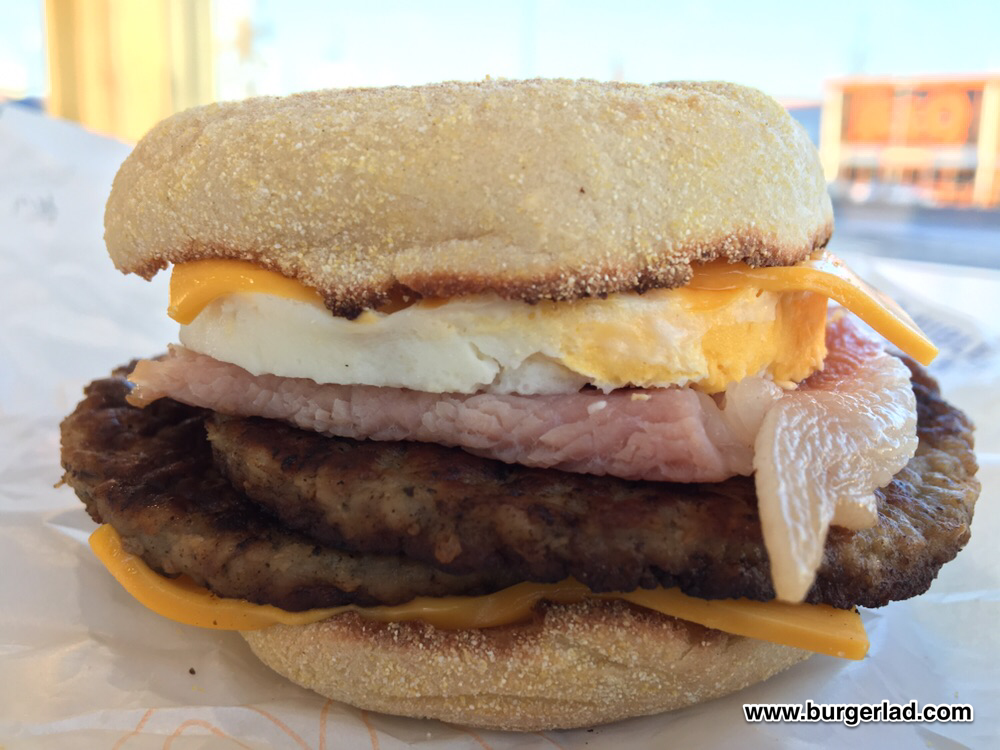 Have you customised your breakfast order at McDonald’s? We know you can add extra sausage patties… 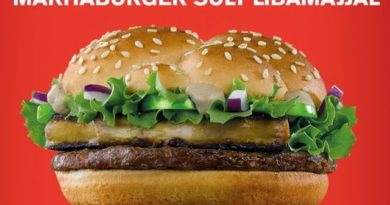 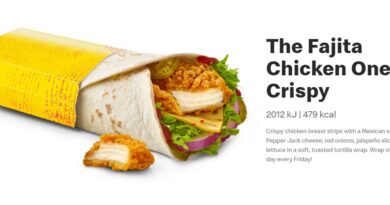 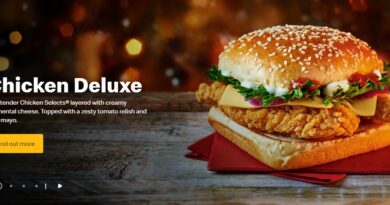