Hello and welcome to your latest edition of The Drive Thru – your chance to see just how good promotional items at McDonald’s, KFC and Burger King are in other countries.

We would rather see any of the (McD’s) items listed below at The Golden Arches, instead of worrying about some inane (“game changer”) way of holding your meal in one hand.

Anyone remember when a “hack” was really just being clever?

Up first this week is the dominating news story:

McDonald’s USA are going with bacon in their upcoming LTO which will be available from Wednesday 30th January. 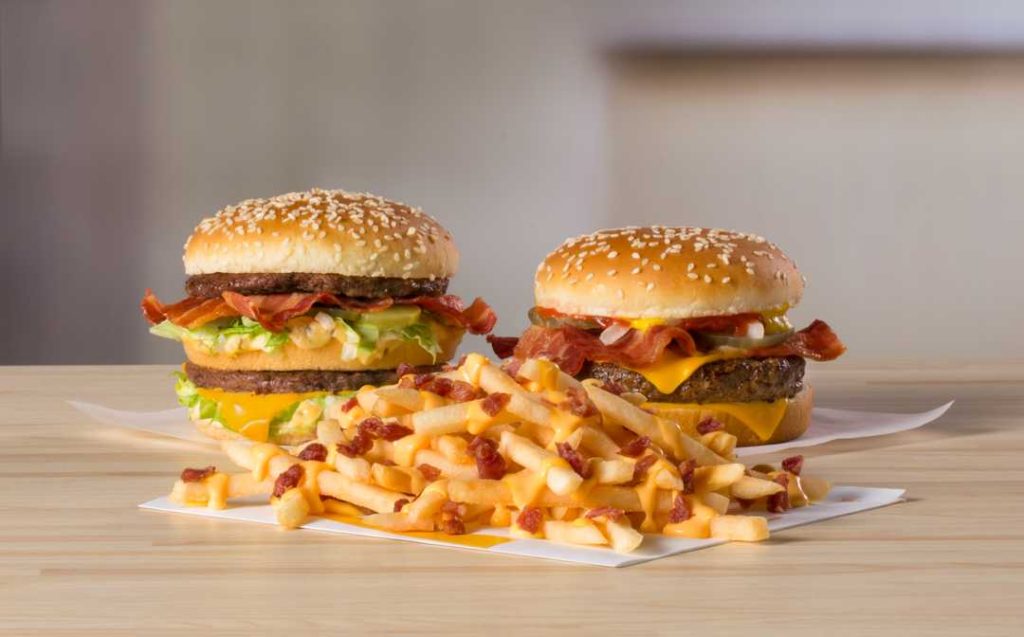 Cheesy Bacon Fries have been tested in the US before (as well as being sold in countless overseas markets) and are joined on the menu by the Big Mac Bacon and Quarter Pounder with Cheese Bacon.

Obviously, UK customers can create the latter two by customising via the touchscreens or the MyMcDonald’s app.

The big question posed though – will Loaded Fries finally show up in the UK in 2019…!?

Sticking with bacon, McDonald’s are recycling a promo we have seen before (in Canada) by asking its customers in Mexico if a Big Mac is still a Big Mac with Bacon on it? 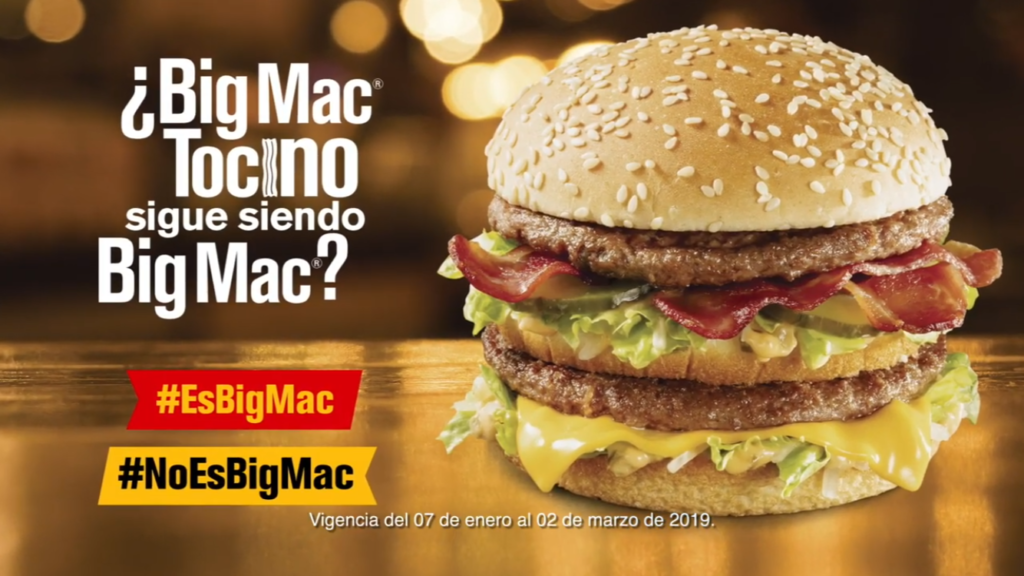 McDonald's Canada asks you to vote… swear I had this in Toronto in 2003… pic.twitter.com/SPyiDhDwsq

Slightly related… if you missed it – The Grand Big Mac Bacon is rumoured to launch in the UK in late January/early February – details here.

South America has seen an interesting and varied selection of Signature Collection burgers and the trend continues with the Bacon Smokehouse at McDonald’s Uruguay.

This is described as:

We still have money on the table that one day we might get LTO Signature Collection burgers in the UK. Maybe…

The El Maco is a recurring promotion in Scandinavia and Finland and it is back again at McDonald’s Norway.

McDonald’s Hungary have made their cheeseburger and chicken burger (and double versions) into the taste of America – by adding smoky BBQ sauce and hot jalapeño peppers.

As McDonald’s UK now have the Bacon Double Cheeseburger on their Saver Menu (and discontinued the BBQ BLC) we still think a budget burger with jalapeños on would be a winner.

This is joined on the menu by the new Big Rösti Chicken – with Emmental cheese, a potato rösti and crispy bacon strips… this would help see you through the winter months.

A few months back, we heard a rumour that Spicy Chicken McNuggets could be coming to the UK in 2019 – more details here. 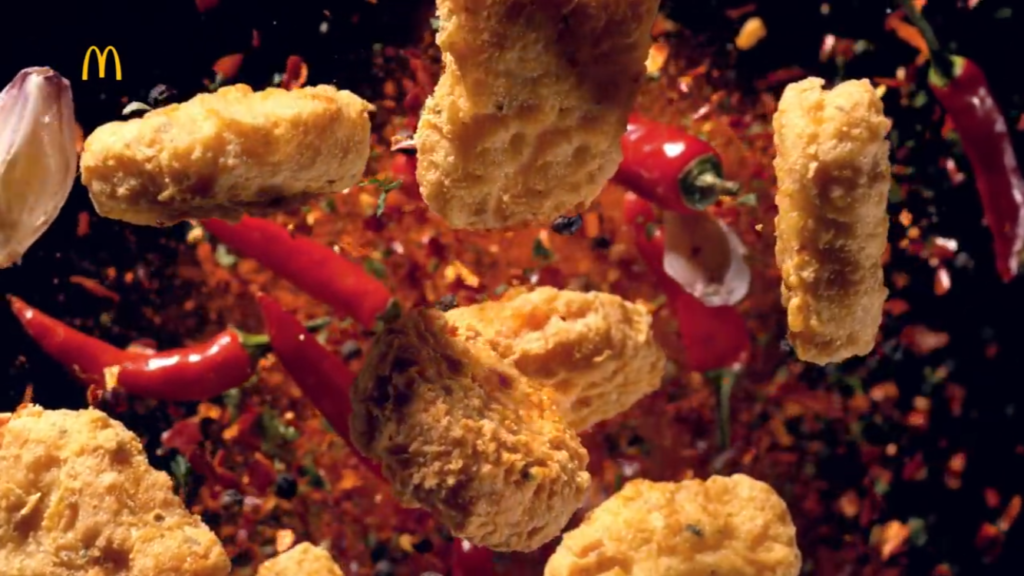 Spicy Chicken Nuggets have been spotted in the wild before in Hungary, Australia, New Zealand and Japan and have just made a return to McDonald’s Taiwan.

Our last look at McDonald’s takes us to Indonesia where they are celebrating the New Year with another recurring promotion – the Prosperity Burger. 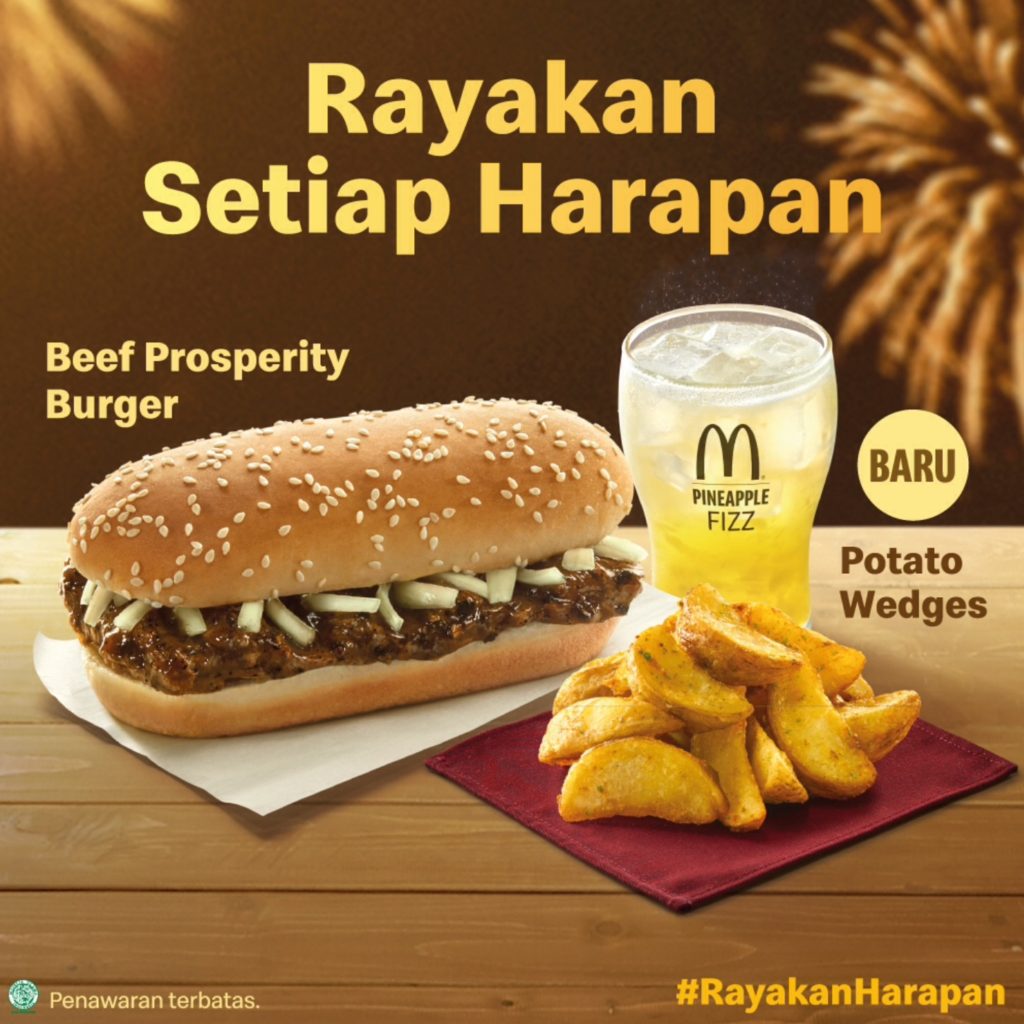 Admiral Burgerbar recently reviewed both the beef and chicken variations on a recent visit to a McDonald’s in Malaysia – you can see that one here.

There have been other versions of the Prosperity inc. Golden, Red and one topped with a Hash Brown, but the latest incarnation is the Cheese Steak Burger. 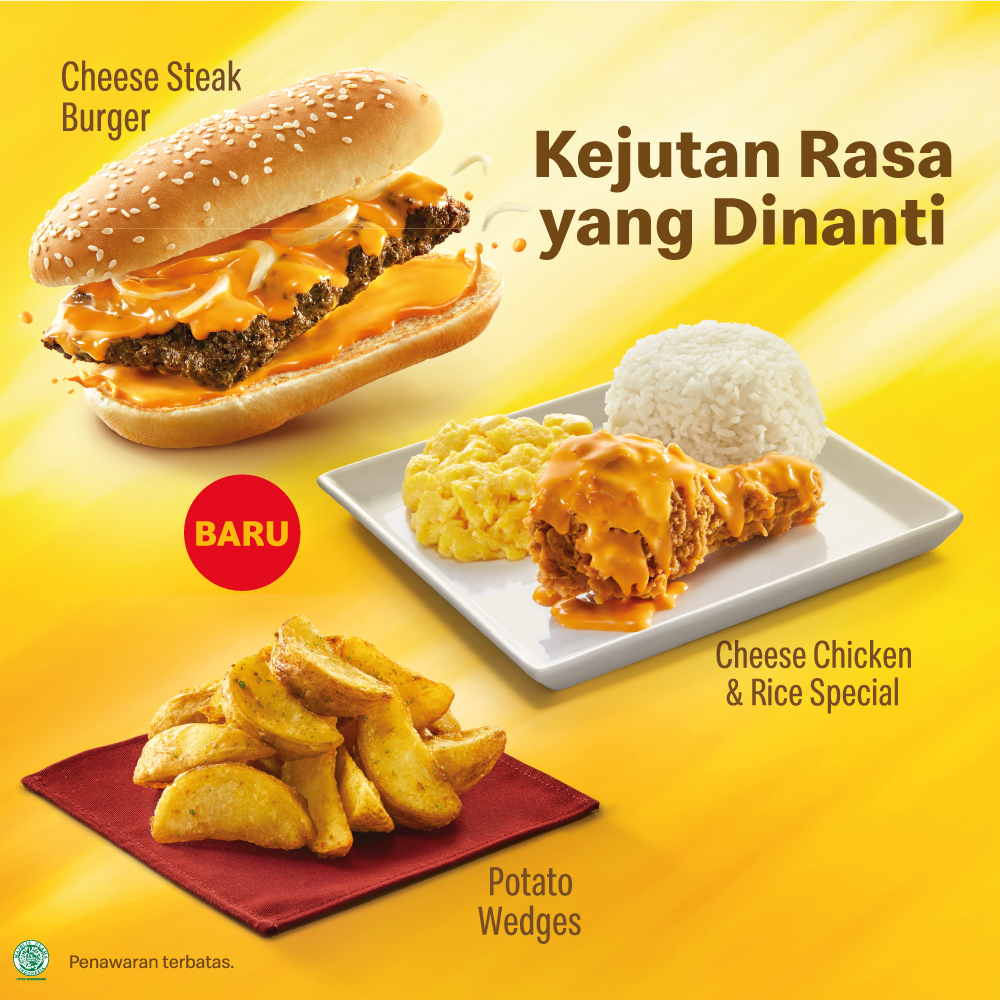 Speaking of Malaysia and Admiral Burgerbar, on his trip he also sampled the Zinger Waffle Burger which may or may not still be on the menu.

As you are reading this though, the latest promotional item is the new Parmesan Truffle Crunch.

Their social media account(s) tell us to:

Treat someone special to the NEW KFC Parmesan Truffle Crunch. Enjoy your favourite KFC Chicken topped with Parmesan Truffle Dressing and Shredded Parmesan that’s packed with a distinctive taste and a pungent aroma.

While we visit KFC in the UK and get refused a Gravy Mega Box (despite it being advertised outside on the window and on their website), customers in Singapore get the option to Dip, Dunk ‘N Share.

For extra crunchiness, you are supposed to dip your chicken (or fries) into either Sour Cream & Onion or Chipotle BBQ sauce before dunking into the pot of Spicy BBQ Pops.

Could get messy in the car but would certainly be worth a sample!

The fish comes from Hokkaido, which is commonplace on salmon burgers in the Far East. More interestingly, both burgers above feature Mentakio sauce which is made from spicy cod roe. mm mmmm.

A blue cheese topped Whopper is coming to the end of its availability in Japan and is called the Snow Cheese Whopper.

Burger King Argentina have the BK Stacker XL and Long Onion at the moment. The Long Onion would be a very welcome addition to the UK menu in our opinion and would fit with their other “Long” range.

Brazil can do much better than that though!

This is actually the 3.0 version pictured above… the 4.0 version is also on the menu alongside a ridiculous array of beef and cheese topped burgers.

Another being the Mega Stacker Atomic 4.0.

The Dynamite clocks in at an eye-watering 2,320 kcal (a shade under the male recommended daily allowance of 2,500 calories) and the Atomic is a comparative baby at “only” 2,180 kcal.

Finally, just before we went to publish this, we spotted these new items at Burger King New Zealand.

Dare we say the first attempt by BK to offer a bunless burger and their version of the infamous KFC Double Down?

It sort of reminds me of when we attempted a McDonald’s Double Down – you can see that one here!

We hope you have enjoyed your summary of life in the fast food lane.

You’ve been reading The Drive Thru!

We’ll return in a couple of weeks due to an overseas burger mission. See you soon!