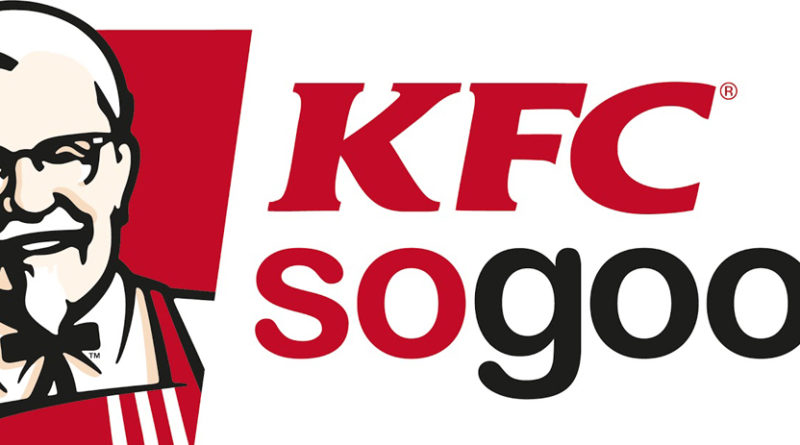 Are you looking for the very latest prices for all your favourites from KFC?

Below we have all the prices for everything from a Family Bucket to a Zinger Burger, Wraps, Rice Boxes and all the sides you would normally find at your local KFC.

These were collected in February 2023 and are the most complete and up-to-date you will find!

We bring you the very latest promotional burgers from KFC around the world and continue to be the industry-recognised number one KFC news and review website in the UK.

Burger Lad® is your number one resource for Fast Food menu prices in the UK.

If you are looking for the most complete and up-to-date McDonald’s, Burger King and KFC price lists then you have come to the right place.

In May 2015, we were the first UK website to add McDonald’s and Burger USA menu prices to once again show we are the leaders in providing fast food prices and price lists.

Often copied, never bettered we have been doing this since January 2013 with many subsequent copycats.

If you find this useful please leave a comment and/or rating below and share with all your friends.

Please note: despite fast food menus and prices being owned by their respective companies, the format and layout of the price lists on Burger Lad® are subject to copyright and reproduction could result in action being taken.

There have been changes on the KFC menu since we first started collecting menu prices in 2013.

Items like Original Recipe Chicken i.e. Bargain Buckets, Family/Boneless Feast and other mainstays like the Zinger Burger and Big Daddy Burger have remained on the menu.

Others have been discontinued such as the Deli Deluxe range and more recently Twister Wraps replacing the KFC Burritos.

In that time though, there have also been some interesting limited time only offers.

The Supercharger is sometimes available on the KFC menu and back in 2013 there was a Sweet and Fire version.

One of the biggest additions to the menu in terms of product innovation and marketing was the introduction of Pulled Chicken to the menu.

Although creating quite a buzz at the time (September 2014) this new ingredient didn’t last long and KFC soon pulled it from their menu.

We published our KFC Wish List in December 2015 and in that post said that we had “seen very little in terms of new burgers at KFC.”

Yes the BBQ Bacon Boss Burger had been launched but KFC seemed more content to focus on new products such as wraps, burritos and rice boxes.

Since then, they have really delivered a number of diverse and interesting burgers alongside other KFC fan favourites such as Rio BBQ Bites.

In September 2016 we saw the release of the ‘Meet the Zingers’ promotion – this featured three levels of heat with the Hot, Hotter and Hottest Zinger.

This was then followed by the hugely popular Original Recipe Stacker. This was described as:

Two fillets of our classic original recipe chicken, sandwiched between cheese and barbecue sauce and saw the debut of the (at the time) new baconnaise.

In late 2016 we got an invitation to attend an exclusive Menu Hack Event which started with a behind the scenes kitchen tour (before KFC started doing the Open Kitchen Event).

That day, we got to build our very own KFC burger from a number of core and non-menu items. It was also where we got to get a sneak preview of the upcoming Colonel’s Christmas Burger.

From this point, the new burgers really started to come thick and fast!

2017 was a busy year for KFC and we got builds which had previously tested in select restaurants.

Speaking of Nashville Hot Chicken – this came over from the USA but was slightly different to the one received in US markets.

Quite possibly the most notorious fast food menu item arrived in the UK in October 2017 – the Double Down!

Due to its popularity, this saw a sequel or variation in the summer of 2018 with the release of the Zinger Double Down.

If you can remember, KFC did a Dragon’s Hen promotion where it asked UK customers to vote out of two burgers which they would like to see in restaurants for a limited time.

Then it went all quiet…

Finally in August 2018, KFC made the winning Hashtag Burger available. But for one day only in one restaurant only. Obviously we managed to review it which you can read about here.

We’ve seen the Dirty Louisiana make a number of appearances on the menu since it first appeared and another popular burger, the Zinger Stacker pops up now and then.

The very latest new burger on the menu takes a tongue-in-cheek dig at vegans in its marketing and is called the I Love You Bacon Burger – this was previously available in Australia and tested here in the UK called the Bacon Lovers’ Burger.

Chizza has been available as part of a test in a very select number of restaurants and it is expected to receive a full UK-wide release sometime in 2019. 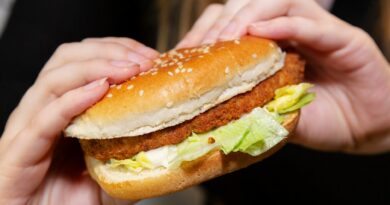 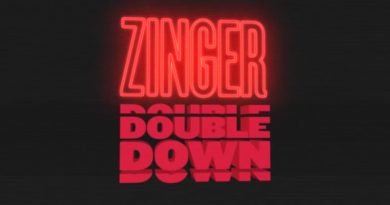 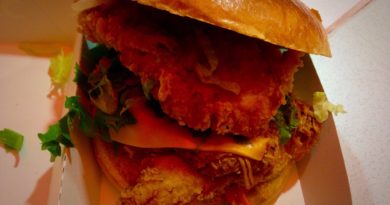