Last week, it was a relatively quiet week for McDonald’s, KFC and Burger King promotional items being launched across the globe.

So hopefully you’ll be glad to get your fast food fix in our latest LTO summary – The Drive Thru.

There’s also a personal message to all of you at the bottom of this post. Read on…

Getting in the ultimate Christmas spirit had to be KFC USA with their Festive Firelog – yes a Col. Harland Sanders 11 Herbs & Spices log that (when lit) smells like fried chicken.

It went on-sale on a US KFC site called KFCFirelogs.com last Thursday for $18.99 and of course, is already sold-out. 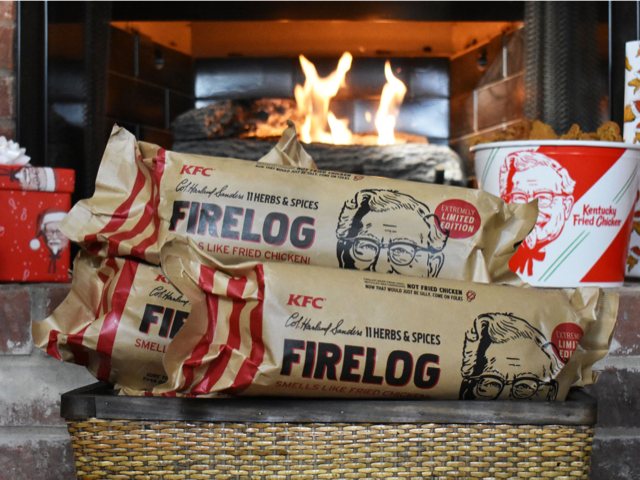 What has been happening at McDonald’s around the world in the last few days?

McDonald’s Hong Kong are one of the last countries to celebrate the 50th anniversary of the Big Mac – they are doing this by offering customers the chance to purchase a limited edition gift set alongside the (much requested in the UK) Double Big Mac aka Mega Mac.

Tastes of the World continues at McDonald’s UAE with their Indian Menu – this features the Chicken & Chutney Burger, Tandoori Veg Bites, Mango McFizz and Mango Sundae. 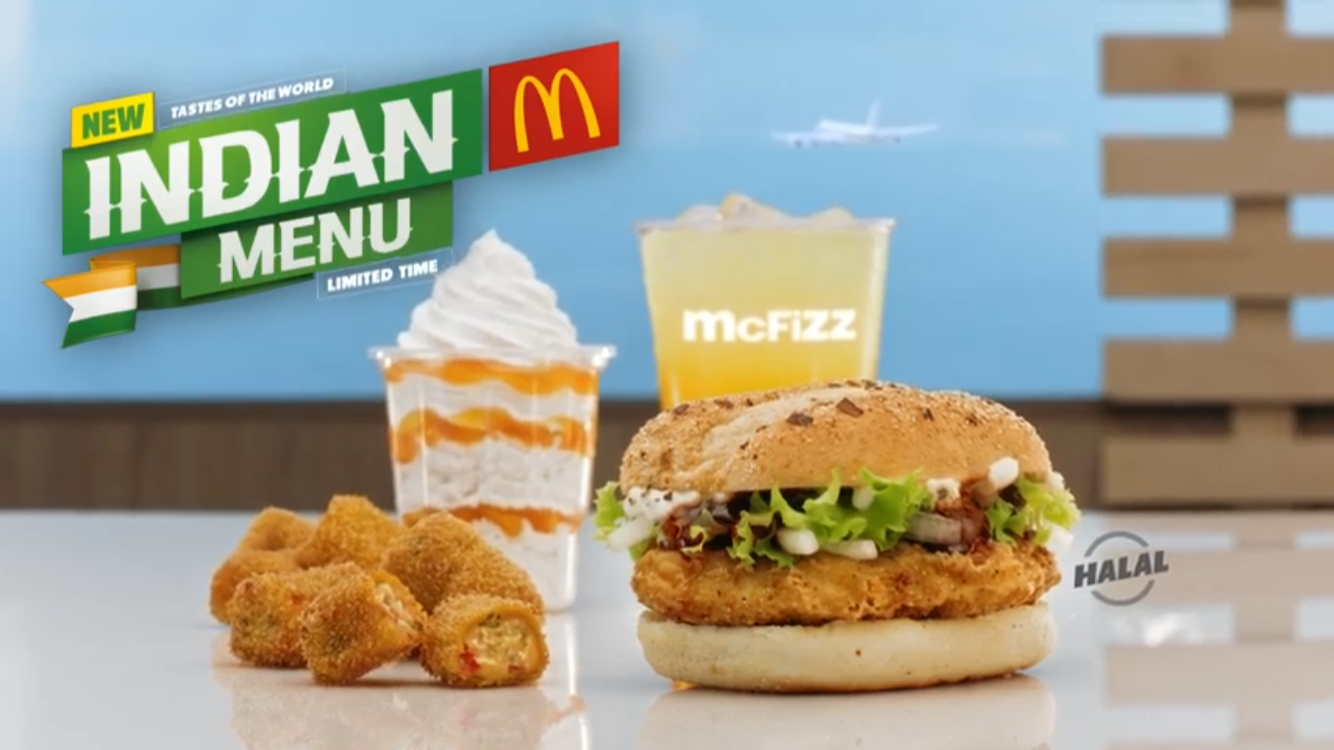 Will Loaded Fries ever make it to the UK?

Well, both McDonald’s Slovenia and Moldova currently have them on their menus as part of the Alpine Weeks and Incredibil De Tasty promotions respectively.

Slovenia has the Bacon Rosti and a burger topped with ripened Cheddar, mushrooms and a mushroom and pepper sauce along with Cheese & Bacon Loaded Fries.

Moldova are offering two types of fries; one with BBQ sauce, ketchup and crispy onions, the other with BBQ sauce and cheese sauce. 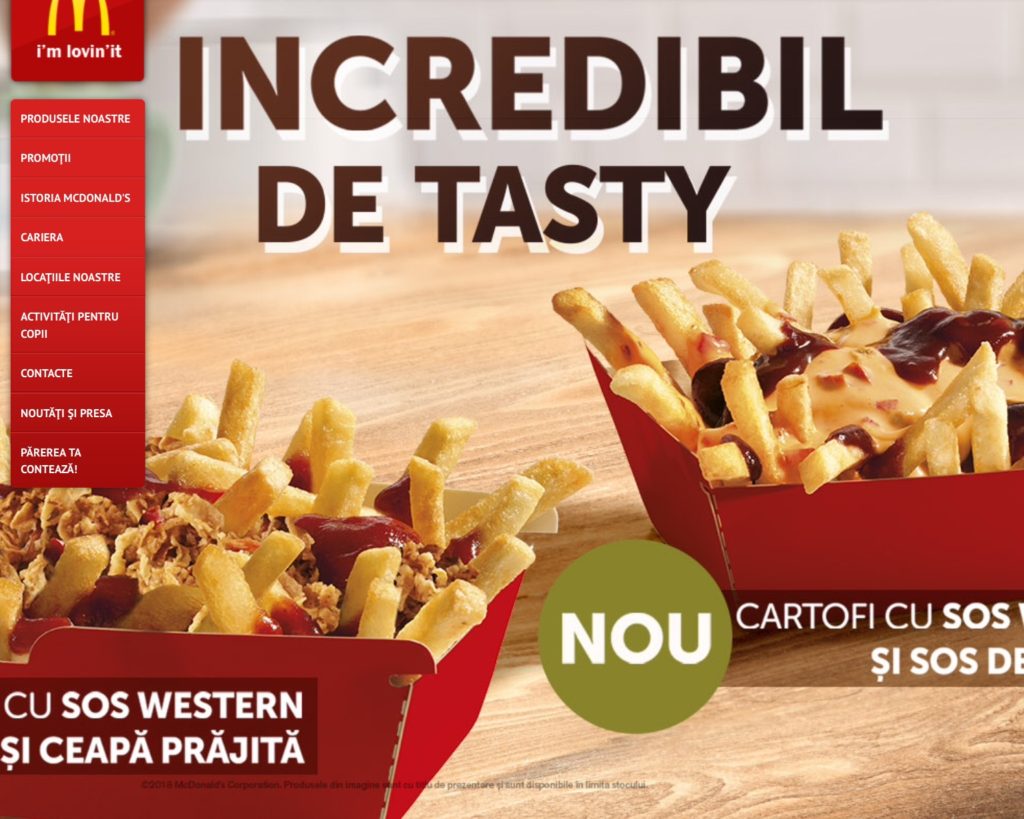 The very latest Maestro Burgers by McDonald’s are available in Romania – these musical-inspired creations are called the Chicken Alegro and Beef Alto.

The Alegro features creamy tarragon sauce and Gruyère cheese while the double-beef Alto has a spicy relish and Mature Cheddar. 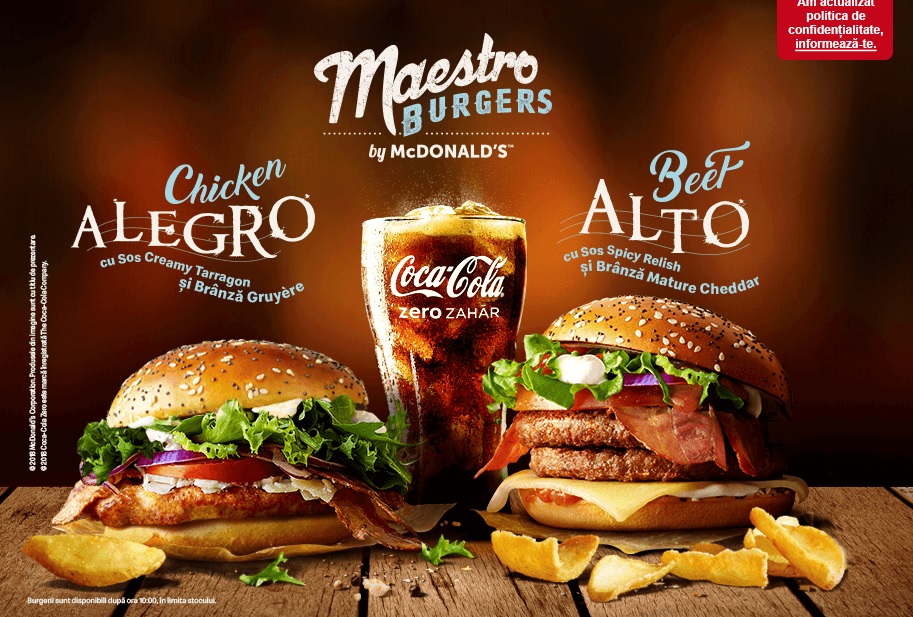 Finally, McDonald’s France are bringing back the 280 Original.

I don’t know what their logic is, but since a few months back, you can no longer access their website from the UK (and I assume other parts of the world).

All you are greeted with now, is a “The content of this page is not available from your location” warning message. #Brexit.

Moving on, KFC Thailand have got an interesting looking LTO called Overload Chicken.

From the pictures (and website), it appears that you get 14 pieces of Popcorn Chicken and then use the ‘squeezer’ to top your chicken with a mixture of BBQ and/or Cheese Sauce.

Also available on regular pieces of fried chicken, this is in-stores until 6th January 2019.

KFC Philippines has been notorious in the past for strange menu items (see Double Down Dog) but this one doesn’t seem as outlandish… but still interesting.

The New York Style Chicken is Hot & Crispy Chicken in a spicy Buffalo sauce with a creamy yoghurt dip.

KFC Singapore have added to their A.M. Breakfast Menu with the introduction of the Cheesy Double Turkey Bacon Burger.

This is described as:

A fresh whole egg and a slice of cheese combined with not one, but two pieces of crispy turkey bacon, then drizzled with signature KFC Cheese Sauce, all packed between a sort wholemeal bun.

Our final KFC round-up sees the return of the Kentucky Burger at KFC Pakistan – a crispy Zinger fillet with beef pepperoni, cheese and signature sauce.

Not much on the Burger King front at the moment but BK Bahamas certainly have some interesting products on the menu.

We were unfavourable in our Crispy Chicken review, but the sight of the Jalapeño Spicy Crispy Chicken gives us some hope this may feature on the UK menu.

Long-term readers of BURGER LAD® should know about the US Sourdough King.

Well now you can get it for breakfast with the Smoked Double Bacon, Savoury Double Sausage and Smoked Double Ham Breakfast Sourdough King range.

BK Paraguay are currently offering the Long Cheese (with caramelised onions and cheese sauce) with the Quadruple Mega Stacker and Cheese and Bacon-topped Supreme Fries. 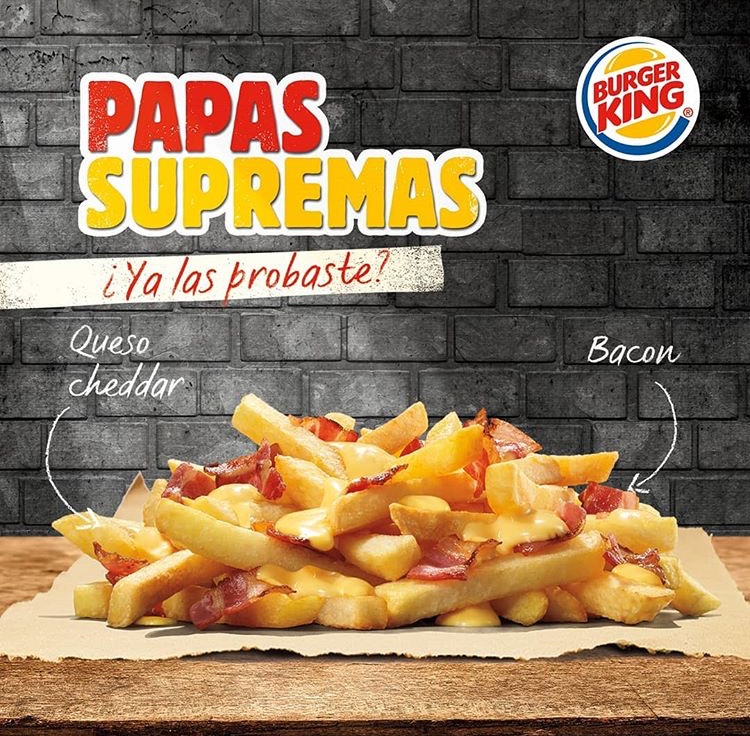 Finally, Burger King Hungary have got the (fairly common in Europe) Merry Cheesemas LTO with Santa and Claus burgers.

Both the beef and chicken versions include BBQ sauce, crispy roasted onions, Maasdam and Edam cheese.

Would you like to see any of these promotional items in the UK?

You have been reading… The Drive Thru.

I would like to end (what should be) our last post of 2018 with a personal thank you to each and every one of our fans, followers and readers.

As you know, 2018 was an extremely tough year for the website and had it not been for your continued support and messages of encouragement I would have been tempted to give it all up.

May saw a dark day when we lost the website completely – our previous host only having back-ups to January 2017.

Thanks to Internet Archive: Wayback Machine, my personal files/photos and sheer determination we managed to get the BURGER LAD® website back to what it was after SIX MONTHS of hard (and often tedious) work – repairing broken links, re-importing lost images and fixing other issues.

And I’m pleased to say it was worth it…

As the website recovered, we recorded month-after-month of record page views in August, September and October.

This then exceeded all expectations by achieving a shade under HALF A MILLION views in November.

We would have exceeded four million page views this year had it not been for our problems in May, June and July.

But that is behind us now and more-than-ever, appreciate the website we proudly claim to be the UK’s number one for urban burger news and reviews.

A MASSIVE THANK YOU to all of you and we hope to see you back in 2019.

Have a wonderful Christmas (or Festive break) and a peaceful New Year.