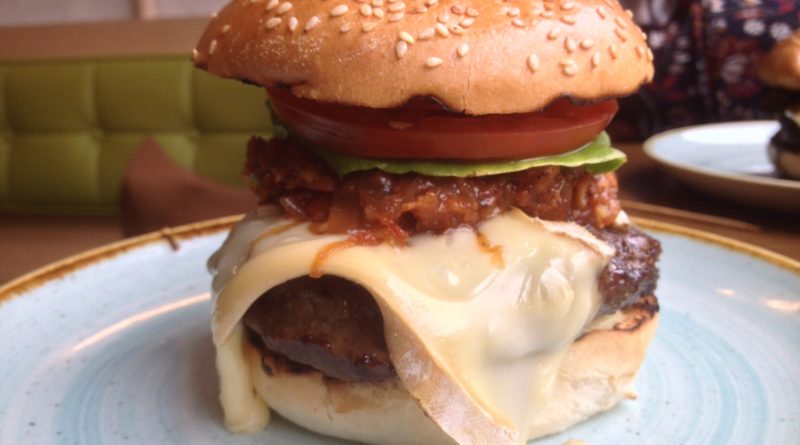 The Frenchie is back, sacré bleu! To celebrate the kick-off of some serious footie this summer, we’ve rebooted one of our favourite burgers. Say bon appétit to 6oz beef, Reblochon cheese from the Alps, bacon jam, dill pickle, house mayo and salad.

I guess I am a bit late to the party with this review of GBK’s The Frenchie (it’s been on-sale for a month). I’m looking out the window now at torrential downpour a day or two after the England national team has made an exit from the European Championships.

Looking at the weather, it doesn’t seem to be much like summer and the only serious footie action appears to exclude the team unceremoniously dumped out of the tournament.

The Frenchie first came to my attention when I was a guest judge at a regional GBK Chef of the Year competition.

To be honest, when I saw the description including the cheese used, it didn’t jump out of the page at me, hence the lateness of my review.

The reason being, is that apart from cheese melted on a burger, pizza or toast I’m not much of a cheese-lover. Present me with a cheeseboard and I’ll run a mile.

As for Reblochon cheese, I can barely pronounce it let alone say I’ve sampled it before.

A quick check on Wiki tells me it is “a soft washed-rind and smear-ripened French cheese made in the Alpine region of Savoy from raw cow’s milk.”

When The Frenchie arrived my initial thoughts were that it looked extremely well presented.

I however did err on the side of caution as a voice in the back of my head said to me “look at that thick cheese, look at that rind. You are not going to like this even though it is cheese melted on a burger.”

The main talking point is the Reblochon which has quite a strong, distinct (slightly nutty) flavour.

I’m really glad I tried it actually as considering I wasn’t looking forward to it, the cheese was enjoyable and is a good choice for a French-inspired burger.

It was quite creamy and in its melted format, the soft cheese certainly silenced that negativity in my mind. I did however leave some of the rind on the plate but I was pleased I’d tried something new.

The Reblochon is complimented with a sweet bacon jam which is really very good and provides the perfect counter to the rich, “grown-up” cheese I had been fearing.

I liked this relish used by GBK and I’ll be looking for more burgers that feature it.

I wouldn’t mind seeing a build with crispy bacon and bacon jam on in the future as I thought they’d work well together – a soft and crispy bacon bonanza. Thumbs-up for the bacon jam though – loved it!

The 6oz beef was cooked spot-on as ever when I visit a Gourmet Burger Kitchen. The patty is definitely becoming one of my High Street favourites and was cooked slightly pink as ordered (GBK always check if cooking medium is OK with the customer).

They cut through that creamy richness of the cheese and the sweetness of the bacon jam and as an ensemble the three components work nicely together with the beef. One or two additional slices of pickle would not have gone amiss though. But I do like my pickles…

The Frenchie is completed with house mayo and there was the bare minimum applied to the heel bun. This works for me!

I’m not a massive fan of mayo and on some High Street burgers it dominates proceedings as it is so liberally applied… but here it was a very thin application. Just enough to give slight lubrication on the bun without compromising the rest of the toppings.

Finally, the burger is dressed with the standard GBK salad items of tomato, red onion and lettuce. The lettuce was quite noticeable – dark green, very fresh and providing a slight crispiness.

To be fair to myself, I ate half The Frenchie with the tomato on before discarding the rest (of the tomato). Personally I would have liked more red onion to give a stronger oniony taste – a note on this element below.

Overall, The Frenchie is an enjoyable special from GBK.

It certainly wouldn’t be my first choice when ordering, but credit to the burger and its ingredients that I walked away saying to myself that I was actually very glad I sampled it on this occasion.

The bacon jam provides a sweet and savoury dimension which is also another positive for the burger.

If I could enhance this burger, it would be to add some sort of onion/garlic reduction to it to really give it that French association.

I’m thinking a rich, dark French Onion soup flavour. But then that might turn into too much of a slop-fest. Although this could be countered by some sort of crouton added. Just a thought…

The Frenchie is a respectable promotional special from Gourmet Burger Kitchen and I’m glad I tried it.

I’d previously decided to avoid the Major Tom due to that having blue cheese slaw, but based on my experience today I think I’ll return for that sooner rather than later.

I took a colleague with me to GBK and this was their very first visit. Their honest summary: “very enjoyable and I’ll try the medium-cooked one next time”.

They went with the Bourbon Street which is still my current favourite on the GBK menu.

The Frenchie is available until 12th July 2016 at GBK restaurants nationwide. Grab it before it “does an England” and exits the menu early… at least this burger performed way above expectation. 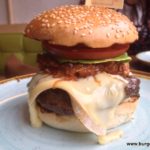 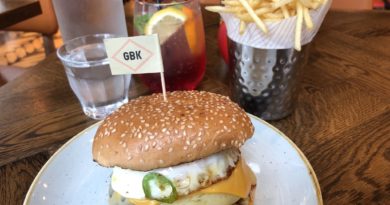 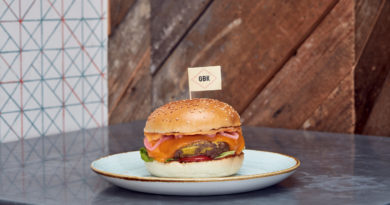 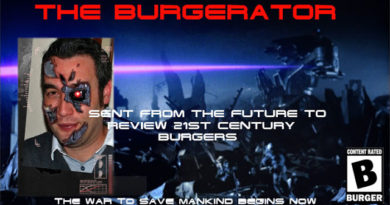 The Burgerator – Heston vs. GBK The Movie