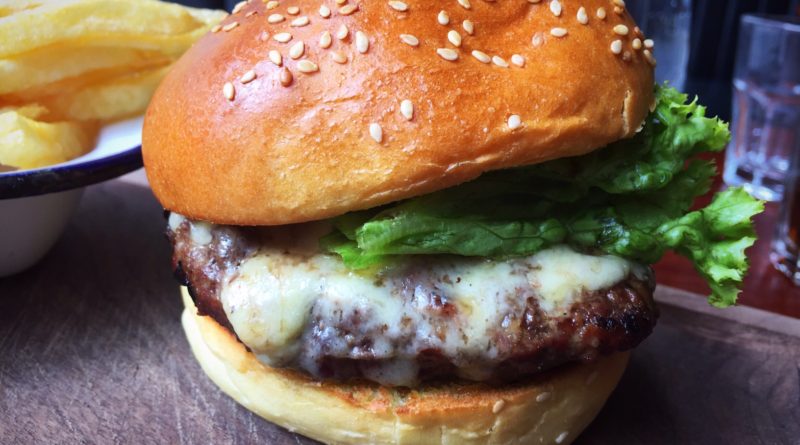 Gorilla is a multipurpose venue – food, drink, music – on the fringes of Manchester’s student area.

Its burgers seem to pop up frequently in any “best of Manchester” list, but as yet it hasn’t been subject to BurgerLad.com scrutiny. Until now.

Having checked the website in advance, I was a little frustrated to discover that, while it opens at 11:30, the full menu isn’t available until 12:00.

That’s the first time ever I’ve come across a half hour breakfast-only period.

Re-reading the website later, in fairness, it doesn’t actually state anything other than its opening time, but I would maintain, under the standard test of the reasonable person, that a half hour period like that wouldn’t immediately spring to mind.

So, I had an extra thirty minutes of twiddling my thumbs and accruing parking fees (although the latter was probably offset by a kind reduction of a couple of pounds from my bill – not asked for). Perhaps they will update the website to make the timings clearer.

Anyway, this extra time gave me another chance to check out the menu. Burger-wise there are really only three (beef, lamb, veg) and no specials were offered.

In this era of weird and wacky burger names all trying to be topical and clever, it’s quite strange but also refreshing to see something just called “cheeseburger”.

For that £10 you get basically that – cheese, lettuce, pickles and sauce are all included.

Now, ordinarily I would throw on some bacon and maybe aioli – they are an extra £1.50, £1.00 respectively but I decided to taste-test the Gorilla Cheeseburger as it was intended.

In the £10 though, fries are included, so that’s something.

My order was taken at 12 on the dot and arrived about 15 minutes later. Unfortunately, I got the impression that charisma was lacking here. Nothing specifically wrong, just not awfully engaging.

The rest of the menu as written looked pretty impressive, and I quite liked the modern low-key interior. There’s plenty going for it and I was hopeful the quality of the forthcoming burger could raise the overall experience.

And to that end, I checked two things – firstly that the burgers come from Frost of Chorlton (website says the sausages come from him but says nothing about the patties) and that I could have it cooked the way I wanted.

It was a yes on both counts. Yes, it comes from Frosty and yes I could have it medium. That brought a smile to my face which brightened the place up.

When it arrived there were immediately a number of issues springing to mind.

Firstly the fries – to my eyes and my taste buds, there was no immediate evidence of seasoning as described, and they were pretty plain – the texture, supposed to be crispy on the outside and fluffy on the inside, was more of an amalgam of both.

And even more bizarrely, they’d managed to stick them all together somehow. I was able to pick up all them together – that’s a first.

The burger and fries were presented on a wooden board, not my favourite – I prefer a plate – but by this stage I was feeling this was the most minor of issues.

Before biting into the burger, I noticed the size – it was quite small and I’m not particularly sure it warranted the tenner.

When I did bite in, I found the brioche bun to be lacking in something but couldn’t quite put my finger on it – I think it was a little less soft and fluffy than I would expect.

The twin riff of pickle and the sauce worked quite well, giving a very distinctive old-fashioned Americana taste to it, but perhaps as a result of this, the aged cheddar didn’t make much of an impression. This sadly reduced the impact of the cheese part of the cheeseburger.

And that brings me to the patty. As is nearly always the case with Frost, it’s good, very good. That’s why so many restaurants in Manchester use him.

It was coarsely ground, strongly beefy and with a good visible fat content.

However, it wasn’t cooked medium. Not even close. There wasn’t even a hint of pink in the middle (despite the filtered photograph making it look like there is).

I understand it’s becoming harder and harder to serve burgers medium, but don’t say you can if you can’t.

So the overall experience was a little glum – minor-ish problems individually, but adding up to disappointment.

I was so sad to leave Gorilla having had a subpar experience – it just shows that everything you read on the internet shouldn’t necessarily be followed.

As I walked out the door I wondered two things – should I have had the lamb burger instead; and that while it was yet another example of top marks for Frost the Butcher, it sadly wasn’t for what Gorilla had produced with his beef. 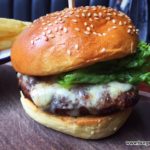