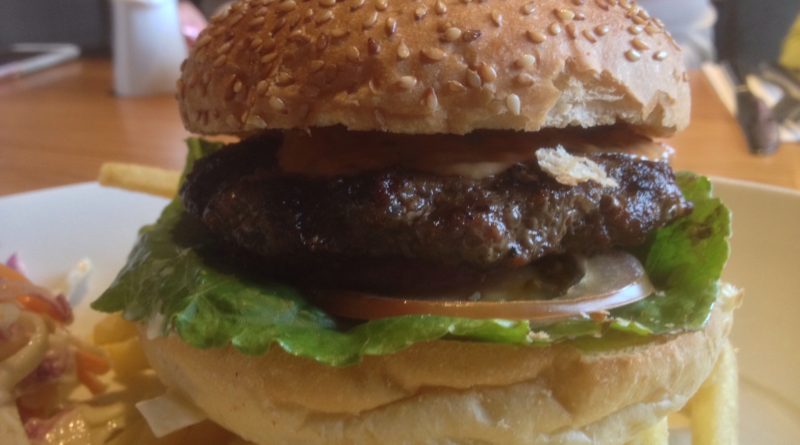 This was a bit of an impromptu visit to Beefeater one lunch-time and with all due respect to the brand, probably the last place I would go in search of a burger.

You should have heard of the chain. Founded in the UK in 1974, it’s the sort of place you normally find off a roundabout on an A road… more often than not, attached to a Premier Inn.

It has been a fair few years since I frequented one of the 140+ pub restaurants owned by Whitbread Brewery. I guess I can thank Beefeater for my first forays into steaks and peppercorn sauce alongside breaded mushrooms with a BBQ dip (never did fancy the garlic mayo) in the late 80s/early 90s.

Nowadays they’ve got a fairly limited burger menu and my eyebrows raised when I read about the new Crispy Chicken Burger with Tabasco Coating, but with that at £10.79 and their Cheese & Mushroom Steak Burger at £10.99 (both with fries & slaw), I opted for the 1/4lb Steak Burger priced at £7.69 from their Tasty Daytime Value menu.

To be honest, I wasn’t expecting much and when the above was presented before me it looked a bit uninspiring. The slaw I wasn’t going to bother with as I’m not a fan of mayo-based coleslaw at the best of times.

The fries, despite looking pretty rubbish were OK and reminded me slightly of BK’s fries before they changed for the worse. Still… they really were nothing to get excited about and needed BBQ sauce for dipping in.

And the burger… well that actually wasn’t as bad as I had decided it would be before I took my first bite.

I felt like a bit of a penny-pincher by not adding bacon and/or cheese – I wasn’t sure if the 59p “exta” (yes that’s a typo on their website above) meant you got bacon and cheese or bacon or cheese. Either way… when I placed my order, the waiter didn’t even try and upsell the additional ingredients which I would almost expect.

So on the build you have a fairly non-descript bun that deceivingly almost looks wholemeal at first glance. This appeared to have been toasted using a match or two.

Under the 1/4lb beef… sorry steak patty there was some healthy, dark green lettuce, red onion which was most welcome and two slices of watery tomato – they soon went.

On top of the steak burger was a creamy, orangey “burger sauce” which when Miss Milkshake saw in the photos, proclaimed it to look like puke. Luckily it didn’t taste like it…

I was so famished it wasn’t entirely terrible. The beef to its credit was actually better than I thought it would be. Obviously cooked well done it was alright and wasn’t as “grill steak” in texture as I had anticipated.

Despite its appearance, I quite liked the burger sauce. It’s a blatant catering supply/cash & carry job and I doubt very much it’s handmade on the premises. But I quite enjoyed it and it worked well with the beef and red onion… again I was really, really hungry, this was a late lunch and there were no other alternatives on our route.

So why then Burger Lad® did you have the burger when you had already decided it was going to be below average?

The answer is morbid curiosity. That and the fact that like I said, there were no other alternatives. And I guess that’s where the majority of business comes from – people staying in the Premier Inn on business that just want to walk a few yards and grab something from a fairly safe and predictable menu.

And at the prices Beefeater charge you can see why they don’t appear in city centres much, if at all – for the price and standard there are so many better chains and independents out there.

All in all… not the worst burger I’ve ever had but I wouldn’t go rushing out to have another, or recommend it. I wouldn’t even say priced at £7.69 it offers particularly good value compared to others in this price bracket.

The beef… steak burger was better than anticipated and I actually did quite like the burger sauce even if it was straight out of a jar.

If you’re staying at a Premier Inn and fancy this, or are travelling and don’t fancy something from the petrol station, give the Beefeater 1/4lb Steak Burger a go… it is far from terrible but it doesn’t inspire greatness either. 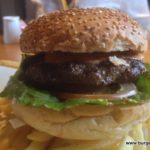 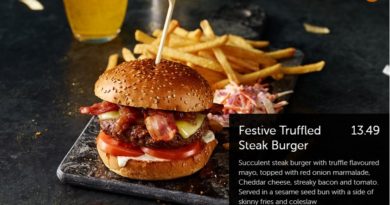 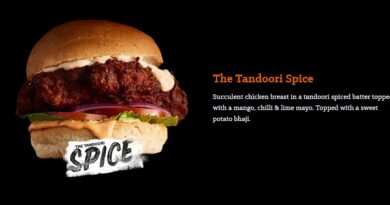 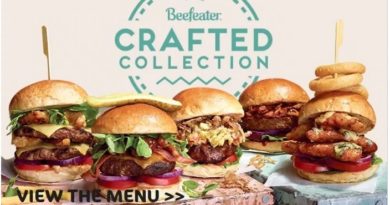