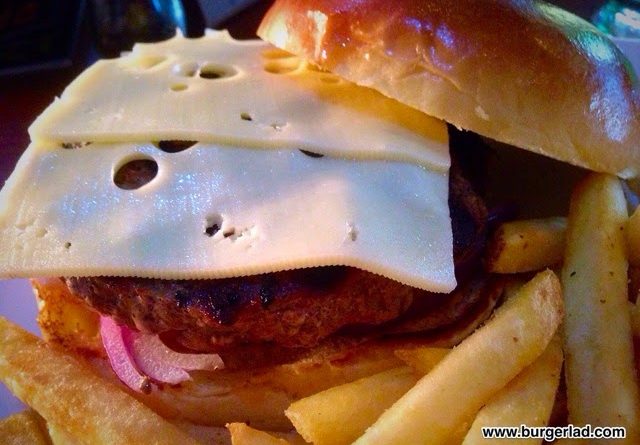 Caramelized onions, melted Swiss cheese and garlic mayo. Served with a rich beef sauce to pour over or dip your burger in.

TGI Fridays and it is quite busy. Bustling, big groups of youths, some families. A full cross-section.

It seems amazing on paper, anyway.

As mentioned before (with the Bruce Lee review) TGI burgers are served in glazed brioche – the best there is in my view, and are served with their crispy fries.

All in all, a good package for twelve pounds I think.

I’m drawn in by the gimmick of the dipping sauce.

Which will this be?

One that works, I sincerely hope. Besides, if it doesn’t work as a dip, it can be poured over as a regular sauce instead.

So, my beer arrives and I order the French Dip. I could have upgraded to sweet potato fries but opt for the potato ones his time.

As I wait and enjoy my Peroni, I notice there is a little advert on the table encouraging people to post their #burgerface which I shall decline.

I have no wish to spoil your dinner by showing a photo of me shovelling food into my gob. I’m quite sure that photos of the burger by itself will be far, far better.

When it arrives, top-off, which seems to be TGI’s signature style, I can see the classic Swiss cheese with the holes (and immediately I think of Quantum Leap’s Sam Beckett).

The waitress tells me they find the best place to pour the beef sauce is on the inside of the burger top.

Notice I said “pour”. I’m afraid any dipping will sadly be too difficult due to the small size of the sauce container.

That’s a shame, but I’ll try it their way and pour a bit onto my burger lid, before closing it and taking a bite.

I don’t get any of the gravy with the first couple of bites, because it hasn’t soaked to the edge of the bun. But what I do get is a brilliant crunchy kick of the generous red onions hiding under the patty. Wow. And the garlic mayo is quite subtle yet tangy.

Swiss cheese, unlike a good mature cheddar, is mild and as such, adds a little more to the texture rather than the taste.

In this particular burger though, I think it is a good choice. Because, of course, what we are trying to do is encourage the gravy flavour to come through, rather than try and kick in into touch with a bitey cheese.

And when the gravy flavour does come in, it’s like the Americans joining the war. You wish it had been there sooner, but really glad it is there.

The savoury ooze that has soaked my burger lid is totally marvellous. So much so, that for a moment, I feel all burgers should have gravy. (Note: that would be a mistake as it would no longer be special).

Brioche: normally sturdy, one of the many reasons it is such a great burger bun – and although the gravy at the top and mayo at the bottom try very hard not to disintegrate it, it holds its ground, just).

My fingers became very saucy but at least the burger holds together.

And that brings me to the beef.

All British, tasty, well done and just hints of fat (sounds bad but you do actually need some or it’d be less tasty). Well made, well cut and well cooked.

TGI has obviously put a considerable amount of work into its burger menu and it does show.

The choice of ingredients, the presentation, and the careful selection of toppings and gimmicks, make for a very pleasurable experience.

Hats off to TGI Fridays for another good burger. 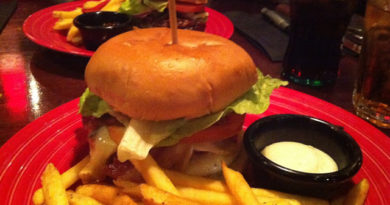 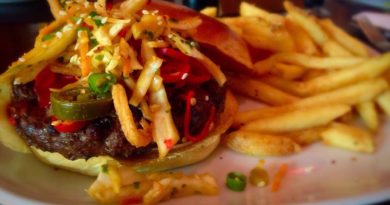 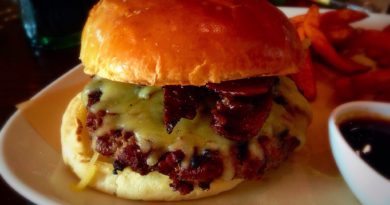