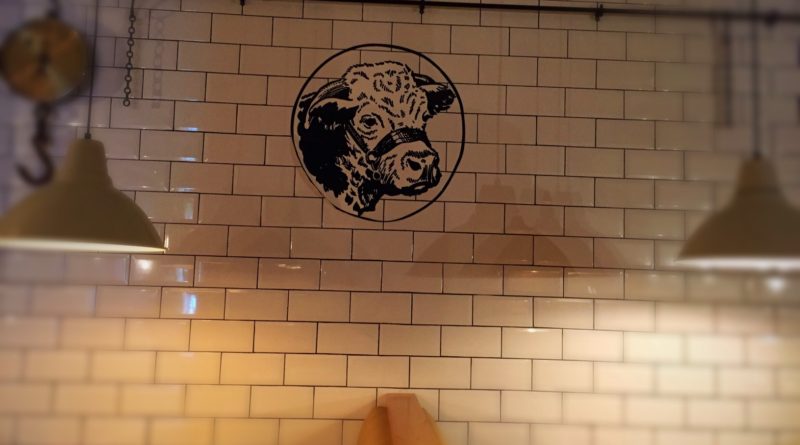 My last burger review was a vegetarian affair in the name of research. So, to counter that, there’s only one thing for it. Go the whole hog. Literally. Yep, that’s what it is called.

Urban Burger Bar has been open in Altrincham, Manchester’s well-healed outpost, for a while, but not being a footballer, lawyer or accountant, it’s a bit off the beaten track. Until now. I’ve had my greedy eye on UBB for a while and today is the day.

The menu consists of vegetarian options (Quorn though, rather than mashed veg), chicken options, beef burgers, three wild boar patties, some hot dogs and various other things. It’s quite a terrific choice actually.

As I sat down, I enjoyed the friendly welcome, attentive service and sturdy basic modern decor. The burger I ordered, the Whole Hog, is a beef patty, a wild boar patty, pulled pork AND bacon. Meat lover’s heaven. Placing the order, I was told that “new standards” meant it’s cooked through.

As I waited, although I couldn’t see the kitchen, I could certainly smell it. Not the fastest service in the universe, but I was enjoying that smell as I waited.

In fact, I was checking out the menu online and discovering that the wild boar options must be new (as they’re not on the online menu) when the Whole Hog arrived in all its glory. My jaw dropped and it was going to have to stay dropped to fit in all of this meat heaven.

It wasn’t a huge diameter but very thick and tall – the four types of meat in here competed for space and made it a big meal by anyone’s standard.

The shiny bun looked inviting, the build was almost immaculate and it looked utterly delicious. Although faults were minor, it wasn’t faultless. The urban sauce, wherever and whatever it is, was rather hidden and as a result it was a bit dry.

Now, I was offered a choice of sauces at the outset but declined, wanting to try this as it comes. Without adding sauce, a drink is definitely needed.

The other fault became apparent after just a few bites – the bottom bun completely gave up, leading to a cutlery finish. But these issues aside, this was an impressive beast from start to finish.

In my first few bites I got the wild boar – WOW! Now, I’ve had wild boar patties before, but they are rare. And it’s a shame. What an absolutely amazing flavour – highly recommended.

The beef was not only cooked through but perhaps also a touch over-charred on the outside but it did taste really good. A strong meaty hit – I’d suggest they ask their butcher to prepare them a bit more coarsely – because this is quite tightly packed leading to a heavy job for my jaw.

The pulled pork on here was very generous and gave a hint of BBQ goodness which I really enjoyed. It sat very much on top of the bacon which struggled to make its presence known.

Other than the meat, there were pickles, lettuce, tomato (which I could leave) and cheese.

Driving here, in my mind I was all set to order a beef option and it was completely distracted by the new wild boar section. On this occasion I was so glad I listened to and gave into impulse. My stomach was ever so grateful. As good as the beef is, I really think the wild boar edges it.

As I mentioned there are a couple of minor things needing attention but they don’t significantly detract from the overall experience of downright tasty meat in a creative construct, at a reasonable price and served with a smile.

Probably the best burger joint in this part of town and a great down-to-earth respite from the onslaught of Chelsea tractors outside, Urban Burger Bar ought to be on anyone’s list and a visit to Altrincham should NOT miss it out. 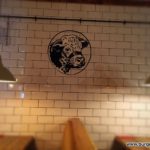