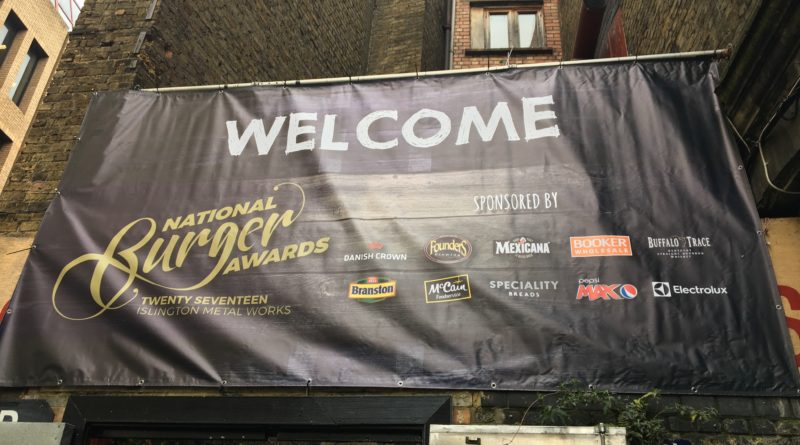 I have had many great experiences since starting BURGER LAD® in October 2012, but being asked to judge at the 2017 National Burger Awards has to rank as one of the most prestigious yet.

The first Casual Dining Magazine National Burger Awards was in 2015 and previous winners include Wild Game Co. and Mac & Wild.

16 finalists battled it out in the live final at the Islington Metal Works in London on Wednesday 22 February 2017. 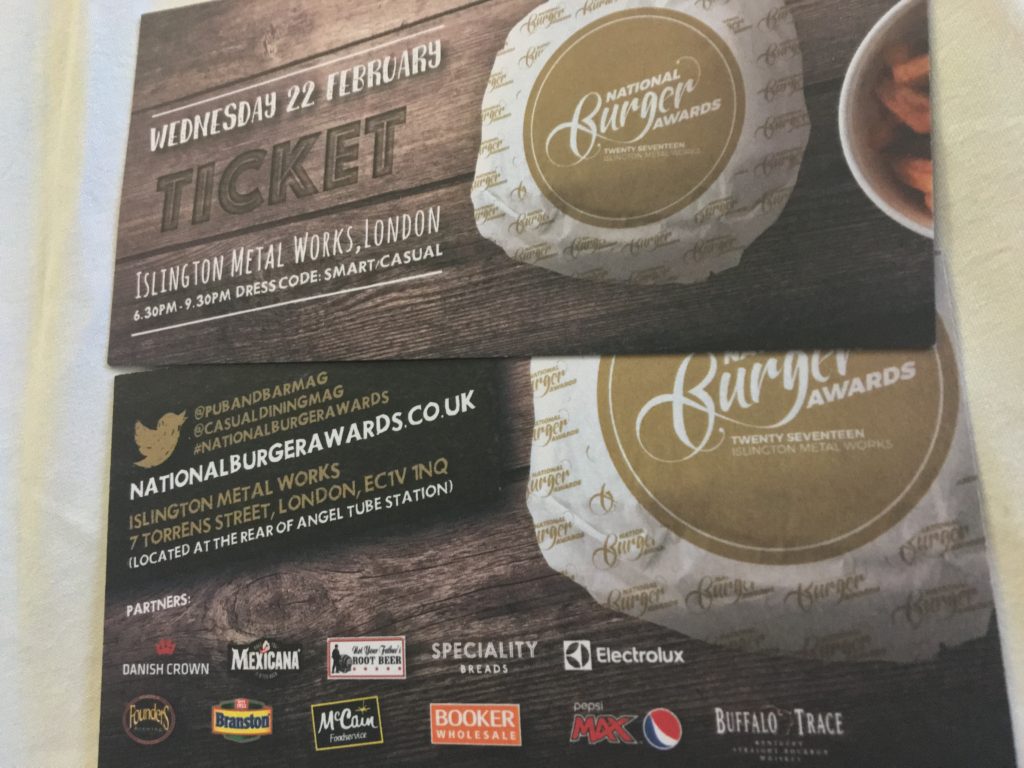 There were four awards up for grabs… firstly the Signature Round, where chefs had to cook their burger creation using their own ingredients.

The Technical Round saw finalists creating a burger using a selection of ingredients supplied to them from the event’s sponsors such as Mexicana® Cheese, McCain, Branston, Speciality Breads, Danish Crown, Pepsi Max and Buffalo Trace.

The Mystery Box Round required our 16 finalists to cook a burger from a mystery box of ingredients supplied by another sponsor, Booker Wholesale.

All three burgers had to be cooked within a 50 minute timeframe and then served to the judges. An overall winner from the day would also be crowned.

I was on the technical judging panel alongside guests from the other sponsors.

Each burger was brought to the corresponding judging panel and we had a set criteria to mark it against.

The burgers were presented anonymously, so after photographing a total of 48 burgers, makes it difficult to identify which ones belong to who!

Below is (hopefully) the most extensive photographic coverage of the 2017 National Burger Awards you will find, so enjoy!

The event itself was a HUGE SUCCESS. Our host, Christian Stevenson aka DJ BBQ was funny, charismatic, knowledgeable and entertaining.

We met many industry heavyweights and thanks to the efforts of everyone on the day, including the main social media & brand awareness expert, Miss Milkshake, we got the hashtag #NationalBurgerAwards trending on Twitter.

One trending analysis account estimated that over one million people had seen the hashtag during the afternoon.

In the evening, there was a party and the winners were announced while drinks and food samples flowed freely. For an awards ceremony in only its third year it certainly couldn’t have been more positive.

We would like to say a massive thank you, firstly to the team at Mexicana® Cheese for inviting us down to be their representative on the judging panel at the awards.

We would also like to say a warm thank you to Casual Dining Magazine, Pub and Bar Magazine, UK Burger Guide and H2O Publishing for organising and arranging such a great event.

Further thanks also go to the other National Burger Awards sponsors.

And lastly, congratulations to all 16 finalists that attended the event and thank you for creating such an impressive array of burgers!