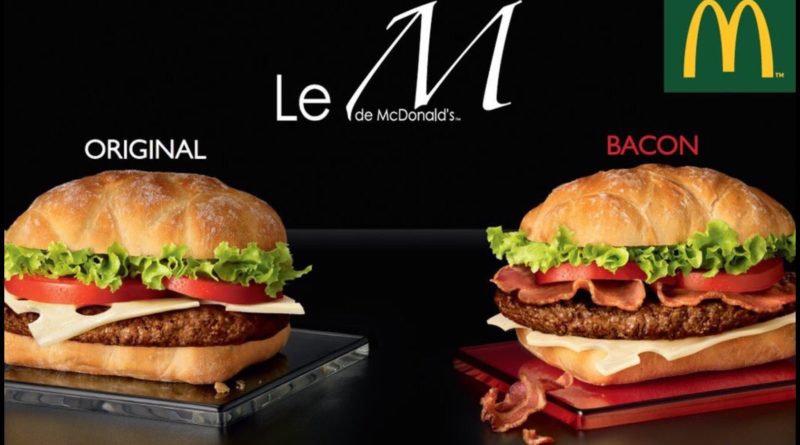 He is back! A meat prepared beef, chopped and seasoned accompanied by French Emmental cheese, bacon, crisp salad of two tomato slices, deposited all on toast baked on stone.

The classic “Le M” first appeared on McDonald’s menus in France in 2008.

Since then, two recipes have been available for a limited time: “Le M Bacon” and “Le M Blue Cheese”.

At first sight, even the packaging is simply designed: black for “Le M Classic” and grey for Le M Bacon with minimalistic white text. There are no bright colours or huge font size – a simple and elegant burger box.

After opening the packaging, the simplicity remains relevant: the stone-oven bread hides a classic slice of “Emmental” French cheese (the first thing you can smell!), some Batavia leaves, two slices of tomato and a slightly-spicy beef-steak. That’s all. No fatty sauce, no excessive fat.

Nevertheless, the burger is remarkably tasty!

The stone-oven bread is slightly toasted, floured and quite hearty. Tastes of meat and cheese are predominant which is relevant to French consumers. The meat is quite thick and its taste is really sublimed by a good spice mixture.

Finally, the crunchy Batavia and the tomato slices give a final, refreshing taste. Curiously, the meat is slightly fat which compensated the lack of sauce. “Le M” is finally not so dry.

If you have looking for new or creative tastes, “Le M” is not made for you.

“Le M” is just original by its simplicity. The taste is concentrated on the meat and the cheese. This is not surprising that “Le M” is a French burger!

More information is available on the McDonald’s France website. 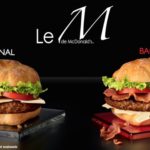 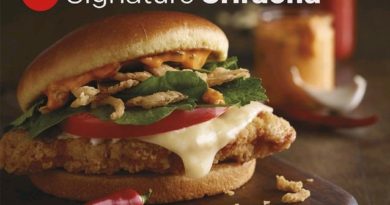 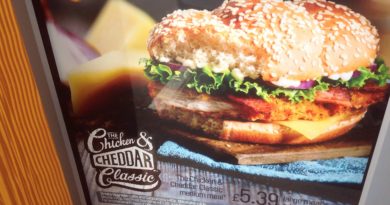