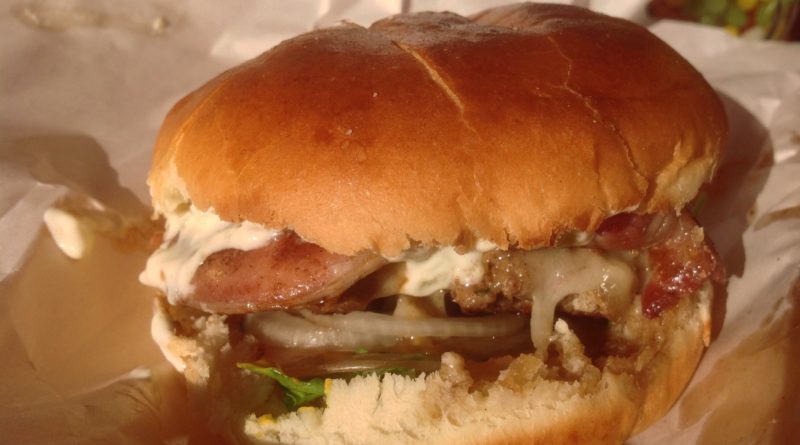 We source everything from local farms, that includes our prime British beef, and fresh milk for our shakes. The Havana’s: Slow 6oz cooked burger, slice of crispy bacon, topped with Swiss cheese, rocket, fresh tomato, onions, Havana’s sauce and a touch of mustard.

Cheltenham. That regency, spa town which nestles just in the area of the UK known as The Cotswolds. Famous for the horse racing, in particular The Gold Cup and other highbrow events such as the Literature and Jazz Festivals.

What you won’t find on the brochure is its deepest, darkest secret. Never even but whispered in the ponciest of wine bars are the three dirty words any Cheltonian cannot bare to hear. Lower. High. Street.

Down here you will not find any Harris Tweed, Hunters-wellied, mustard trouser wearing race-goer quaffing along with The Racing Post tucked underarm. Oh no… this end of town is reserved for ethnic food stores (very good I will add!), and the typical non-branded takeaway eateries offering pizza, chicken and the like.

Now Cheltenham is smartening up this vicinity. They started it with The Brewery, which opened around 2006 and continue to do so with further redevelopment of Phase II.

It sort of reminds me of the Urban Rehabilitators or “Rehabs” in RoboCop 3 – with the likes of Bon Appetit, Card Factory and Betfred being bustled away from the area to make way for Delta City (aka Premier Inn, a retail complex and 34 town centre apartments).

Those establishments not taken away for “rehabilitation” are probably rubbing their hands together at the £30 million face-lift for the area. There’s also been an influex of new takeaways opening up in the last few months and one recently very much landed on our radar – Havana’s Burgers & Shakes.

Boasting an impressive sounding menu, there’s an array of burgers such as the Jalapeño Cheese and Pulled Pork Burger (the Old School has been “borrowed” from Real Burger in our expert opinion). Drinks are provided in the form of smoothies and milkshakes and the Angry Fries certainly sound interesting.

We’re a bit perplexed by the naming of Pommes Frites for Sweet Potato Fries but hey-ho. Looking at the wide selection of milkshake options, it very much looks like someone has tried to merge both Real Burger and Shakes to Go. But they’re the opposite end of town…

I’ll be honest. I went to Havana’s with caution and trepidation. Not from its locale, but by the lack of responses to some questions asked about suppliers prior to my visit. Miss Milkshake very much warned me to approach the task with an open mind… so let’s find out now what we thought of their signature burger – The Havana’s.

Available as a 4oz option (£4.60) or as part of three different special offers (one being any 6oz burger, small fries and a can of drink for £7.65) this was cooked to order and arrived about eight minutes later. Not bad considering I was in a rush!

Today was the first day of opening for Havana’s so I hope they get some better packaging in the near future. I was presented with a long styrofoam container which wouldn’t be out of place in a kebab shop. This housed a chip shop style paper wrapping. Like I said this is their first day and I expect/hope this is temporary.

Inside, I found a respectable looking burger which dispelled any fears that this wasn’t handmade. Just from the smell and look of it you could tell this had been made by Havana’s and not bought in from a cash and carry.

I later asked where the meat comes from. It is from a local ethnic food store called East & West but I’m not certain where their meat comes from so the traceability ended at that point.

Back to the burger… I’m not sure what makes this patty “slow” cooked but it was okay. It had a meaty texture, with flecks of green herbs throughout. It was blatantly cooked well-done but retained a juiciness which was commendable. Its certainly not the best… or worst I’ve encountered but I am pleased to report that I was pleasantly surprised.

Although the back bacon used was pretty good and a substantial size it was definitely not cripsy bacon. Crispy bacon is streaky bacon cooked to a crisp (obviously) and this was without doubt, not the case on the Havana’s today.

Again this could be attributed to it being opening day, but please do not advertise something that isn’t on the final build. A positive on this burger was the gooey, melted Swiss cheese which was on-board. Only a subtle flavour but definitely as described so this offered some redemption from the mis-advertised crispy bacon.

The sauce is a talking point. I was expecting a Big Mac style sauce, something similar to the excellentness of the sauce on the burger I had at Burgershack, but it was very heavily mayonnaise-based with not much else to it.

Anyone with a particular dislike for mayo would run a mile from this (it is on the menu that it contains the stuff) but there didn’t seem to be much to it.

I definitely wanted more from it and it was quite unusual to have mustard on there too – I can’t recall too many burgers that pair these, with the mustard being the dominant of the two condiments used. I’d recommend a bit more development of the house sauce moving forward.

The bun raised my eyebrows as I wasn’t expecting it to be great. Certainly very good and coped with the juicy beef and copious amounts of the Havana’s sauce. Again I’ll say I was pleasantly surprised.

Finishing on the salad components there was just not enough of the rocket on here and it was completely lost. I’d also suggest putting it on-top of the hot beef instead of underneath it as all the heat and juice from the protein just wilted it.

Add more rocket and switch it around with the patty and you’ll be looking at a much better burger. I’m not a fan of fresh tomato but I left it on and to be honest with you I didn’t notice it was there the entire time.

You can take that as a compliment or an insult, that’s upto you!

Finally that brings us to the fresh onion – you get a very sharp crunch and the distinct flavour of the onion which is very much welcome and cuts through all the other ingredients.

Overall, this is not a bad burger from a place facing the BURGER LAD® treatment on their very first day of trading.

I don’t want to end on a bad note so I’ll say this now.

Yes you are a family-run business but for a discerning customer there is nothing worse than seeing a family member who is not working there walking in and out of the kitchen. Again I appreciate that it was the first day of opening but I’d certainly address that.

The packaging of the burger I’d hope you sort out as you find your feet and it would be nice to see something with the cool Havana’s logo on it. Apart from these teething problems it’s actually a pretty respectable burger.

It’s not the best in Cheltenham. Definitely not… but it’s certainly got potential. And receiving my loyalty card today I’ll go on record and say that I would possibly return… next time for the Jalapeño Cheese.

Cheltonians. When you take your jolly good jaunt down from Montpellier and find yourself at a crossroads near the beginning of the Promenade in search of a burger, nine times out of ten I’d say to head to Real Burger instead…