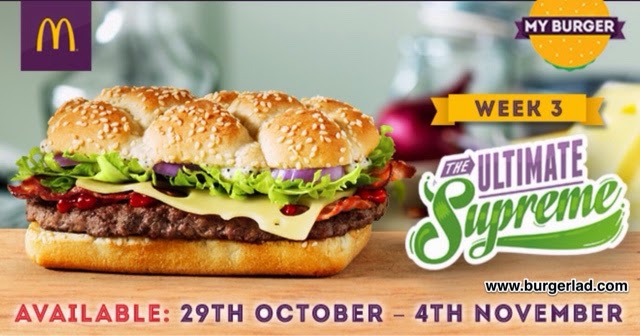 Review of McDonald’s My Burger The Ultimate Supreme

From the imagination of Dave Wright comes 100% beef, maple-cured bacon, Emmental cheese and ketchup with red onion, shredded iceberg lettuce and a pepper mayo. All in a sesame-topped bun.

Welcome to week three of the McDonald’s My Burger promotion. This week we’ll be taking a look at the latest limited time crowd sourced burger which is called The Ultimate Supreme.

Below is a quote from one of the judges, Duncan Cruttenden – Head of Food Development, McDonald’s UK.

If you haven’t seen it the full video is embedded in our My Burger Winners post.

“I guess variety is probably the key cause it’s a rotating food event, so you don’t want everything tasting and looking the same from week to week to week.”

Now we compared the Big Uno to the New York Classic in week one’s review (which is basically a bun swap and minus the mustard) so here we do our comparable table of The Ultimate Supreme vs. The Big Uno.

If you think this is a criticism because I was a My Burger finalist but didn’t make the final five please read our disclaimer from the first Big Uno review in the world.

We’re just here to present the facts. With this comparison out the way how was our experience of The Ultimate Supreme?

OK so we hit the drive-thru pretty early today as we wanted to avoid the midday Maccies marauders, especially during half term!

Now this tactic is a double-edged sword.

You know that the burger is going to be made up fresh and not fall victim to burger slide but on the other hand you have to wait a good 5-10 minutes.

Still, I was happy to be one of the first in the country to sample The Ultimate Supreme and drove off to film the latest episode of Burger Lad® TV which you can see below.

The first thing I noticed today was the smell and I knew that sweet aroma before even lifting the My Burger promotional box.

Like a 1950’s horror B movie the sound “dan-dan-dan” played in my mind as I slowly revealed The Ultimate Supreme… just look at all that ketchup!!

Now I know this is probably the world’s most popular burger sauce, but to me I have never and will never be a fan. And on this build it seemed to be concentrated all in one area instead of evenly spread across.

What I didn’t notice at the time (again today I was in a rush) was that the red onion was missing!!

Yes despite all that time to make this new burger from scratch they’d omitted one of the toppings. Such a shame… although heading through the McDrive didn’t exactly fill me with 100% confidence.

“Welcome to McDonald’s can I take your order please?”

– I’ll have The Ultimate Supreme please.

“Sorry what was that?”

– The Ultimate Supreme… the new My Burger one please.

– Yeah I’ll have The Ultimate Supreme thank you.

So how was it exactly?

Well the first taste you get is that sweet, sickly ketchup which had been liberally applied on my order today.

But being a champ I powered through the ordeal (note the Big Uno also had ketchup but nowhere near the levels on offer here).

The next flavour was quite smoky which comes from the bacon (this had a bit of fat on it) and the pepper mayo – I’ll come back to this in a bit.

The patty was pretty dry but I was impressed with the level of seasoning on it and this really shone through during the entire burger.

The Emmental cheese looked good, it was a bit rubbery to the touch and I sampled a bit on its own. No major player in terms of flavour but when eaten with both meat elements it made for a good bacon cheeseburger.

And that’s what this is in effect… a bacon cheeseburger with some additional items.

It’s a massive shame I didn’t get to try it with the red onion as intended… but luckily due to our My Burger ranking experiment it will get another chance when my team of unbiased taste testers will get to sample it.

And we’ll be back in our regular secret burger location for that one.

Towards the end I did detect a faint onion taste but I can 100% confirm this was not due to any red onion on-board The Ultimate Supreme. I think it was a slight cross contamination with the iceberg lettuce – and there was a lot of it on here!

Now when selecting the final five you do have to wonder if McDonald’s consider the purchasing of ingredients when doing this promotion.

After all, they’re not going to want five different lettuces on five different burgers across the period – hence why all five burgers feature iceberg lettuce and for two weeks running there is maple-cured bacon.

I suppose they are going to want to get as many of the same ingredients as possible for the financial gains/wastage issues/economies of scale etc. Just a thought…

I’d like to finish this review talking about the pepper mayo which was excellent.

To me, this was the shining star amongst the other toppings on The Ultimate Supreme.

It was creamy but you also got that peppery taste and when I tried it on its own I really, really liked it. It’s just a bit annoying that I found it was almost “fighting” with the overbearing ketchup instead of complimenting it like it should.

But if the feedback on the Sweet Chilli Fiesta is anything to go by (people saying it is burning their mouth from spice levels) then all people have different tastes.

So although I wasn’t a massive fan of The Ultimate Supreme you may be so please leave a comment or tweet us if you disagree.

Did it live up to its name?

In my opinion no, I’d describe this more as the Bacon Cheese Deluxe but then I’m not in any sort of position to make these decisions…

Overall a fairly sub-standard burger and far too similar to the Big Uno except for that commendable pepper mayo.

We’ll be back next week for the McPizza Pepperoni Burger and as ever we’ll be there first on day one to review it. 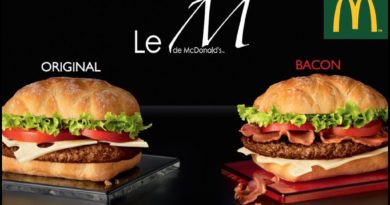 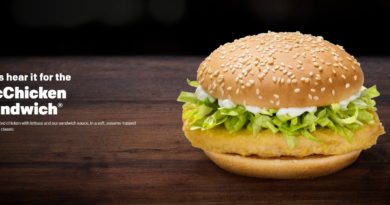 8 thoughts on “McDonald’s My Burger The Ultimate Supreme”