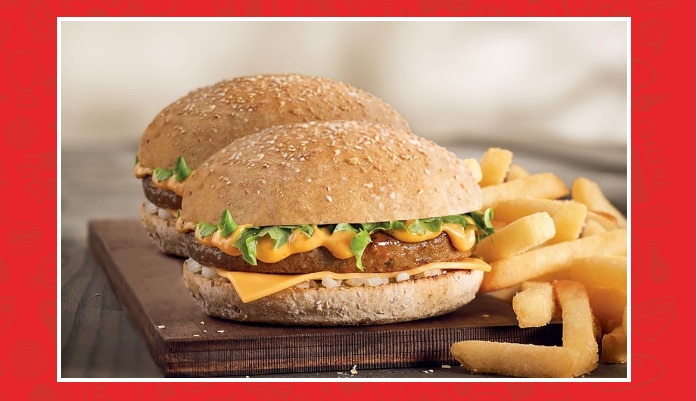 Served in a brown bun with cheese, lettuce, our delicious Special Sauce & onion.

Wimpy. An iconic British brand up there alongside other greats such as C&A, Our Price and Woolworths… All are now extinct on our High Street except one – Wimpy!

Whereas many people think that their flame has been extinguished in the UK we’re here today to let you and other millennials know that with 82 locations, they are very much alive and kicking in 2015.

Dating back to 1954, the first ‘Wimpy Bar’ opened as a specialist fast-food section within a more conventional restaurant. But due to its popularity, other separate outlets started opening serving only hamburger-based meals.

By 1970, they were a huge success and had expanded to over 1,000 restaurants in 23 countries. Then in 1974, another burger chain opened its first restaurant in the UK and the rest is history…

Bringing us back to the present day a scan of the Wimpy menu presents us with an array of options; they’ve got classic single patty burgers, chicken burgers, a gourmet range of open burgers and their ‘Big Fillers’ range – consisting of double burgers which take you up to the super-indulgent half-pounder territory.

I must say I was tempted by the Jalapeño Burger or how about the Mega Burger? A Quarterpounder topped with another iconic Wimpy menu item – the pork bender. You could write a review loaded with double-entendres for that one!

But I really wanted to review their flagship burger, a classic… one that if you say Wimpy, it is the first burger on their menu you think about. And that is The Original Quarterpounder Cheese.

Going back to that vast menu, it’s not just burgers on offer here. Breakfasts, toasties, sandwiches, salads and fish & chips are all competing with each other.

On the one hand this enables the diner a wide array of choice but on the other hand not really meaning Wimpy has a “core” product to focus on. The menu very much reminds me of a Little Chef or a Poppins Restaurant with an extended burger offering.

Anyway… let’s find out just what the Original Quarterpounder Cheese is like. With Special Sauce, cheese, lettuce and onions it is always going to draw comparisons with another iconic fast food burger – the Big Mac.

We were in Brean for a few days for a “traditional British” seaside holiday and the Wimpy here is not a regular table service, plates knives and forks restaurant, but is an “express” one with a cut-down menu – no sign of any benders either…

To be honest, I wasn’t expecting great things and walking in it looked pretty untidy and in need of a facelift.

I had a voucher for our food and only spent half of what was on the face value. The girl serving me explained she wouldn’t be able to give me back the difference and I chuckled saying that I completely understood.

Of course, I forgot to order sauce at the time so after quite a wait I was handed my food and asked for some BBQ dips. I was told that they were 20p each but when I reminded her just how much of the voucher I hadn’t redeemed she handed me over a decent handful.

What I also noticed while I was waiting was a freezer full of food.

OK it’s just like any other fast food chain to use frozen stock but never so prominent and blatant.

Again I started to doubt whether this was going to be enjoyable. Plus the fact I tried a chip (here they’re called chips not fries) and it was lukewarm at best. Which was a shame as if they had been hotter you’d be looking at a pretty respectable side of fries – they almost reminded me of the old BK fries before they ruined those.

The burger presented to me didn’t exactly fill me with confidence either. But after my first bite I was pleasantly surprised and enjoyed the flavour. The bun holds together well. Having spent £10+ in the past on “gourmet” buns that fall apart after one or two bites this was a commendable, but strange choice.

The sauce is the signature flavour of The Original Quarterpounder Cheese. It’s very similar to Big Mac sauce for want of a better description, with more of an orange colour to it.

In fact, it felt quite “fresh” and for the duration of the evening after eating this I didn’t get that “fast food fatigue” that you often get eating other High Street brands.

The Special Sauce is complimented by a respectably fresh lettuce and onion combination which is enjoyable and again gives that Big Mac association in terms of flavour and texture – the similarities are obvious between the two.

At first, I thought the cheese was missing from this build but after some exploratory work on my part I found it tucked away under the QP patty. Just your standard processed slice of cheese but a welcome addition all the same.

That brings us to the patty. The honest appraisal is that I have had better. And I have had worse. But for what it is and for the price it’s fairly good. And I refer you back to the lack of “fast food fatigue” later that evening.

A bit more seasoning wouldn’t go amiss on the Wimpy Quarterpounder patty I had today. But anyone tempted to try this after reading the review, I can really only describe it as a nostalgic trip (I don’t believe I’ve had a Wimpy in 30+ years!!).

This was keeping Brits happy way before the term “gourmet” was invented and the dirty burger scene exploded onto these shores. But that was four decades ago…

Everyone I have mentioned Wimpy to recently has said “I haven’t been to one in years and there used to be one in X or Y.”

I’d like to see Wimpy really try and hit home on that nostalgia while reinforcing their company as a Great British brand. I’d recommend taking a trip to one of their (generally) sea-side locations just to take a trip down memory lane.

Overall, I wasn’t expecting too much from The Original Quarterpounder Cheese from Wimpy but honestly when I took my first bite my eyebrows raised and my preconceptions were changed.

I was definitely enjoying it and if I had the chance I would have this again and pay full price too.

I will be looking to follow-up this visit to one of their “proper” restaurants to get the full-on Wimpy experience so keep a lookout for that one.

Like I mentioned above, we did get some vouchers but this had absolutely no impact on our review. It was good to see a menu of just burgers in Brean because I believe this is their core product and we will certainly be keeping a close eye on future Wimpy initiatives. 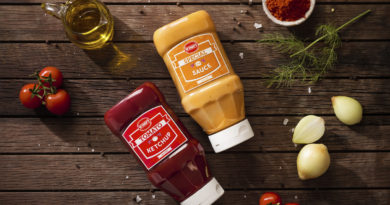 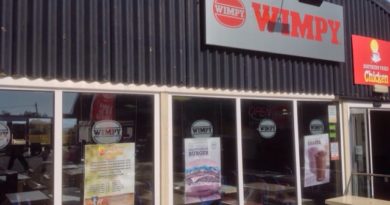