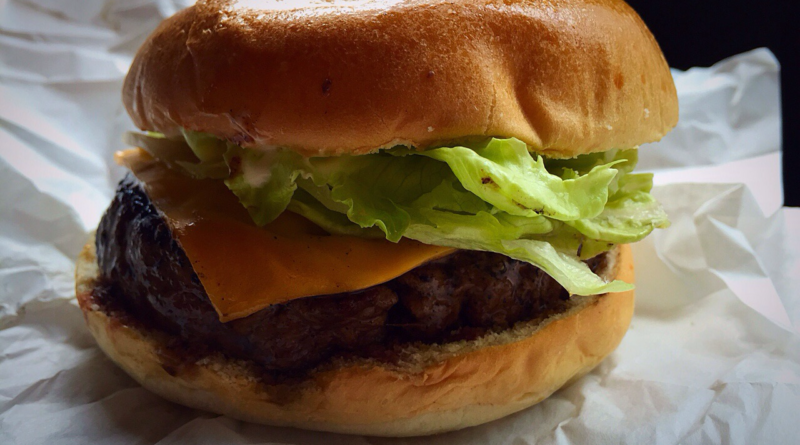 From ‘pop up to permanent’, Tommi’s Burger Joint is a new and intimate American-style burger restaurant.

A stone’s throw from both Patty & Bun and MeatLiquor, Tommi’s is in illustrious burger surroundings. This little place from the Icelandic chain also has another venue on Kings Road in Chelsea.

I don’t like Chelsea, so I’m at the Marylebone place.

A very small burger menu with a changing special and a choice of soft, alcoholic drinks and shakes. I’ve decided to have a chocolate shake today.

I put my order in and was told the default cooking is medium, but I could have a choice. Nope, that’ll do nicely.

I sat down and my shake appeared quickly. For its price (£3.90) it wasn’t huge but it was really rather lovely. Just what I wanted at that moment.

The furnishings are functional and quite spartan but the decor of fairy lights and cardboard/marker pen menus and photos brightens the place up. It works well.

The welcome was also huge and the atmosphere incredibly laid back. How it might be on a packed evening, I don’t know. I’d heard terrific things about the burger here.

One of the newspapers, according to a cutting on the wall in the loo, referred to it as the best burger in London. That’s a London thing I think- to people in London, the rest of the country doesn’t count, and everything is the best something-or-other in London to someone.

So I take that sort of thing with a pinch of salt. I’m going to find out for myself, and at BurgerLad.com you know we don’t just restrict ourselves to the microcosm within the M25.

There was quite a wait for the burger but I wasn’t in a hurry. Even if I had been, the laid back pace of the joint and the hard rock soundtrack soon would’ve chilled me out anyway.

When it did arrive, it was presented in a light basket and plain white wrap. Scandinavian minimalism I suppose.

The construct was a small shiny bun, a thick patty with obvious seasoning, a slice of cheese, lots of lettuce and a bit of mayo.

All the classics, all done well. I know I sound like a broken record but all the greatest burgers are the simplest ones.

This was one of them. The other thing I repeat a lot is that the quality of the meat makes or breaks a burger.

Very much MADE here. This was fantastic beef.

You might not be able to see in the photos, because the sun was streaming in through the windows, but the loose texture of the meat inside the pink zone was about as good as it gets.

This was meaty meat. I can’t comment on the regular patty here but this steak was extremely enjoyable.

The cheese was of the American slice variety and the lettuce was plentiful. Perhaps too plentiful. If I had to dig out any criticism of this burger it would be that it had twice as much lettuce as required.

But that’s if I were really pushed. It’s lettuce after all, not pickles, so it didn’t affect the taste. There was nothing else wrong with this burger whatsoever.

The bun was perfect and looked great. Again, it may not show very well in the photos because of the brightness, so my apologies for that. In hindsight I should have chosen a more interior seat.

But the meat was of such a high quality, you could happily eat it on a plate on its own in a place like Hawksmoor, where meat is taken very seriously.

I completely tuned out all the other components, as fine as they were, as my taste buds honed in on the beef.

Incredibly joyous, a real happy feeling when I’d finished this. A great place, a great burger, and great meat. Check, check and check.

Oh, and the chocolate shake was so nice that I ordered a second one!

I left with a full belly and a happy smile. 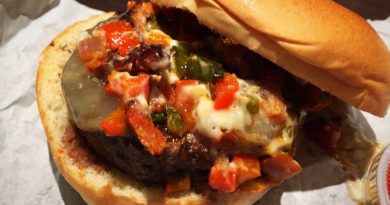