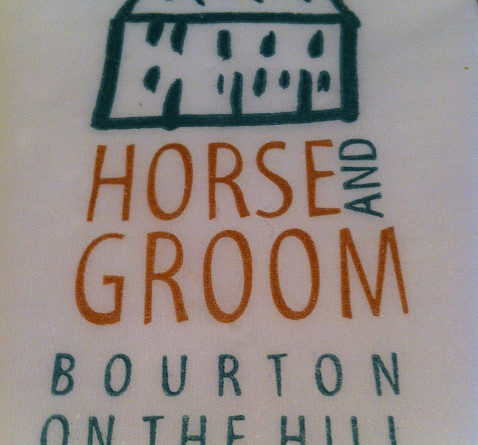 Welcome to our very latest review on Burger Lad®. We encourage guest reviews here as we like to give our audience what they really want – burgers!

Where? The Horse & Groom, Bourton-on-the-Hill. 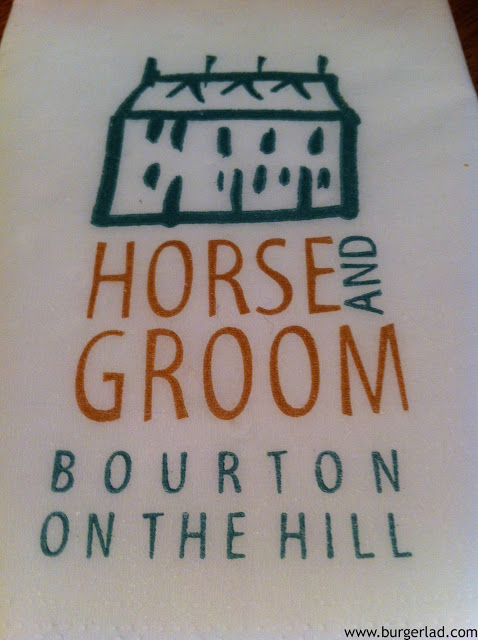 The Horse and Groom in Bourton-on-the-Hill is a delightfully picturesque gastropub (if I’m accurate I think it’s a class-or-two above a gastropub really – although the definition seems vague) situated mid-way (ish) between Cheltenham and Oxford. Seated deep within the Cotswolds it has hearty competition from a myriad of other quaint and excellent pubs of the gastronomic variety, however, I knew from a previous visit that the food here was a cut above the rest.

My last visit, for example, involved a pork chop so succulent that upon its consumption I found myself blushing and felt slightly ashamed; I subsequently considered (and many may say succeeded in) becoming an absolute and unadulterated porker. It was, therefore, an exciting moment when offered the chance to sample more of this establishment’s culinary delights…

The Horse and Groom don’t do menus. They’re P-O-S-H! The Head Chef, Will (I think his name is), prides himself in creating exciting and high-quality dishes using fresh, local ingredients, and because of this the menu is a constantly evolving blackboard of temptation. Since this visit represented my first trip as a member of the bWo, I felt obliged, morally, to sample something befitting the Burger Lad ethos – which, if you haven’t worked it out by now, is something along the lines of: Just Eat Burgers!

Upon initial inspection of the blackboard, I was plunged into the very depths of hell as I could see no mention of burgers? There were plenty of dishes I deeply desired, however, I had a purpose from which was not going to be swayed. I immediately got on the Burger Phone, and my irrational fear was swiftly eradicated by Burger Lad®, who, from the Fat Cave, informed me of my blatant inability to read and pointed me towards the (bunless) griddled dexter beef burger, with red onion marmalade and horseradish mayo. 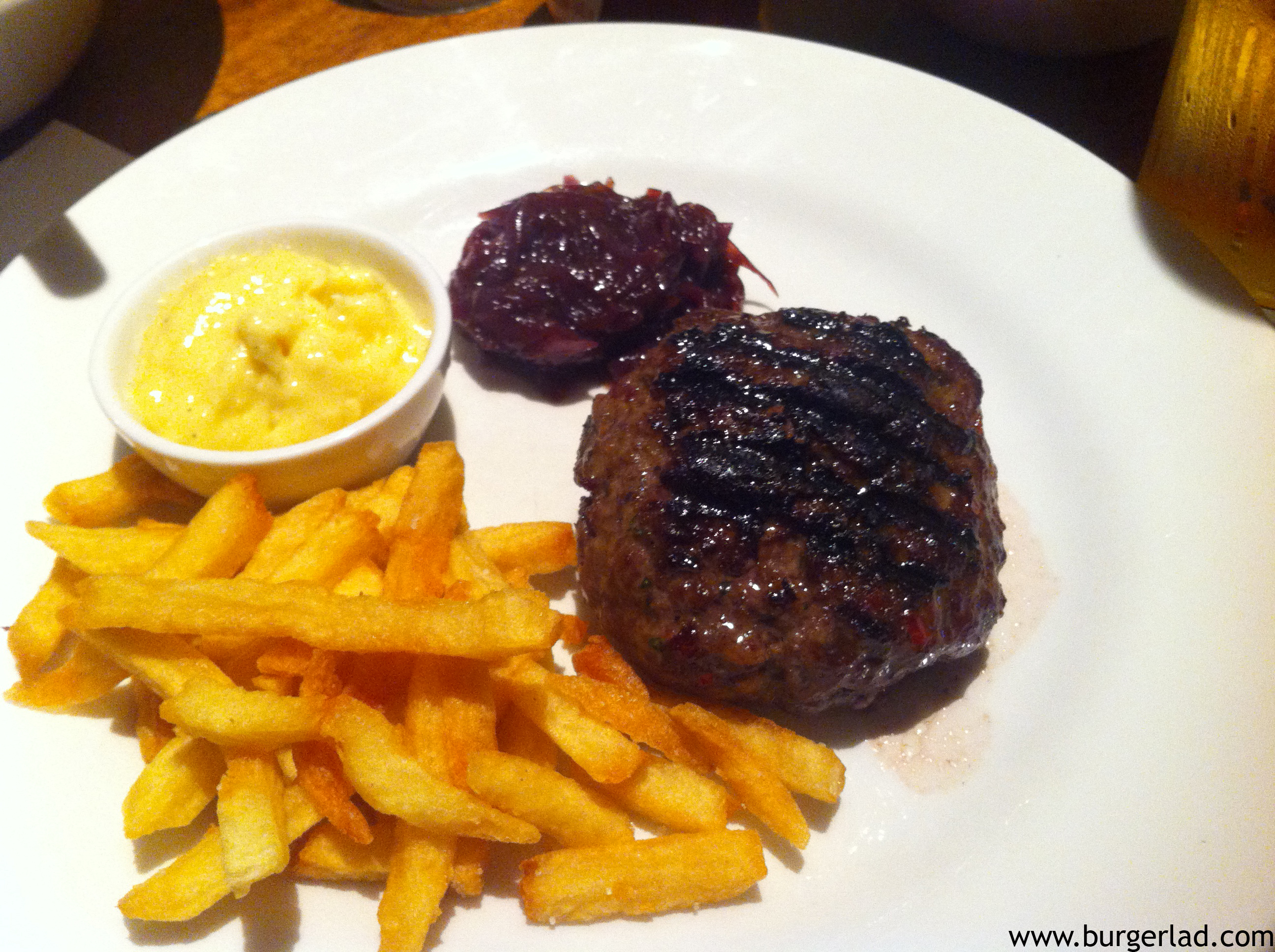 “Holy horsemeat Burger Lad®, how did I miss that one?”

So the order was placed, and it duly arrived. 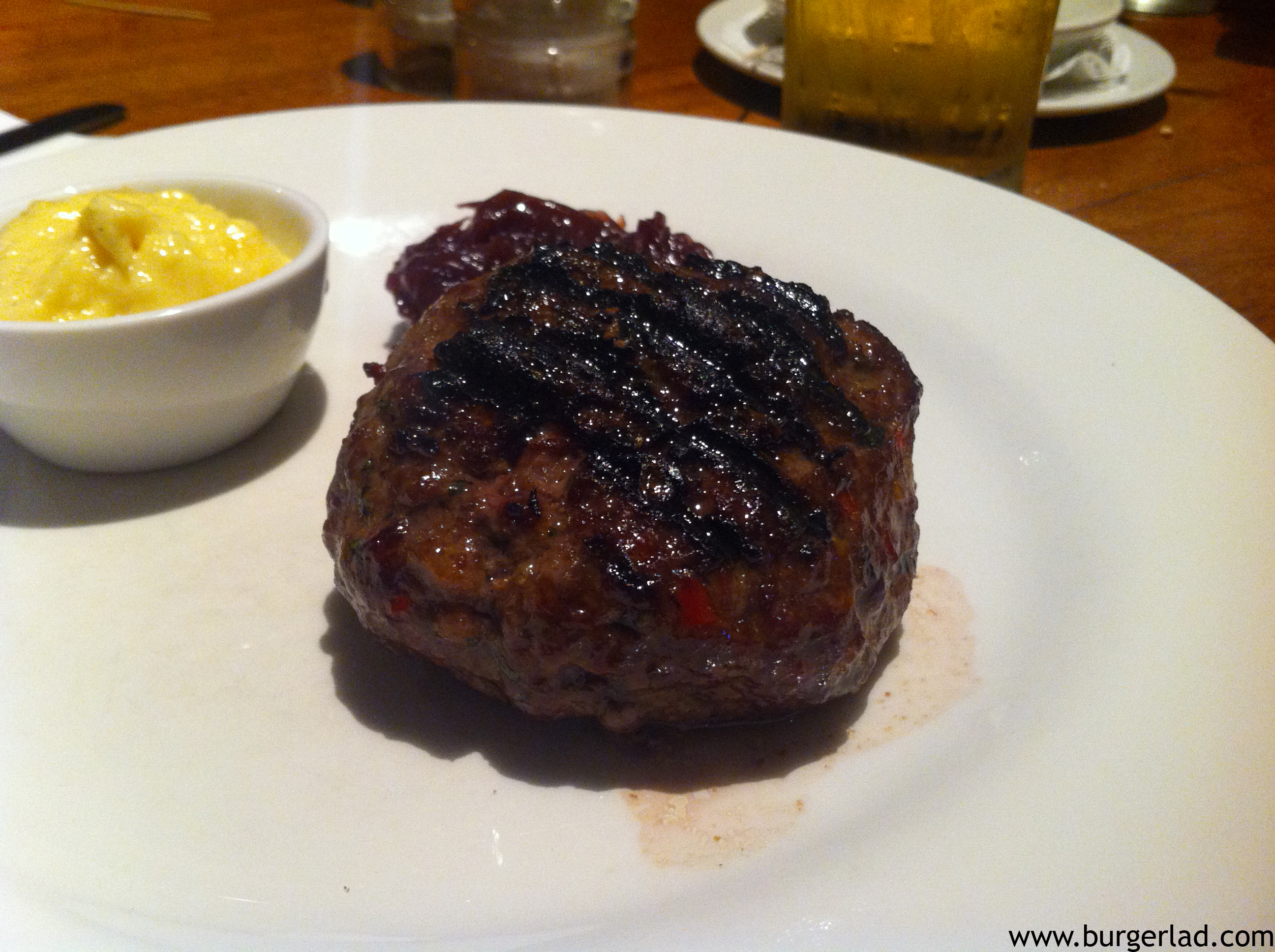 I think that the photos show the quality of this burger: slightly charred, succulent, (obviously) meaty, perfectly seasoned, and delicious. Really pretty damn fine in all respects… Nearly…

I don’t really want to complain about this burger, as I said, it was absolutely delicious, but I have certain expectations when it comes to this prototypical food. I just don’t understand why the bun would be omitted and not replaced with something? Toasted sourdough, or ciabatta, flatbread, fougasse, or even pitta, but don’t just drop it completely?! It allows such further creativity! There was no salad, cheese, bacon (ok, so I have become that porker!), and I just can’t help feeling that it felt a little like a lecture on “appreciate the quality of the meat”, which I think people will or won’t do, irrespective of the inclusion of some bread-based surroundings.

Don’t get me wrong, this was a damn fine dish. It had a proper “steak haché et frites” chique feel, and I’d highly recommend that my family and friends try it. Aside from the clear quality of the meat, the chips were excellent, and the onion marmalade and horseradish mayo were welcome inclusions. But as I made my way out of the pub I had a feeling as though the meal had lacked something. I know it was sold as a “bunless” burger, and so I shouldn’t really take too much umbrage with its omission, but, to me, it served only to highlight the need for something else – probably a decent salad… perhaps a bit of cheese… and some bacon?

As Burger Lad® often tells me “one in the bun, no harm done”, and I can’t help feeling that this wise advice would have turned the Horse & Groom’s (bunless) griddled dexter beef burger into an absolute masterpiece.