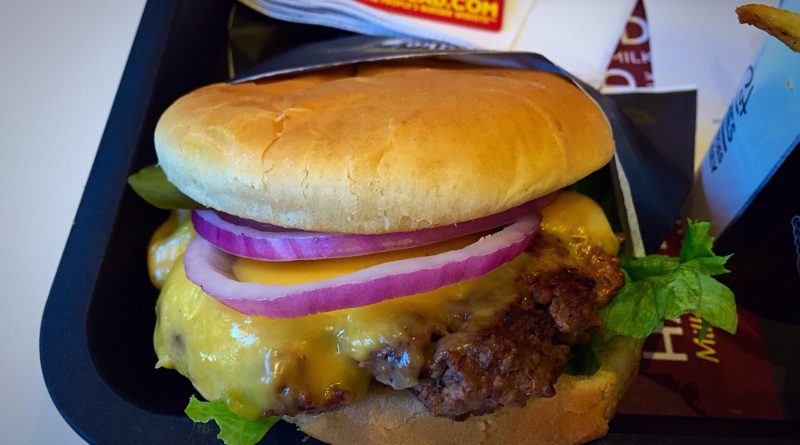 Steak ‘n Shake is a classic American brand famous for the original Steakburger and hand-dipped milkshakes.

Having spent considerable time going through the menu online, mouth dribbling at the huge choice, and eventually choosing a Wisconsin Buttery, I was crushingly disappointed when I stepped through the doors of Steak n’ Shake in Tempe.

Why, you might ask? Well, the menu with which I was presented here bore utterly no resemblance to the one on the website.

I asked the very friendly girl at the counter and she explained that “they” (presumably head office/management) were assessing the menu to see what to keep and what not to keep.

So my choice of burgers was the Original Double Cheese or the Signature steakburgers.

My frown, as they might say here, soon turned upside down however, when I saw something on the left of the counter. It was a fridge. And it had bottles of wine in it.

My disappointment vanished. Draught beer on the counter of a fast food outlet is the coolest thing since the invention of air.

I chose a pint (bearing in mind that here, a “pint” isn’t exactly a pint – it’s more like about 2/3 of a pint) of Dos Equis. It’s a lager of sorts and I think the name is Mexican for Two Somethings, rather than anything to do with a computer operating system.

I took my beer to a table, along with a buzzer which was going to buzz when my burger was ready. I took a sip of my Two Somethings and looked at the time. Barely 10 o’clock in the morning. Very hard to imagine this in the country that once had something daft called “prohibition”.

As my buzzer buzzed, I went to get my burger and walked past two Coke Freestyle machines. The place may be called Steak n Shake but it’s the drinks that won me over here.

I got my burger and fries in what looked like a deep roasting tray. The burger looked gloopy and good, and the fries were of the shoestring variety which are normally terrific.

I ate some fries. But salty but otherwise indeed terrific. Despite their thinness, they even had bits of skin left on.

Onto the burger. A 6oz patty with the usual US trimmings – big bits of pickle, red onion, lettuce and cheese.

As I’m often finding here, the thick chunks of pickle are a bit too much for me. But the steak and onions were really good.

I think what won it for me was the classic twinning of patty and cheese though. The place has the word “steak” in the name so one sort of expects a good quality meat. And that’s what I got. Knobbly and crusty and misshapen on the outside; soft, meaty and melty on the inside. This was really good, well above fast food quality.

The melt-in-the-mouth nature of the meat reminded me of Shake Shack – and that’s a very good comparison [see BL’s review here].

And the cheese was suitably melted all over the meat, which only enhanced the soft floatiness of it. Delicious.

I discovered afterwards that I could have added grilled onions and/or bacon for extra cost. I wish I had, and I could have done without the pickles.

But that’s a minor thing. I hope they do bring back some of the other burgers shown online because the meat is really good.

I enjoyed this, you can probably tell.

Great service, decent prices, good fries, fantastic meat and outstanding choice of drinks. Steak n Shake is one not to miss. This particular one was in Tempe, Arizona, but I think you can find them all over America. 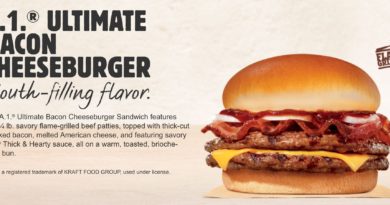 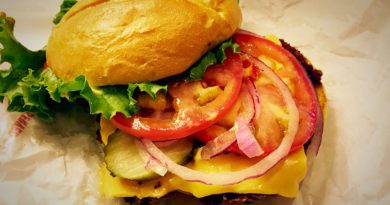 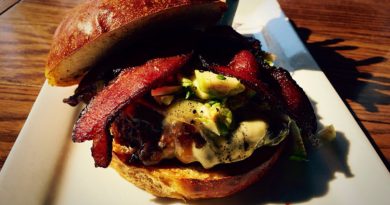