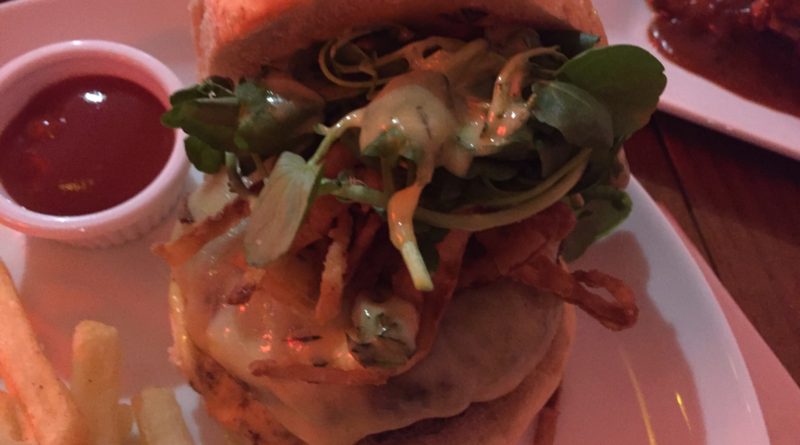 Quite recently there was a special at Solita called the Dry Aged Burger. It was a 10oz dry aged patty with bearnaise sauce and it was, by all accounts, fabulous. One of the best ever at Solita.

Well, all accounts except mine, because I didn’t get the chance to have it. I did however get to visit Solita’s fantastic new Preston venture during its slick soft opening period, and I noticed that the Dry Aged was still there (sort of) under a new name – the New York Style. But it was rather more than just re-named and was rather less than fabulous, by Solita’s high standards.

Before I get stuck in, I must clarify that this was a good burger by any general yardstick, but compared to the wondrous things I’d heard about the Dry Aged and indeed compared to other Solita burgers, this one was a bit ordinary.

Anyway, back to the beginning a bit, and into Solita’s new Preston branch which seems to have been bought, announced, refurbished and opened in the blink of an eye (more than making up for the loss of its Deansgate Steakhouse).

It’s a large space with a slightly clunky layout – almost the entire restaurant is hidden behind the bar, but it has taken the previous owner’s 90s terracotta decor and dragged it into the 21st century with a splash of artwork, a liberal dash of neon, lorry-loads of white paint and a set of Angel wings on the wall that are going to appear on social media for years to come.

On this particular evening, a number of young and probably brand new staff were pretty much on the ball and the presence of both Ops Manager Daniel and owner Franco seemed almost unnecessary. The menu was very familiar of course, and I was unable to resist the draw of the cheeseburger spring rolls, and I’d already made up my mind on the New York Style.

Service, as I said, was quick, helpful and friendly. My New York Style was with me in no time. It’s not a big burger, certainly compared to behemoths like the Once In A Lifetime or the Big Manc, and instantly I clocked the seeded bun in place of brioche.

I did check beforehand if it was the same as the Dry Aged and it wasn’t. The special 10oz patty has now been replaced with the regular 7oz chuck patty that appears in other Solita burgers. There is absolutely nothing wrong with the latter (it’s a very tasty chuck blend cooked in the Inka grill) but it just isn’t as special as the 10oz apparently was.

I took it anyway, because I had my mind set on it, and I’m of the school of thought that says bearnaise is an incredibly underused burger topping.

So there it was in front of me – seeded bun, 7oz patty, cheddar, watercress, crispy onions and bearnaise. Other than the patty switcheroo and the fact the beef was cooked through (sadly the case with all Solita burgers now), was there any other less-than-perfect issue with this burger?

Well yes, sort of. I did feel that the bearnaise could’ve been a touch more generous. When the burgers were served medium, there was meat juice to help with lubrication. Now they are cooked through, there’s more pressure on other ingredients, sauces most obviously, to carry the weight, and here it was a little conservative.

That out of the way, I went on to enjoy another terrific Solita meal. Yes, these things are worth pointing out, but Solita’s benchmark is so high, not every burger can be the best.

On inspection, the patty was pretty thick, covered in a perfectly melted cloak of that cave aged cheddar. On top of that was the watercress, bearnaise and crispy fried onions. Along with rocket, I do love watercress as an exciting alternative to lettuce. I say exciting, because although it’s a good thing for the eye to have greenery in burgers, lettuce itself almost never does anything for the taste buds. Rocket and cress bring something slightly different to be party – subtle yes, but different nonetheless.

Jumping onto the bun briefly, and one of the reasons brioche is so ubiquitous is the fact that is robust and usually prevents crumble. However, not every brioche avoids crumble, and not every non-brioche crumbles, if you follow. This seeded bun here did the job perfectly. It looked good (and I must say the whole thing looked far better than the reddish lighting in this windowless room allowed for).

The cheddar was one of those deliciously strong ones that I absolutely love and its application was thick enough to come through.

The bearnaise came through as well, even despite its paucity, and I can’t say this often enough: far more burgers should have this on them. It gives a subtle sourness with a particularly unique savoury flavour which elevates the beef in an absolutely perfect way.

On top of all that sat the onions – this burger was a complex arrangement of fairly subtle flavours and textures all working perfectly.

In summary, it’s yet another example of why Solita are the captains of innovation, and innovation doesn’t always require big, bold ingredients and wacky toppings. This one is quite a grown-up burger, and its few detractions notwithstanding, it’s very, very satisfying.

I do regret not having this burger in its original form, but I’m pretty glad I had this nonetheless. It will not be my last Solita burger, that’s for sure. 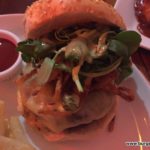 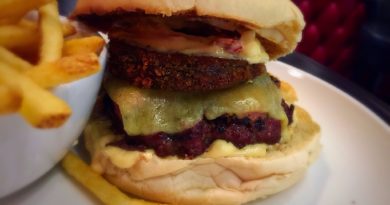 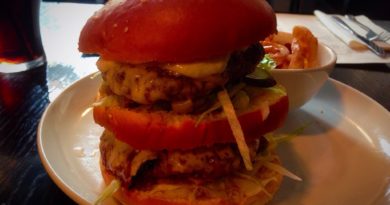 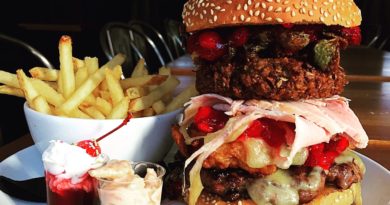