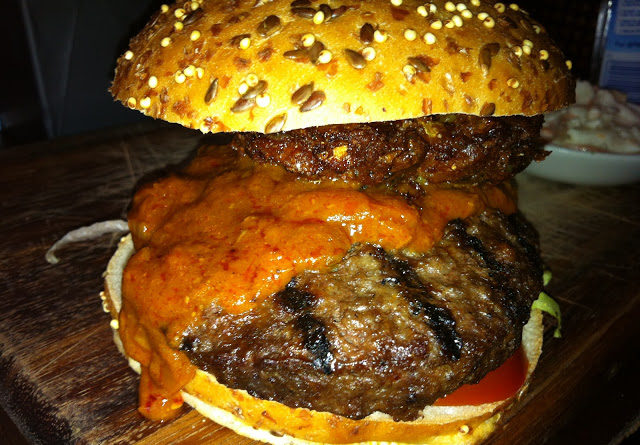 Our burgers are served in a soft multiseed bun, along with tomato, lettuce and mayonnaise, plus chips and coleslaw on the side. The Bombay – our classic burger, topped with onion bhaji and a mild Madras sauce.

Well… I was tipped off about the burger menu at The Slug and Lettuce last week and as expected, within seven days here I am trying the one that immediately called off the page to me.

I must admit, ‘The Ultimate Stateside’ sounded tempting but being a fan of curry and it being an extremely cold day I thought I’d give The Bombay Burger a test drive. I know many burger purists would not agree with this Indian twist of the classic burger but I was willing to give it a try (albeit without the mayonnaise).

We chose our own seats as there were no staff to show us to a table (a forewarning of things to come) but this suited me as I like to pick where I sit.

I find it a truly British trait to be shown to a table that you are not entirely happy with only to say “yes that’s fine” when asked if the table location is OK. Watch for it, I see it all the time. Not me though, space permitting I will always ask for the table I want – sometimes to the surprise of the waiting staff. Anyway… I digress.

On a Sunday kids eat for £1. This makes the bar/restaurant a popular destination for families and I can see why with a good sized main, a drink and two scoops of ice cream – despite this it wasn’t overly busy inside but not deserted either. I did have to catch the eye of a server though to get them to come and greet us and take our order.

The burger arrived in fairly good time and on initial impressions looked quite good. I could immediately smell the distinctive aroma of the madras sauce. The size of the burger was pretty much spot on and wasn’t stacked too high causing it to topple over or wonder how you are going to eat it. 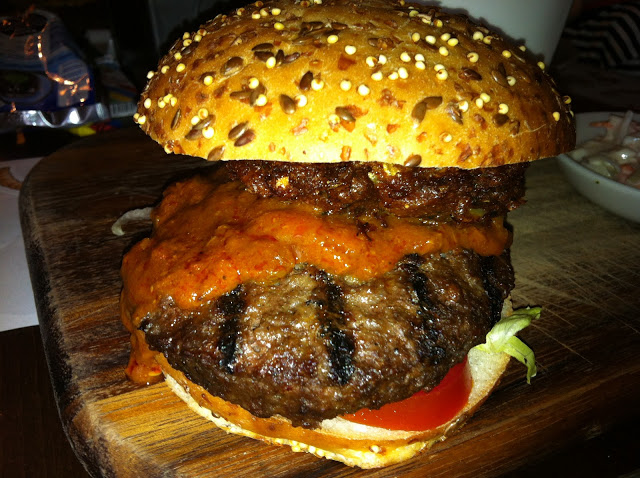 I noted that the burger, chips and coleslaw were served on a wooden ‘plank’ style platter and remembered my previous review (see below). Both premises are located pretty much next to each other so I wondered whether this presentation style had been copied from the other establishment. 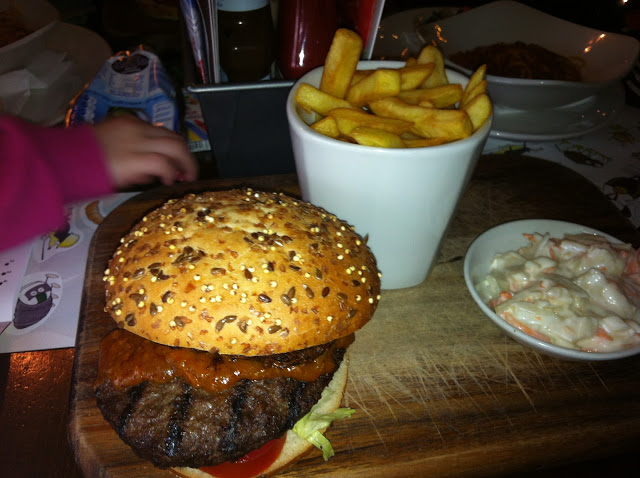 The burger itself was enjoyable and the taste and the texture of the meat did not feel processed and had a ‘homemade feel’ about it.

I was quite impressed with the quality of the burger and would definitely try ‘The Ultimate Stateside’ on another visit.

The mild madras sauce was as it stated – it wasn’t anyway as near as harsh as Indian takeaway madras but did give off a slight heat.

I would describe it as being similar to a Sharwood’s jarred sauce but this is not a criticism. I think it worked, I know some people would not be keen but I thought it was good. The bun also held all its ingredients well together.

The onion bhaji was OK. I had hoped for a crisp, distinct flavour and texture but it almost got lost.

You definitely knew it was there and there was a slight hint of onion and overall did its job of fusing with the madras sauce. I would describe the texture as being quite ‘soft’ compared to the crispy Indian starter you have in restaurants and takeaways.

One thing I would have changed would be to have served the lettuce on top of everything as underneath the burger, sauce and bhaji it had gone a bit sad but this was only when you dissect each individual component.

Take a bite not worrying about this and it is a solid burger which achieves what it sets out to be – an Indian take on the classic hamburger. It’s not the first of its kind but is a fairly novel idea and not overly common (I know Gourmet Burger Kitchen and Handmade Burger Co. have similar menu entries).

The chips were fairly standard but to be honest I enjoyed these more than my previous review and was happy to be supplied a separate BBQ dipping sauce. I am not a fan of coleslaw so passed but was told it was “nice and creamy”.

The service was a bit of a downside. We sat waiting for our plates to be taken away (in fact the kids had their dessert and we paid and left while the plates still sat there (or on the adjacent table)) so that was a bit of a negative and a pet hate of mine.

Anyone that has children will know you can’t wait around for a long time in between courses as they get restless. Again I had to call someone over to fetch the ice cream but the previous courses plates remained – not good in my book wherever you are.

But let us not end this review with a bad taste in the mouth as ‘The Bombay Burger’ was far from that.

Like I said earlier, burger purists would probably scoff at the thought of this burger but I would give it a thumbs up.

What would really make this burger would be to have some fresh slices of red onion and coriander (cilantro) to give it another dimension. Overall good, it may not suit every taste but I would definitely recommend it. 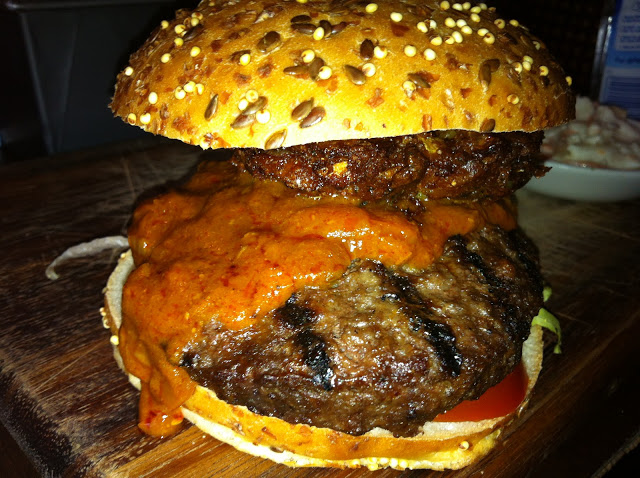