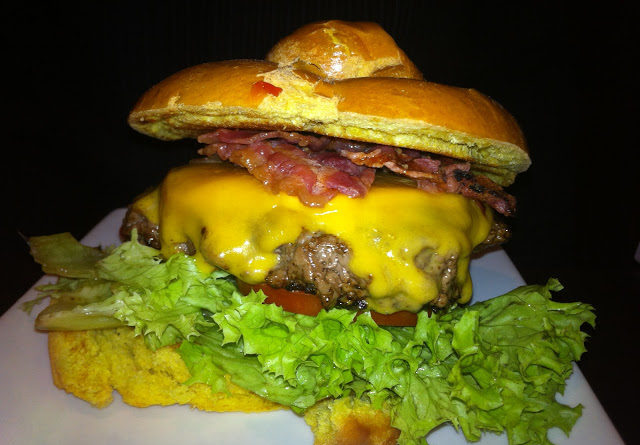 Our chefs prepare all of our burgers to order with only the freshest ingredients. All are topped with fresh leaf lettuce, vine-ripened tomatoes, and Rubys mayonnaise. Triple Prime burgers are also topped with pickles and red onions. Served with one side.

I did worry that this blog would be a shameless promotion of places I have visited and every review would be positive and have nothing bad to say. I was wrong.

Now don’t misinterpret this review, I like Ruby Tuesday. I have been on two occasions and both times came away feeling both happy and satisfied (previously having had the Smokehouse burger and one of their 9oz steaks).

So what happened this time?

On a wet Tuesday night six of us descended to Ruby Tuesday in search of beer, burgers and fries. We found all three!

We were led to a table near the bar and were sat at stools – some people have mixed opinions on sitting on stools but for this occasion it didn’t matter to me. The TV screens above the bar give you a feeling of an American Sports bar but sadly we had to sit through Liverpool FC TV showing us the greatest Ian Rush goals. Anyway…

The atmosphere in the place is good, it was quite busy so the restaurant was filled with chatter and I took note of the pleasant relaxed lighting. There is a massive selection at Ruby Tuesday of burgers, steaks, seafood and salad and we were quite amused at the wine menu having the classifications of House, Good, Better and Special.

So… the burger of choice? I was going to have the Smokehouse burger again as I thoroughly enjoyed it last time and wanted to review it. Having been tweeted by Ruby Tuesday earlier that day to try something different I went with the Triple Prime Bacon Cheddar Burger. This was described as coming with aged cheddar and smoked bacon and the pickles and red onions.

The burgers arrived promptly and we all went with the endless fries Ruby Tuesday offer, it was a good job as the initial portion was quite small. One of the table noted that the server also knew exactly which burgers each of us had ordered instead of having to ask us which was impressive.

As usual I had asked for the mayonnaise to be left off and was glad to find this was the case. Unfortunately I discovered there were no pickles or red onion which was disappointing as the menu clearly states that ‘Triple Prime burgers are also topped with pickles and red onions’. Even more annoying was the fact that two friends with Smokehouse burgers did have pickles and red onions but they weren’t supposed to. The waitress quickly took mine back to the kitchen and returned with the fix.

The burger was thick and the cheese just oozed all over it but it came in a brioche style roll which had a buttery flavour – this was the biggest let down as it just disintegrated while you were eating it which really took away some of the enjoyment. The burger tasted OK but it didn’t really jump out at me. The texture and flavour was meaty but it didn’t justify being called a ‘triple prime’ when others seemed to be as good, if not nicer. 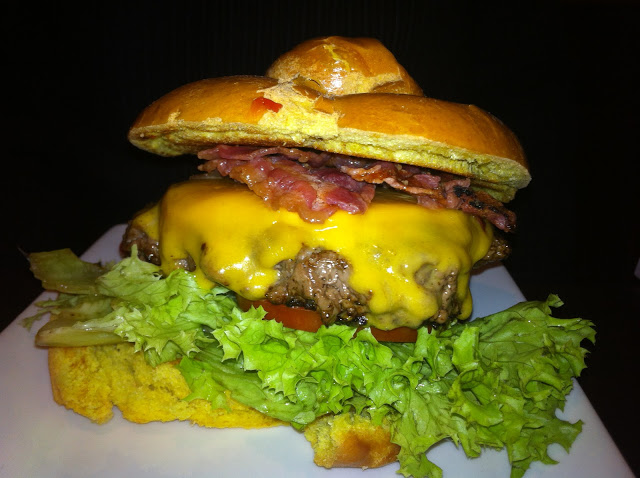 The cheese had a slight taste to it but wasn’t overly strong and was very thick. To be honest I didn’t really notice the bacon but it was cooked well and there was a generous amount. The endless fries kept coming and looked good! They still had their skins on and were quite enjoyable dunked in the BBQ dip I asked for but I wanted them just that little bit crispier.

In the end though we were all fried up and couldn’t eat anymore. We did note that you are not asked how you want your burger cooked which might be a nice touch if Ruby Tuesday does this in the future.

Overall my burger was fairly tasty but just didn’t hold well together and turned into a bit of a mess. Having previously enjoyed my dining experience at Ruby Tuesday I would still return for another visit but would probably give this burger a wide berth in the future. So the question would be what would I have next time? Probably not the prime…

Here is a picture of a Smokehouse burger (still my favourite!) 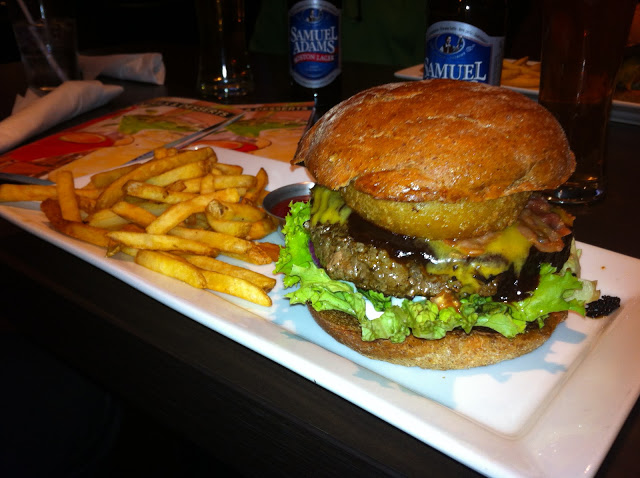 And the Boston Blue Burger… 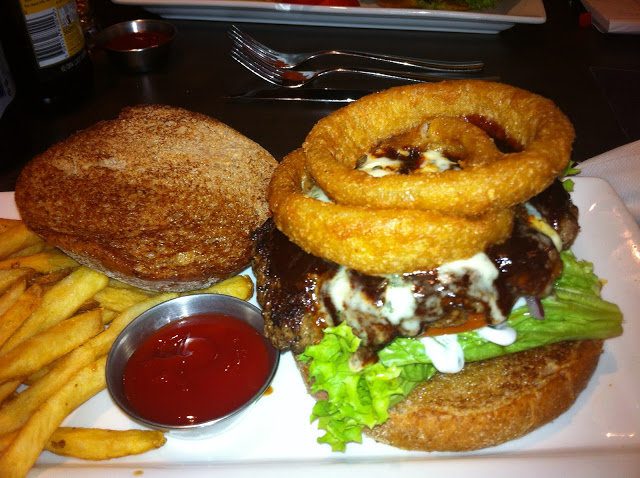 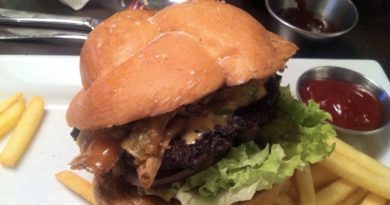