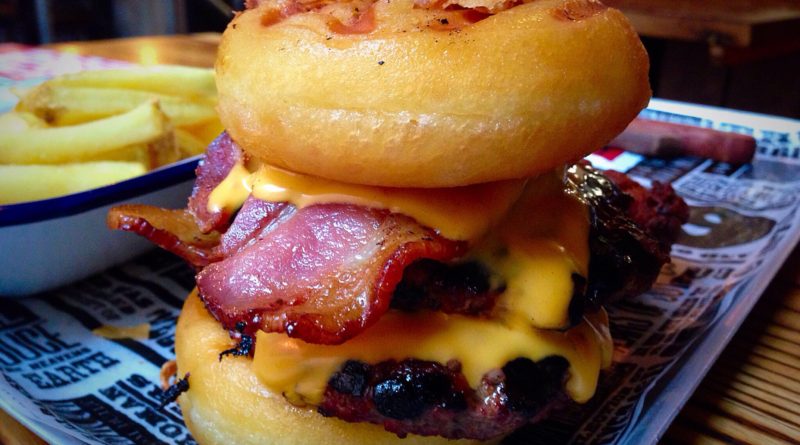 It’s summer and it’s cold and wet, so I must be in either Manchester or Glasgow. Today it’s Manchester and I’m visiting Red’s True Barbeque (recently opened, with its original branch in Leeds).

Reds is seemingly an American-style barbeque joint. The website makes that clear and from the minute I sit down and listen to the good ol’ boys music playing, it’s definitely going for a Hazzard County kind of tone.

I sit down and order a drink. I put my pad on the table to begin writing, and there it stays. I think I’ve found the world’s stickiest table.

I’m being brave / stupid today and I’m here for one thing only and that’s the Donut Burger (yep you read it right the first time – as they say in the menu).

A cursory read of the internet beforehand suggest this thing clocks in at some 2,700 calories, which is more than my daily allowance!!!

It’s served with spicy Hush Puppies, whatever they are (I’m assuming not the icy drink) and skin-on fries. I’m not sure if these are included in the 2,700 calories or added to it. Either way, I’m 110% sure I won’t be having dessert…

Anyway, the donut burger is a double cheeseburger with melted cheese, bacon and wonderfully named “dirty sauce” inside not one but two glazed doughnuts.

The kitchen, or the barbeque pit I suppose, is open. The smells doing from there are bloody fantastic. I’m here for a burger today but I’m definitely going to have to come back for ribs someday.

The decor is a bit Crystal Maze Industrial Zone and I half expect Richard O’Brien to pop up and shout “start the fans please!”

As I put my order in I ask the very helpful young waiter what hush puppies are, and apparently they are sweetcorn, jalapeños and dough all fried up. Interesting.

While waiting, I realise this would be a fantastic (and probably busy) place to spend an evening without car keys. Extensive and interesting drinks menu and a juke-box you can control by downloading an app to your iPhone.

I tried the fries first and wasn’t blown away. They were nice but not outstanding. The hush puppies were doughy right enough, with that great jalapeño kick, but definitely could have done with something to dip into – there was a range of sauces on my table.

The burger itself looks small. Compacted calories I guess. Lovely and dripping cheese.

I’m not sure how I’m going to eat it because the donut is so sticky, and it’s quite tall. I think it will be a case of knife and fork. A wet towel is provided for wiping up at any rate.

What stood out most actually was the meat – it was fantastic. It had the dirty sauce all over it and made me absolutely convinced I’ll be having the ribs here before too long.

The sweetness of the doughnuts came through with every bite and it was fascinating. I kept coming back to the meat though. It tasted amazing and that barbeque sauce – wow!

In fact, the table next to me had what I assume was Red’s Pit Burger and a part of me wished I had that instead of, let’s face it, the gimmick.

The gimmick though, was incredibly moreish and actually not that difficult to finish.

I think you already know the answer to the question – would I have it again? But would I recommend Red’s? Yes absolutely. As a place of great meat, certainly.

So there you have it. Red’s Donut Burger. Quite unique. Definitely interesting. Actually tasty. Red’s BBQ as a whole – great place. 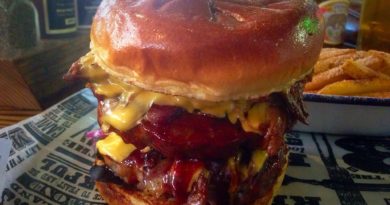 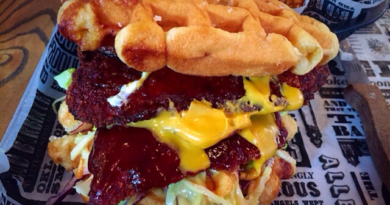 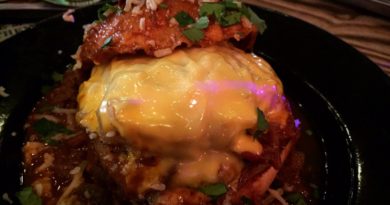