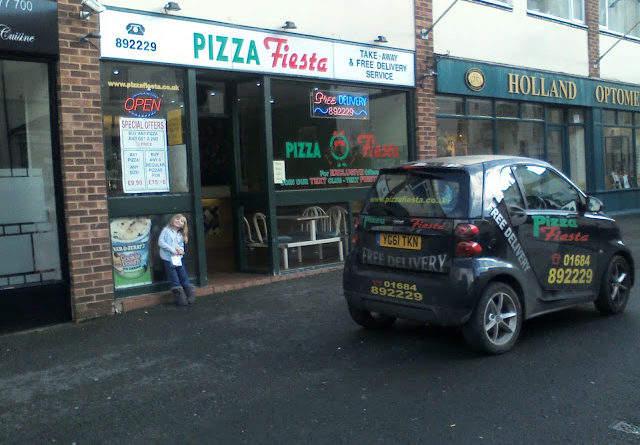 Review of the ‘lunchtime special’ from Pizza Fiesta, Malvern

If you’ve tried the rest then you know we are the best. We serve a variety of freshly made pizzas to suit all tastes.

Pizza Fiesta… anyone that knows me will testify that Pizza Fiesta and I go back a long way. I think this 20+ year affiliation dates back to when they opened in 1989, when the extent of Malvern’s takeaway offerings was limited to a Chinese or two and a number of Fish and Chip shops. Long before any ‘dominating’ pizza chains arrived…

I will always remember my first Pizza Fiesta. I was around the age of 11 and had been swimming at the local ‘Splash’ leisure centre. The three of us walked to this new pizza place and I chose an exotic sounding Hawaiian (my previous pizza experiences had probably been limited to those small cheese & tomato ones you’d get in the freezer section).

This was the start of a long relationship which would include highlights such as passing our driving tests and being able to go whenever we liked (I remember my first car would often have an empty box or two thrown in the back), daily lunchtime specials when working nearby, amazing an older friends brother in the speed of which I ate one (“look at him with all those jalapenos”) and actually working there for a while in the cut throat world of pizza delivery (in that time an old friend of mine infamously wrote-off one of their delivery cars).

You’ll also never be more embarrassed as a 17 year old lad having to deliver a bunch of pizzas to a group of Malvern College girls in a beaten up old Austin Metro. Happy days… 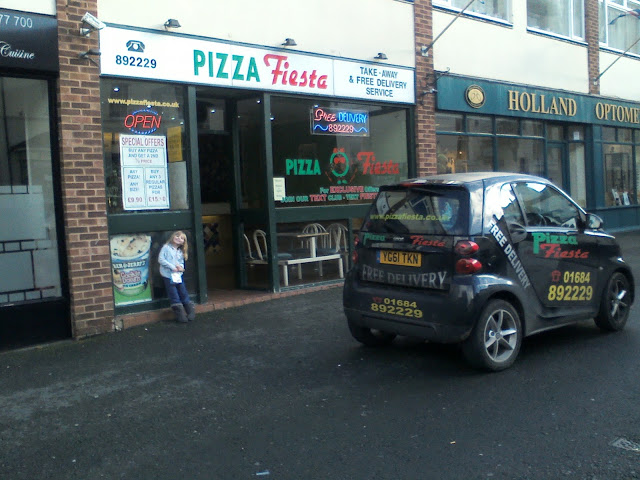 Sat inside today I also realised that in this time I have gone full circle. Aged 11-ish I would sit inside and happily eat my pizza but then moved to late teens/early 20’s and was far too cool to be seen eating in there. Now I have my own two children and contentedly sit inside again.

Anyway… enough of the nostalgia, let’s get onto the pizzas…

When in Malvern I will always threaten getting a Pizza Fiesta but more often than not I won’t due to an age old saying. Generally the golden rule is the bigger the pizza the less the sauce and this prophecy was fulfilled the last time I ordered from them. This is not the case with the lunchtime specials however…

My first choice was my tried and tested combination – pepperoni, jalapenos and sweetcorn. 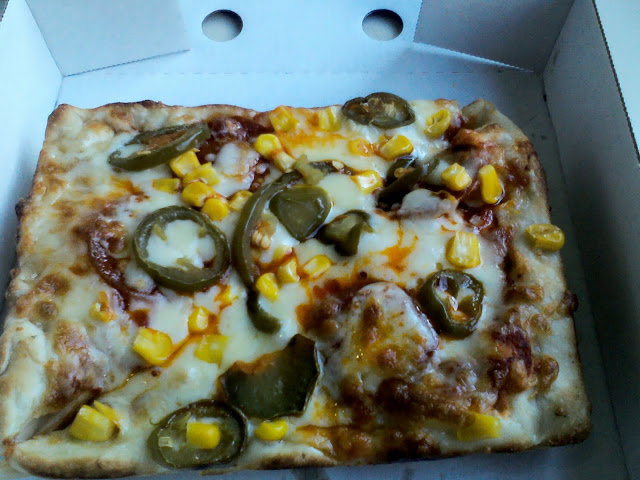 The dough was very fresh and had been made earlier on the premises. Although quite thick (I’m a thin crust type of man these days) it was very soft inside and the crusts were lovely and crispy. There was a generous amount of the sauce on the first pizza and it’s the same one they’ve always used. It has a fresh, tomato based flavour to it with a little tang of Italian herbs and seasoning. For me it’s a taste of familiarity.

The cheese (I believe) is a mix of cheddar and mozzarella and is intertwined nicely with the toppings while still enabling you to see them (some pizza places literally bury the toppings under the cheese – not a fan of this!).

The pepperoni had a smoky and salty taste to it and was not overcooked. The jalapenos were the pickled variety and gave a nice touch of heat without being too overbearing or turning the pizza from enjoyment to a challenge. I always find sweetcorn compliments these two toppings but I appreciate not everyone is a fan.

My second choice was experimental – olives, mushroom and Cajun chicken. 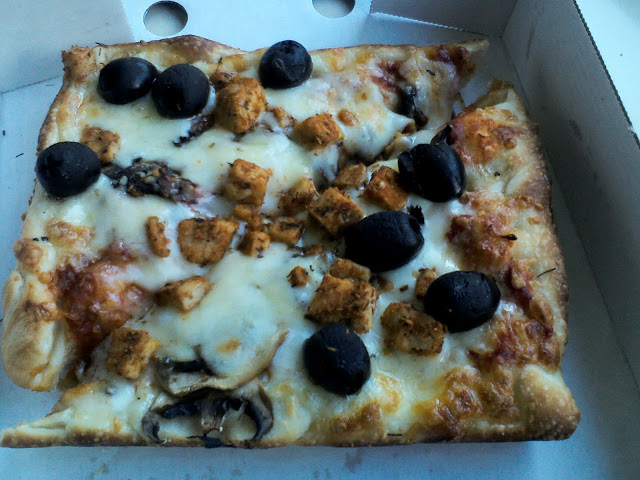 This was not disappointing either. In fact I may have enjoyed this more! In brief, the chicken was better than average quality and I was really pleased to have tried it as it tasted great. The black olives were whole and brought their lovely distinct flavour to the pizza and the sliced mushrooms were mixed within the cheese and held their own amongst the other strong flavours on board. I was impressed with this fusion of flavours I had created.

Both pizzas were loaded with toppings and were straight from the oven and piping hot. At £1.95 each they offer great value for a lunchtime snack and allow you to create new and inspired combinations.

Pizza Fiesta is a family owned business which I will always have an affection for (the telephone number is forever burnt into my memory). I think I will always look at them with rose tinted glasses…

I recommend going for smaller sized pizzas due to the sauce rule or maybe just ask them for extra sauce. 20+ years on I have now tried a number of the rest – it certainly isn’t the best but worth a try if you are ever in or passing through Malvern.

*** Edit after recent second visit – the pizza sauce they use could possibly be my favourite of all time. ***

Their old slogan is still my personal favourite and one I live by today – any time… is pizza time.

One thought on “Pizza Fiesta, Malvern – review and reflections”