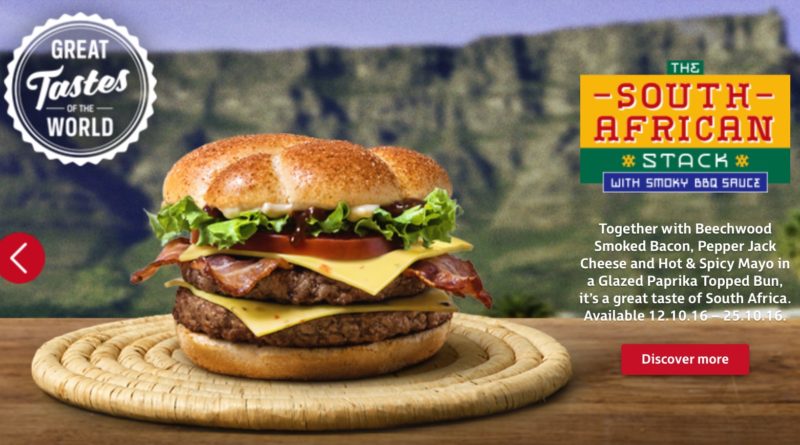 McDonald’s launch their Great Tastes of the World promotion for 2016 with the release of The South African Stack.

It seems that both this promo and Great Tastes of America will, for the foreseeable future, have three beef options running for two weeks each alongside a chicken option available for the entire six weeks.

From an operational and ingredients point of view this seems to make sense, and for weeks one and two we have this stack (a double patty burger) hailing from South Africa.

Blimey… I hadn’t even got around to publishing the review over the original post below when we got comments (on here and Twitter) asking “what exactly has this burger got to do with South Africa?”

I’m actually not going to get into that debate because we pretty much addressed this in our 2013 South African Deluxe review but I do see your point of view. Anyone complaining that these burgers “never resemble anything from their respective countries” should go check-out our review of The Thai Special.

Anyway… back to The South African Stack…

Like Great Tastes of America, the stack refers to the build having two beef patties and two slices of cheese. A bacon double cheese if you like…

The promotional packaging (pictured above) looks smart and will be used for all three beef offerings for GTW 2016. Inside, I found what looked like a visually respectable build – quite compact and tidy.

In fact, I actually feel like the photos below don’t do The South African Stack much justice. OK you do have a couple of haphazard pieces of greenery hanging out that oddly reminded me of wings… like it might suddenly take flight all the way back to Johannesburg.

Biting in there’s not much in terms of a crispy or crunchy texture. It’s actually the complete opposite – a creamy, cheesy, softness which mainly comes from the beef, cheese and sauces. Obviously.

I will tell you now, that mayo is definitely not hot and/or spicy. Oh no… did I get the wrong one!? It certainly didn’t have any sort of spice levels of note, but then I had just had The Thai Special before this. I think I did the burgers in the wrong order…

And that’s the unfairness of reviewing The South African Stack alongside its Thai counterpart. I loved the chicken one so much that this was really going to struggle following that Thai delight. But I’ll give it a chance of course…

The glazed paprika bun is very nice and it makes me reminisce of the very early days when we reviewed The Spanish Grande… I take it now we’re doing stacks for GTA or GTW that we won’t be seeing those oblong-type buns for a while now?

But the bun, yes the bun is quite tasty with a slight hint of paprika. It also copes admirably with the stack of ingredients inside and for me, is one of the better LTO buns we get from McDonald’s.

It says it comes with smoky BBQ sauce but I didn’t get much smoke from it. Both sauces just seemed to cancel each other out and in my notes I scribed “it’s very much a something of nothing burger”. Possibly a bit harsh and again I’d just had the Thai Special so for me, I just felt a bit “Meh” with The South African Stack.

The bacon was fairly smoky when you extracted a piece individually. Near to the breakfast cross-over point I check the bacon on my build religiously and am pleased to report it was the promotional bacon as intended.

The cheese was lost amongst a wish-wash of sauces and failed to impart any pepperiness on my palate. I felt like it needed some more “oomph”.

And my arch nemesis (not the Arch Deluxe) was there in the form of one glisteningly fresh slice of tomato… as a non-eater of tomato (although I did eat two thirds of this piece) it just dominates everything else on the burger. But that could be, in part due to my sensitivity towards the ingredient.

Overall, The South African Stack is not great, nor is it terrible. It just seems to be a bacon double cheeseburger with a couple of sauces and a slice of domineering fresh tomato.

I didn’t find the BBQ sauce to be smoky and the mayo was definitely not hot or spicy. The Thai Special on the other hand…

On paper, I knew this would be the weakest of the bunch and that was proved to me today. I actually think The Swiss Stack will also give it a run for its money for that title but my eye is firmly on The Mexican Stack in weeks five and six.

I’d say this is a very safe and generic burger from McDonald’s and is about as African as Akeem was in the WWF in the late 80’s (look it up if you can be bothered).

Great Tastes of the World is available at McDonald’s from Wednesday 12th October and up first in the promotion is The South African Stack.

This will run for week one and week two of GTW from 12-OCT-16 to 25-OCT-16 and is joined this year by the Swiss Stack and Mexican Stack – more information in our original Great Tastes of the World reveal.

Due to other burger-related commitments we will have our expert analysis of The South African Stack available from Thursday. Don’t worry… it will be worth the wait! 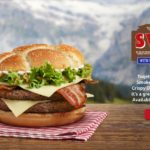 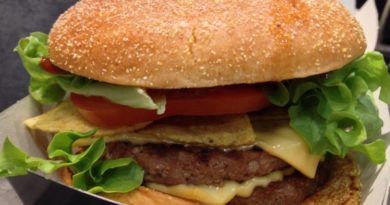 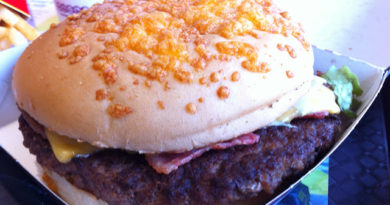 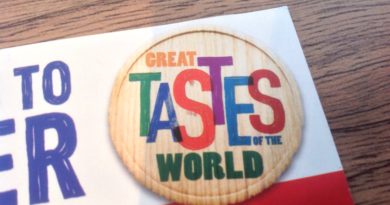 McDonald’s Great Tastes of the World 2015