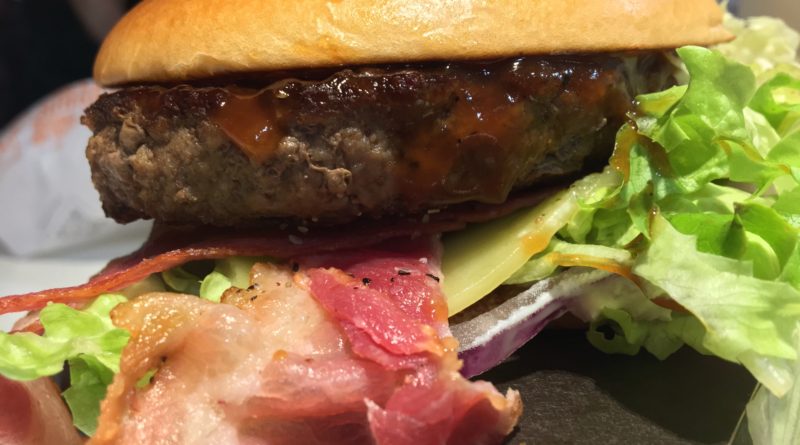 The Signature Collection started at 28 locations in the UK back in November 2015 and has since risen to 149 restaurants.

Cheltenham’s Kingsditch is one of the latest to start serving these premium-branded offerings, so after The Spicy impressed it was time to check out The BBQ.

I imagine this one will be popular… those scared off by the suggested heat of The Spicy or the “unconventional” wholegrain mustard mayo on The Classic should find solace in the safety blanket of the barbecue sauce on The BBQ.

Prior to the establishment of BURGER LAD®, I missed out on so many promo items from McDonald’s as (in my mind) “I wouldn’t like the sauce”. Literally, unless it was plain or had BBQ sauce on it I wouldn’t touch it. So former me would have always opted for this option from the Signature Collection although I would have held the coleslaw. Luckily for us all, that entity no longer exists…

The BBQ arrived pretty quickly via the awesomeness of table service and initially looked impressive housed within the Signature Collection branded burger wrap.

It was only after I took it out of the packaging that I realised how slapdash this had been put together.

Checking the actual build, everything was in order but this had literally been thrown together with ingredients extruding out of everywhere – this explains the pretty low ‘Look’ scoring below.

Taste-wise, The BBQ does the job. The sauce made me think of Carolina BBQ – very feint tasting (especially compared to the BBQ dipping sauce) and fairly watery. I was expecting something stronger tasting but that is not the case with The BBQ.

You’ve got a pretty standard array of ingredients complimenting that juicy, thick Signature Collection patty. I talked more about the beef itself in our Spicy review and this was certainly another enjoyable outing. Possibly not so much of a wow factor after you’ve had one but still a commendable premium offering from McDonald’s.

Oh did I ever mention I pitched this idea at the My Burger Final back in 2014?

There was certainly a red onion overload on my build today. I don’t believe I’ve ever had a High Street burger with so much of it on and that definitely dominated proceedings – not a word of a lie, one piece had to be 10-15cm in length and like the bacon and lettuce, had been thrown on rather haphazardly.

The bacon though is good, smoky if just a little fatty and that with the un-melted cheddar cheese slice makes for a reasonable BBQ bacon cheese burger.

The smoky tones from the sauce and bacon are offset by the slight creaminess of the coleslaw. I’m adamant this is a different recipe to the one used on the Memphis Special – the only McD’s burger I have never finished.

The coleslaw on here is obviously mayo based with a mixture of cabbage. It’s fairly crunchy, not overbearing and again made me think that McDonald’s are aiming at a Southern-style sort of barbecue with this burger.

The BBQ is pretty decent. It doesn’t tick the boxes like The Spicy did for me but that doesn’t make it a bad burger.

Today, the presentation aspect was let down by some poor assembly but looking past this issue, the textures and flavours work nicely together.

Would I have it again? Probably not… lined up next to The Spicy I would say that nine times out of ten I would opt for the one with jalapeños instead but this could offer an alternative change now and then.

One thing is certain, next time I visit this particular McDonald’s, I will be taste-testing The Classic.

Until then, have a very Merry Christmas and Happy New Year and thank you for joining us on our burger adventures in 2016. 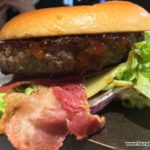