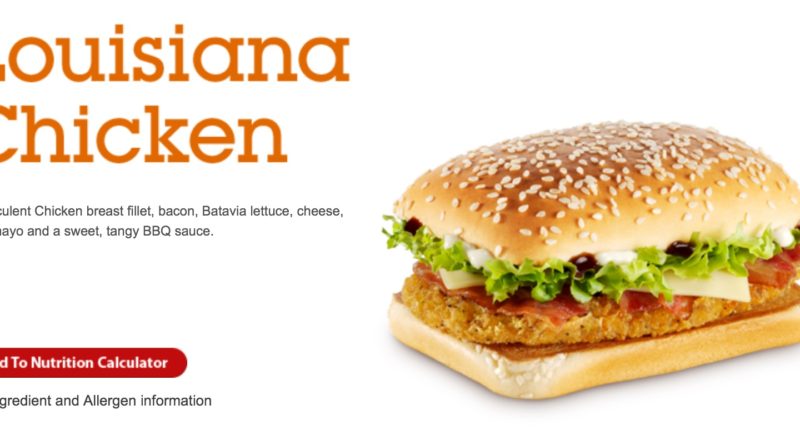 Bang on schedule McDonald’s revisits the Great Tastes of America promotion for 2014 and Burger Lad® was there on day one to check out this latest release.

However, as we had reviewed the Chicago Supreme last year it was the Louisiana Chicken that got the nod today.

I was excited Wednesday. Was it from the Star Wars Episode VII cast announcement the evening before? Possibly. Maybe the prospect of another record-breaking month for page views was the reason? Could be.

How about continuously cracking guest reviews from our PBC? Nearly… Or was it getting a CV sent to us asking for a job!?

No… it was Great Tastes of America starting for five weeks and the prospect of two new burgers (the Nevada Grande and Memphis Special).

Now I assume running alongside the five burgers for this latest promotion is the Louisiana Chicken, we’ll find out next Wednesday if this one changes but I would bet a pretty penny this stays for the duration.

As I scanned the menu I also noticed some new Peri-Peri wrap thingy so I hope in the future we might see the sauce incorporated onto a promotional patty.

Cunningly, I got to the drive-thru for approximately 11:30 as I thought I would miss the midday Maccies marauders.

This plan was soon foiled because as I approached (swearing) there were at least four cars between me and my latest 21st century burger adventure.

I also left the drive-thru swearing as it seemed to take an eternity to get through but eventually was handed my brown bag (no booze in it today) and even a couple of serviettes.

Back at the office, I got my first glimpse of the Louisiana Chicken and I must say it had been made-up pretty well with no burger slide and not looking a million miles away from the promotional picture.

I noted the lack of a special promotional box for this but they will be saved for the “5 headline acts.”

We filmed the latest episode of BLTV which you can see below and got amongst the succulent chicken breast fillet and all its Louisiana associated toppings.

Alright, we know that the naming of the burgers is tenuous at best but let’s take a look at each individual component.

Chicken breast fillet – your standard Chicken Legend patty. Quite reasonable really at a relatively low price. It has the specks of herb to it and on the whole a decent chicken patty.

Earlier in the day, I said I wasn’t going to bother reviewing this today as I asked/proclaimed “who goes to McDonald’s for chicken?” to which one of the BLF (Burger Lad® Family) said “I would” so you can thank her for this review.

Bacon – a decent sized piece today which had minimal fat on it and held its own with a smoky tone throughout.

Batavia lettuce – now I had to check with Burger Bev on the pronunciation of this. There was a good amount on the Louisiana Chicken and it had been applied with considerate care. Fresh, green… what more can you ask for?

Cheese – now I liked seeing that this was slightly different from the standard yellow American cheese used by Ronald and friends.

OK did it have much of a taste? Not really. Did it taste any different to the aforementioned yellow variety? Nope. But still it just did enough to peak my interest slightly.

Cool mayo – Gone are the days I fear the dreaded M word. Today the Louisiana Chicken had the right amount on (compared to BK drenching their products with it).

Sweet, tangy, BBQ sauce – I’ve always been a fan of BBQ sauce and my assumption is this is what links the burger to Louisiana.

I know I said it is always a tenuous linkage. The sauce was good, not anything to rave on about but I’ll take this over ketchup any day of the week.

Overall, this was a pretty reasonable chicken burger from McDonald’s.

I wouldn’t go on and on about it or revisit it in the future but because I had already reviewed the Chicago Supreme last year it was a good way to kick off the five weeks of the Tastes of America promotion.

We’ll be back next week for the Nevada Grande, which by the sounds of the description is the spicy addition for 2014 with chilli mayo and a chilli-topped lattice bun.

With that let’s take one last look at the McDonald’s Louisiana Chicken.

Anyone looking for a taste of creole cuisine is going to be hugely disappointed with this burger but if you’re just a casual McDonald’s fan that likes a bit of chicken, bacon and cheese then you’ll probably say yes please to this one. 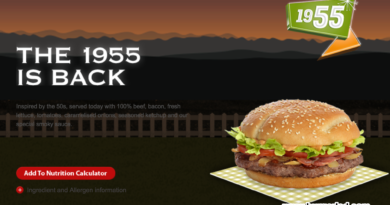 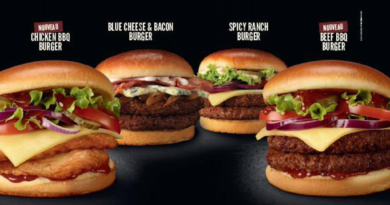 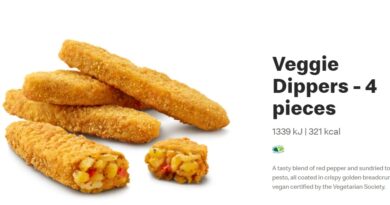