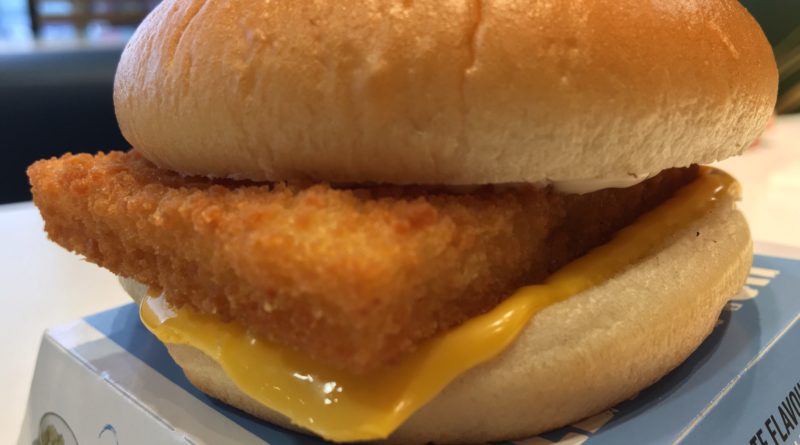 Yes, after approximately 35 years of eating at McDonald’s, I must confess I have never tried the Filet-O-Fish and I bet I am not alone.

But why the aversion? I’ve certainly eaten the odd fish finger in my time and I bet the white fish fillet isn’t a million miles apart. 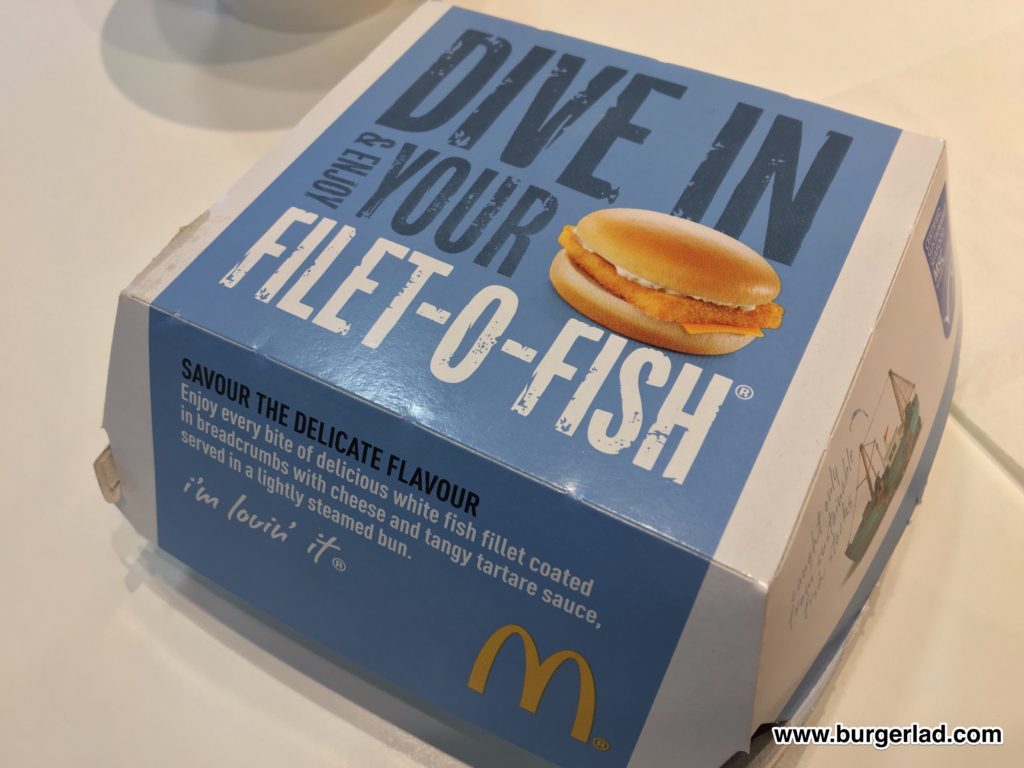 It’s probably that tangy tartare sauce that has always put me off. That, and the fact you’ve got a whole host of beef and chicken options which would normally be my first choice. Except today…

According to Wikipedia, the Filet-O-Fish was created by a McDonald’s franchise owner in Cincinnati, Ohio in 1962.

Apparently, the area where the restaurant was based, had a large Catholic population who did not eat meat on Fridays and thus… the Filet-O-Fish was born.

Priced at an astonishingly reasonable £2.79 and clocking in at a respectable 329 calories I was intrigued by my first foray into McD’s fish sandwich territory.

The Filet-O-Fish comes in its own box (pictured above) like the Big Mac or Quarter Pounder. I guess I was expecting it to come in a wrap similar to items on the Saver Menu due to the budget price.

And it might be a budget price but the quality is pretty good. 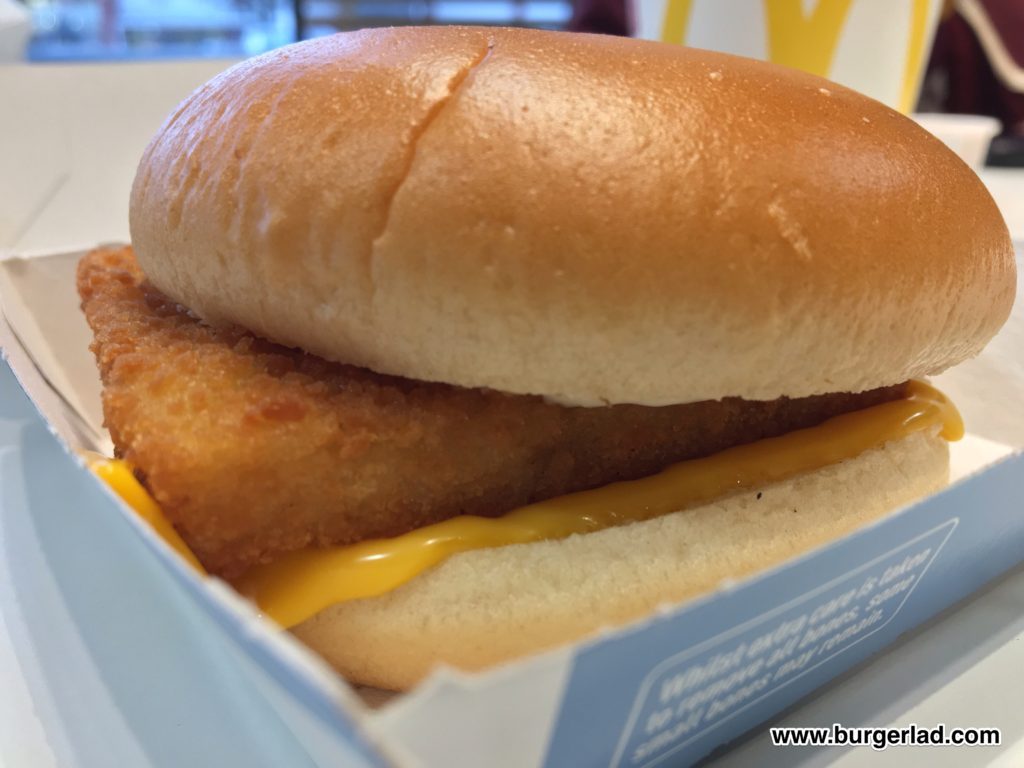 Presentation-wise it looks alright. The appearance isn’t the most desirable of burgers on the McDonald’s menu, but for the price I can’t complain. And yes, it does only come with ½ a slice of cheese.

The bun is the same (I think) as you’ll find on the standard Hamburger or Cheeseburger except it is steamed not toasted – pretty no frills but soft, squidgy and fresh.

The fish McDonald’s use on the Filet, is filleted Hoki fish – sourced from Marine Stewardship Council sustainable fisheries, according to their website.

If the quality of this is anything to go by, I would love to see the Ebi (prawn/shrimp) variety of burgers from the Far East here in the UK. 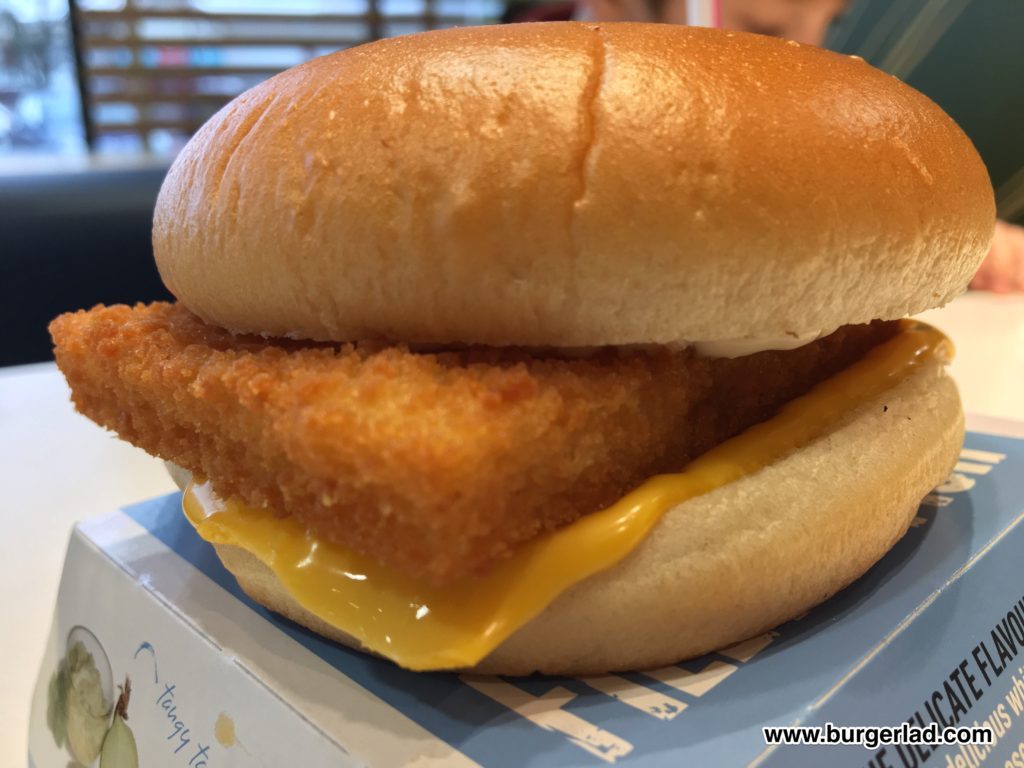 After years of saying “ugh” whenever mentioned, the tartare sauce is especially commendable. It contains mini pieces of onion and gherkin mixed into it, which gives it an additional tang and because of this, not too dissimilar to the Big Mac Sauce.

I was pleasantly surprised all-round and priced at only £2.79 and 329 kcal it’s good for non-meat eaters and calorie counters alike. I’m neither, and after my experience today I would have it again. 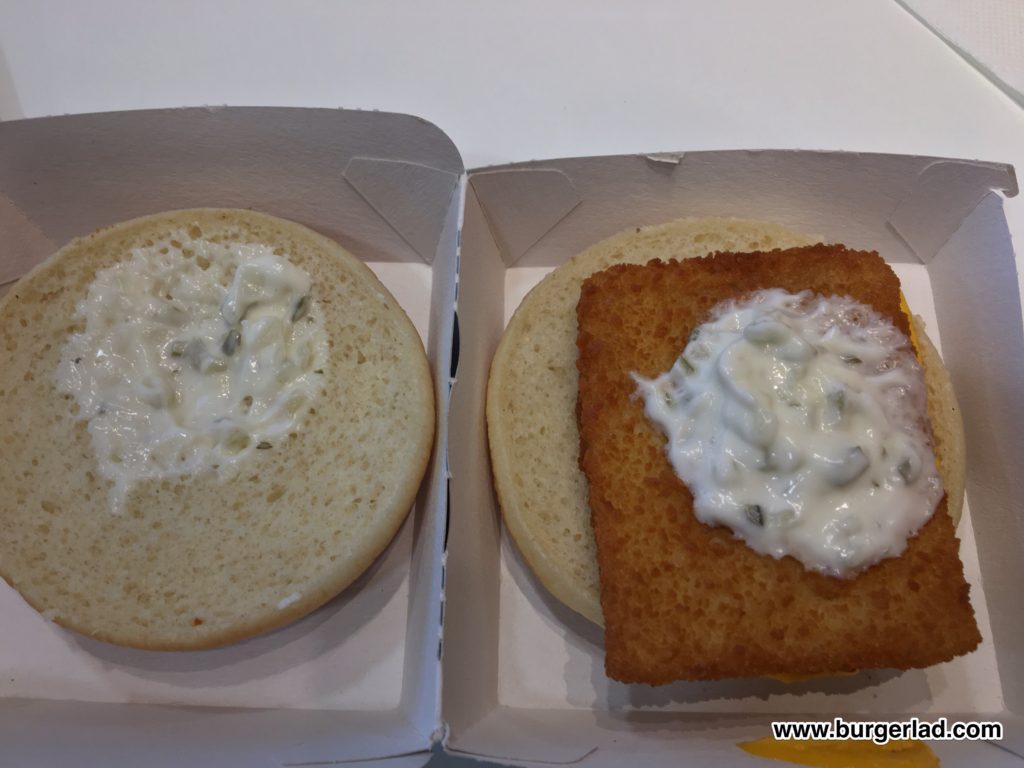 My only negative points refer to the dryness around the edges and I don’t understand why there is only half a cheese slice (and some of that was melted onto the box).

All-in-all, the Filet-O-Fish is a reasonable burger for those on a budget, or looking for a change from the beef and/or chicken norm – even if you only regard it as a slightly pimped fish finger sandwich.

Filet-O-Fish variations around the world: 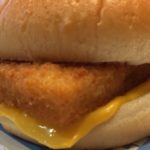 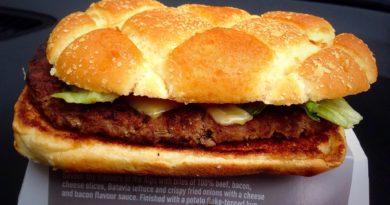 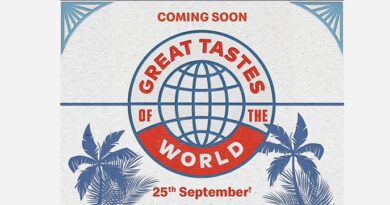 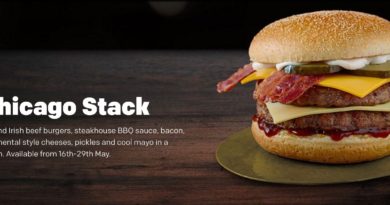