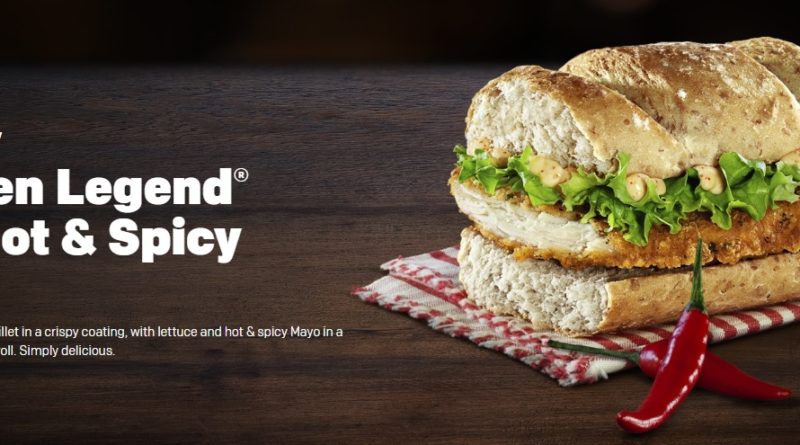 This time last year, hordes of McDonald’s fans (me included) were camped out at their local restaurant awaiting the re-release of the McRib after a 12-year absence.

Fast forward 12 months and although not as exciting, McDonald’s have rolled out a revamped Chicken Legend range.

Included in this new range is a first – the Chicken Legend with Hot & Spicy Mayo.

When I first saw the promotional image with fresh chilli my first hope was a peri mayo.

After all, we know McD’s have this ingredient at their disposal as it was recently used on The Hot Peri Peri One Big Flavour Wrap.

They also used a peri mayo on the Big Spicy Bacon which was one of the five winners of the 2014 My Burger competition.

These three burgers are also permanent menu items and are not limited time promotions, so expect to see them on the menu for the foreseeable future. The only temporary addition to the menu throughout January is the ever recurring fan favourite, the Big Tasty.

After all the usual Christmas food and multiple screenings of The Force Awakens, I was very much looking forward to getting back to business at McDonald’s and trying this new burger. And what a pleasant surprise it was to rock up to my local and find it had recently been upgraded to “Experience of the Future” standard – with nice new shiny touchscreens to confuse the denizens.

It was me that got confused quickly though as all the new items had a “not available” logo on their respective image (on the order kiosk). A mini panic attack started to set in but once I had regained composure ordered my Chicken Legend from the counter as normal as they were very much available today. Phew…

After a respectable wait (it was that 10:30 breakfast/lunch crossover period) I received my order.

It is a one-size fits all for the Chicken Legend range, with a picture of each and a collapsible tab to indicate on the box which version is housed inside.

Underneath you have all the nutritional information you need and with no cheese and/or bacon on either of the three, this keeps the calorie count to around the 500-mark. Respectable.

To be honest, I wasn’t expecting it to be really “hot & spicy” and in short, it is nowhere near as fiery as the Hot & Spicy Buffalo BBQ Chicken. That doesn’t mean however, that it wasn’t enjoyable!

As a build, it is fairly basic – bread, chicken, lettuce and sauce. It’s certainly not up there in terms of excitement levels as the McRib, but as a chicken option at McDonald’s its pretty good – just don’t expect fireball heat.

My Chicken Legend had been assembled with care and you can see from the pictures it wasn’t a million miles away from the promo picture.

I love the brown bakehouse roll they use on this and it was super soft and fresh and felt “springy” when you pressed it. It makes you feel like you’re having a more artisan sandwich than if it was just on a plain old long roll.

The Batavia lettuce isn’t an ingredient to throw superlatives at but it did its job without refute. A very reasonable amount on-board, super green and fresh so no complaints.

Personally, I’d like to see some fresh onion on here just to give it something else. Maybe part of me is pining for that seductive feeling of the McRib we encountered last year…

There cannot be many McDonald’s fans out there that haven’t had a Chicken Legend patty before. It’s good. Firm, white breast meat is contained within a slightly herby, breadcrumb coating and I’d say that arguably it is better than the McD’s beef patty in terms of quality and value for money. The real talking point on this though is the Hot & Spicy mayo.

Like I said above, it’s not “hot hot” but more of a pleasant tickle. I don’t believe it is peri-based, which is a shame (for me) as I still think it would be a very popular sauce and/or mayo on a McDonald’s Chicken Legend. That or Sriracha… (OK maybe in a few years when we catch up with US trends).

The actual taste of the mayo is difficult to pin-point. It’s not sweet and almost has a mustard-based flavour with a slight pang of chilli coming through. That chilli is certainly toned down though but it isn’t unpleasant, just not fiery.

People looking to get a spice level like that seen in the 2014 “Spicy Challenge” promo in Singapore will be left feeling deflated. But, there are people whose spice tolerance levels are extremely low, and to those people this burger will feel “hot and spicy”.

I like the Chicken Legend range as a whole and at £3.49 for the sandwich or £4.99 as part of a meal this offers another exceptionally good value meal from McDonald’s with a respectable calorie count.

If you’re a self-confessed chilli head looking for a spicy bite then you’re setting yourself up for a fall from grace, but as a burger for the masses, the heat level is about on point.

If you’re in a semi-sulk because you are reminiscing about the glory of the McRib last year please do not dwell on it for too long. I have it on good authority that we’re in for a fair few treats from Ronald and his McDonaldland pals in 2016.

Happy New Year to all our readers and thank you as ever for joining us as we bring you the latest look at burgers on the High Street.

Succulent chicken breast fillet in a crispy coating with Batavia lettuce and a smoky BBQ Sauce in a warm toasted bakehouse roll.

It sounds similar to the BBQ Deluxe, but that one featured cheese and bacon. Either way, BBQ sauce is such a favourite in the UK it is bound to be popular.

Fans of the Big Tasty can rejoice as it returns alongside its “with Bacon” cousin. Does anyone actually order it without bacon!? I know I wouldn’t…!

The other big news is the launch of a new Deluxe McFlurry range:

When I first saw the promotional picture of the Hot & Spicy Chicken Legend I did hope that it was a Peri-mayo based sauce. We’ll see when we pay McDonald’s a visit tomorrow morning for our first look review. 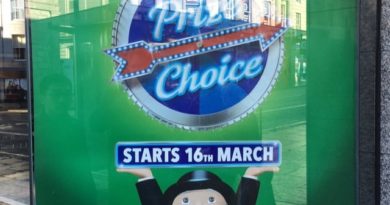 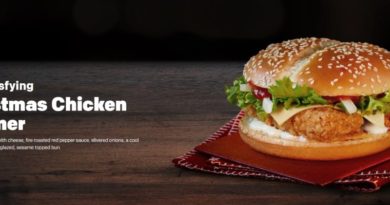 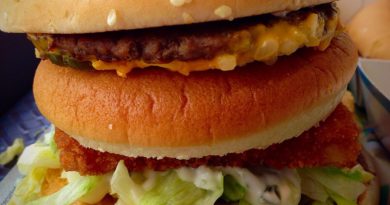