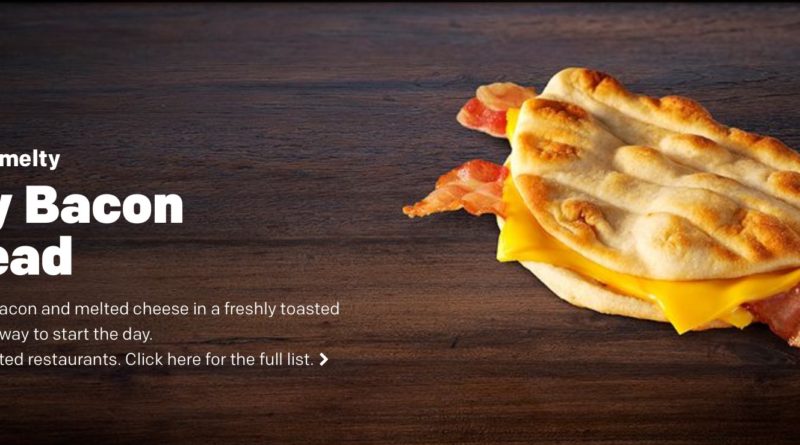 Beechwood smoked bacon and melted cheese in a freshly toasted flatbread. The perfect way to start the day.

Back in March 2017, McDonald’s UK started testing the Cheesy Bacon Flatbread – we were the first to report on the trial and you can see that original post here.

At the time, there were a very limited number of restaurants with it on the breakfast menu, but in the time leading to January 2018, it has been extended to approximately 120 stores in locations including Bournemouth, Reading and Southampton.

Following the successful trial, from Wednesday 10th January, all UK McDonald’s restaurants will feature the Cheesy Bacon Flatbread on their breakfast menu. 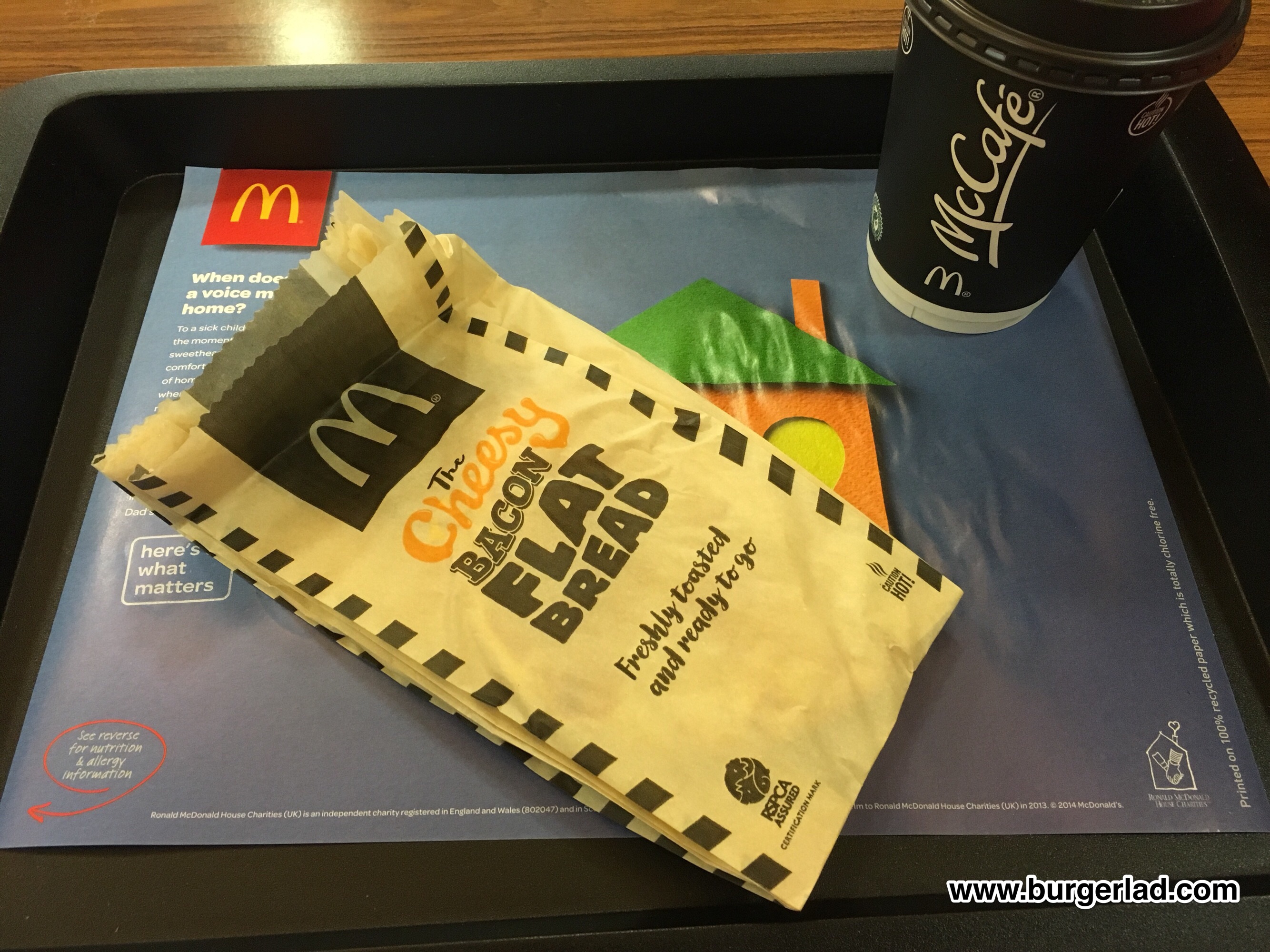 There are casualties though – gone are the three Snack Wraps; Egg & Cheese, Sausage & Egg and Bacon & Egg.

The McDonald’s breakfast menu has its fair share of favourites such as the Sausage & Egg McMuffin and Breakfast Wrap (many are disappointed by the discontinuation of the Big Breakfast) so we were eager to see how this latest offering compares.

You’ll have to be vigilant though! Miss Milkshake reported back this morning that advertising for the Cheesy Bacon Flatbread have been tacked on each end of the menu boards.

There were no other marketing materials in store on tables or in the window so it is hard to spot unless you know what you are looking for! 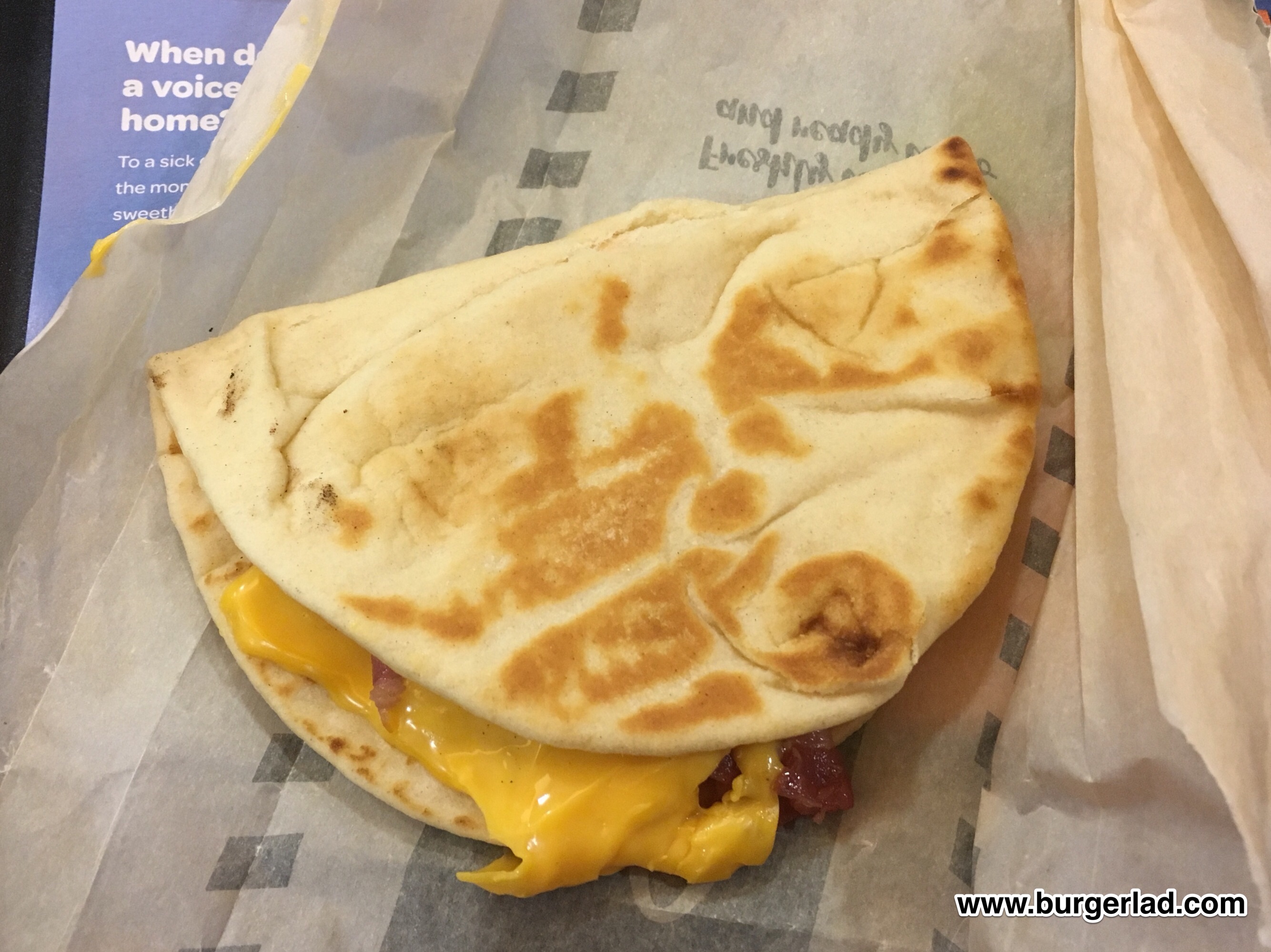 The bread on its own seems slightly thicker than a normal wrap – bordering on pitta territory, but with the same recognisable McDonald’s taste that you’d get with the bread in the McMuffins.

On board, you get two slices of standard McD’s cheese but not very much bacon. However, the crispiness of the bacon is certainly commendable. 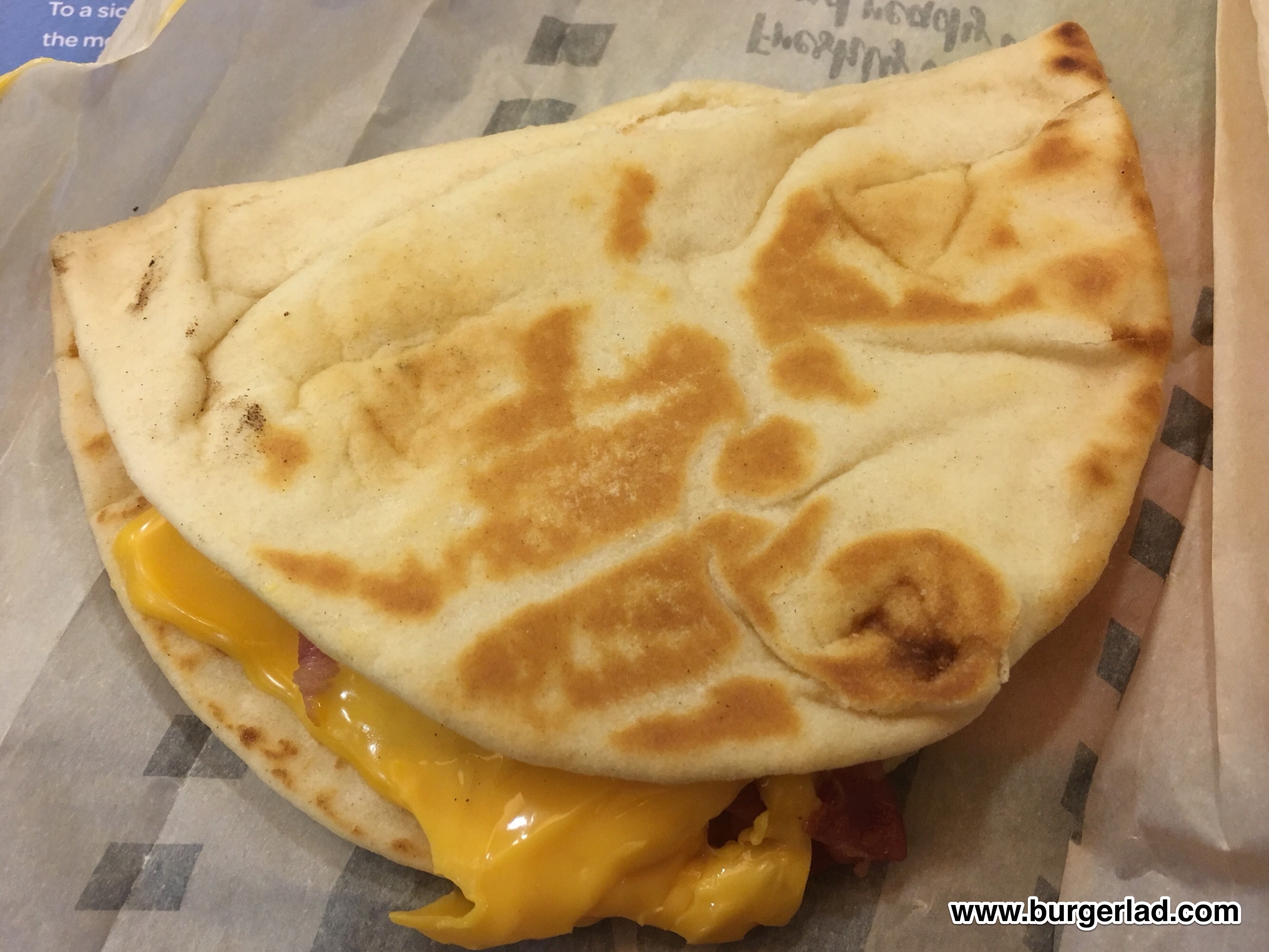 My only wish would have been to have more of the bacon on the flatbread. If there was less cheese it would seem rather empty and dry.

As stated above, the Cheesy Bacon Flatbread is priced at a very reasonable £1.49, but I wasn’t given the option of having it as a meal.

It’s tasty but too cheesy for a breakfast item IMO and reminded me of a cheese toastie.

I would like to see a chicken option on the main menu in future as it is a great little snack at exceptional value but not one I’d have again for breakfast any time soon. 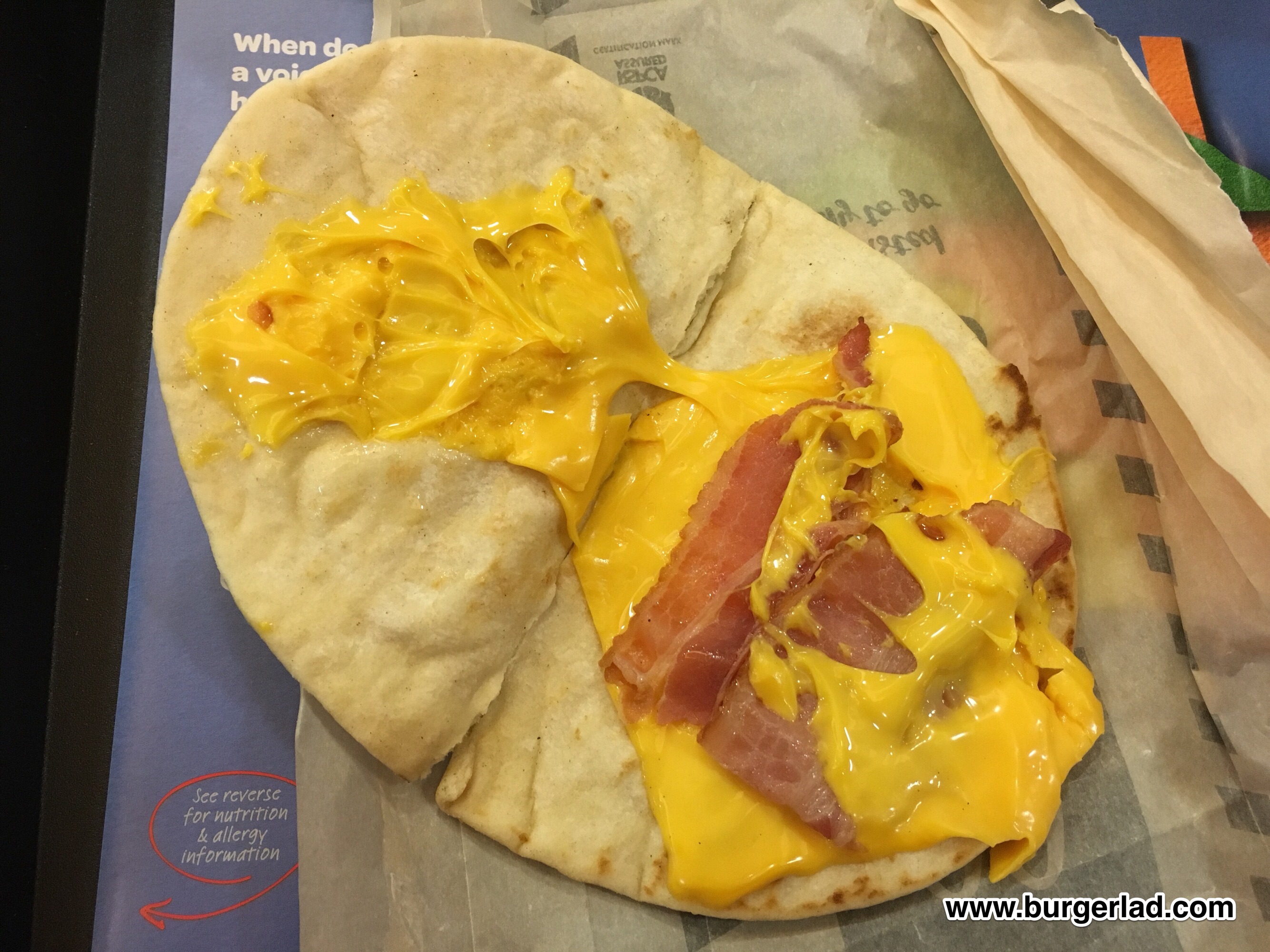 Overall, I’d say it is good for the price and is worth trying at least once while it is on the menu (we’re not sure if it is permanent or for a limited time).

It doesn’t look bad, but is fairly basic in appearance and on the whole tastes a bit “plasticky” – the flatbread is certainly the redeeming feature!

I would definitely like to see McDonald’s use the flatbread in future – perhaps with the ingredients/flavours used on something like the Chicken & Chutney Indian. 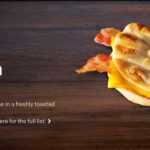 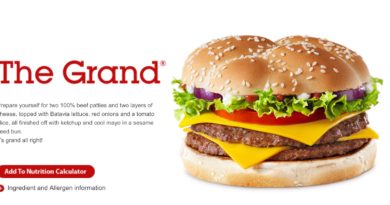 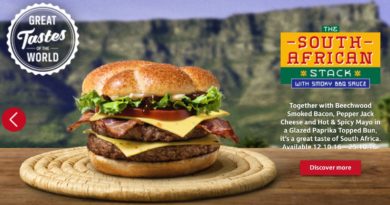 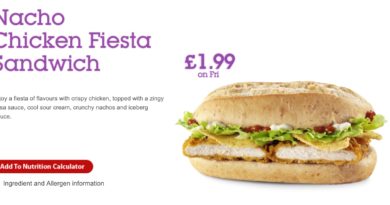