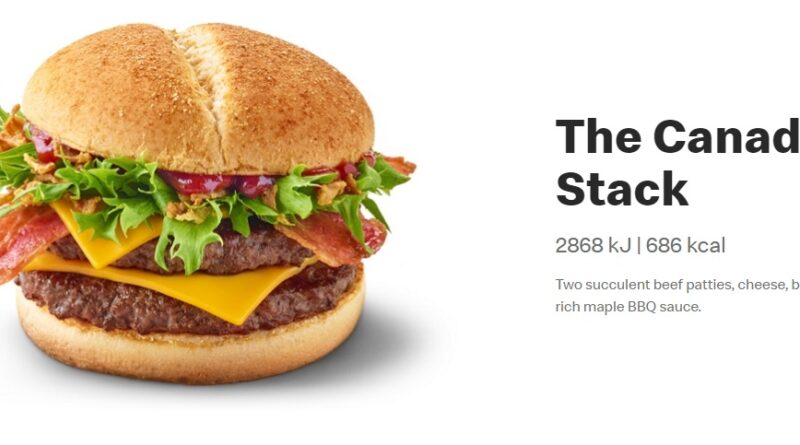 Great Tastes of the World continues at McDonald’s and available in weeks three and four is the Canadian Stack.

Long-term readers of BURGER LAD® should remember the previously released Canadian Melt (our review here) which was on the menu back in 2015.

Fast forward to 2019 and the “brand-new taste of Canada” is remarkably similar to its predecessor – this build has had a bun upgrade and obviously being a stack, now features two beef patties. 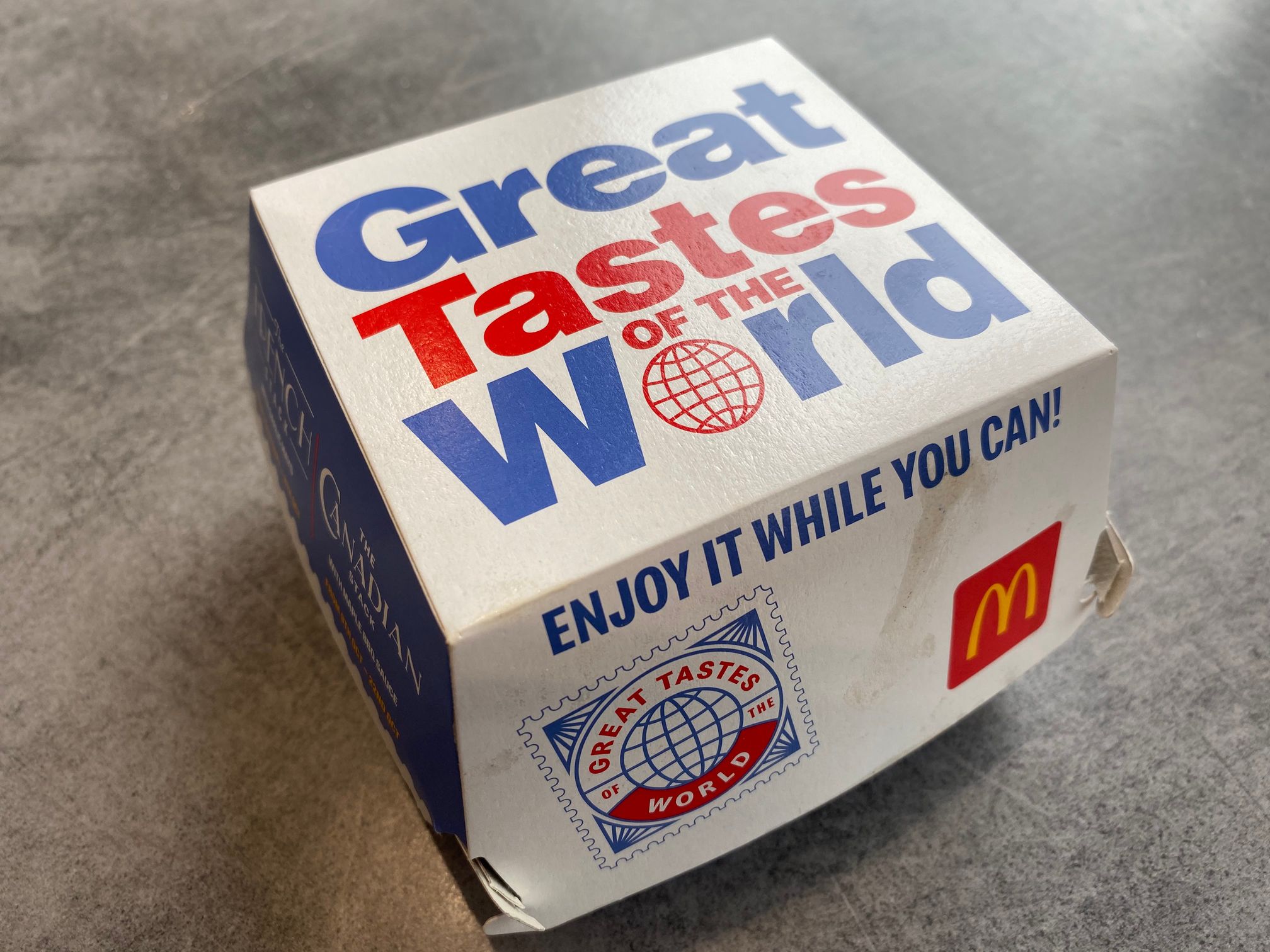 I ordered through the touchscreens today and was surprised just how quick my order arrived.

Maybe it was the tail-end of lunchtime, but looking at how the cheese had already melted (compared to when we order around 11am-ish) this appeared like it might have already been pre-assembled. Maybe. 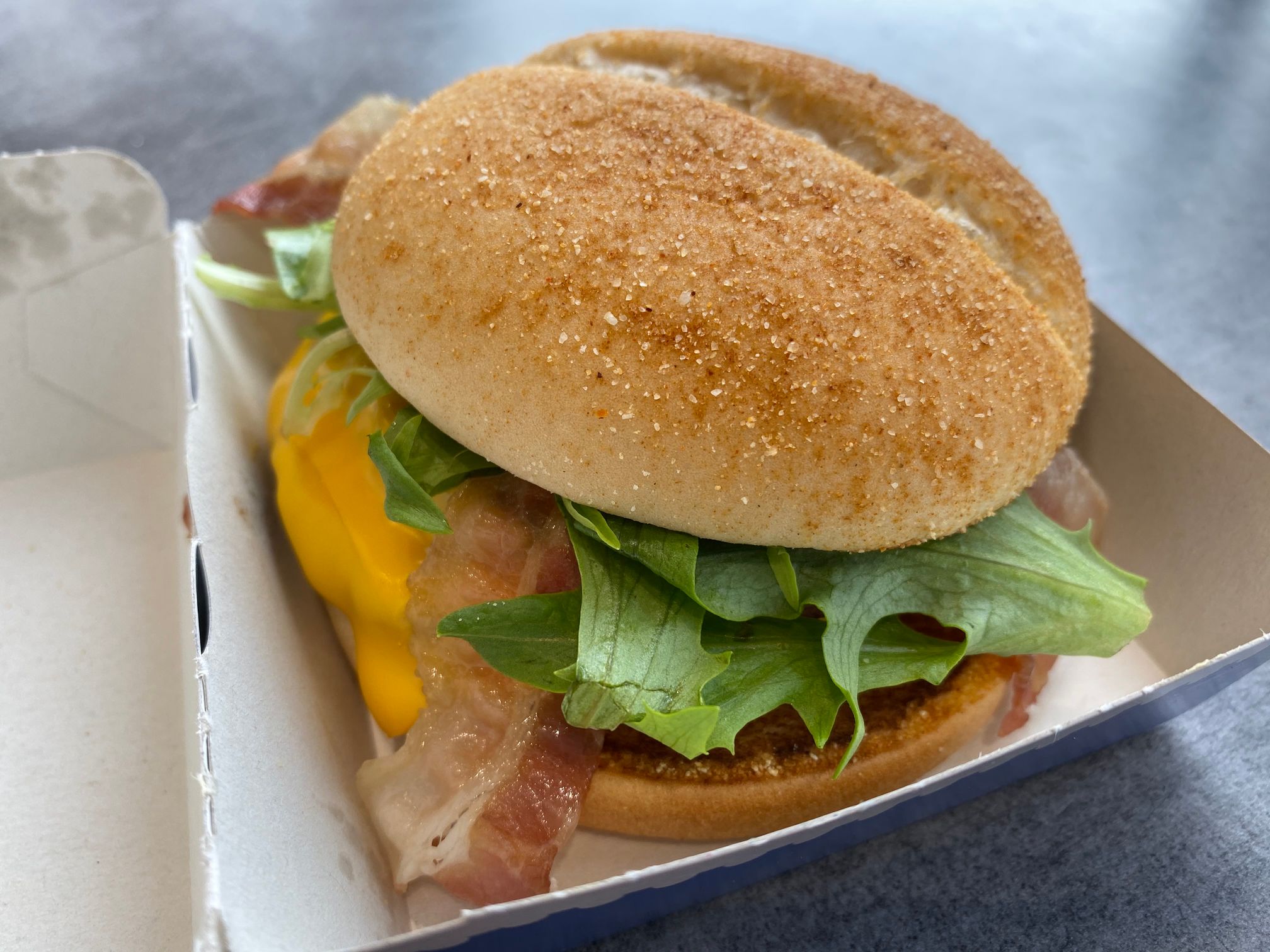 This didn’t look too bad – I actually thought the circumference of the burger as a whole looked small and a quick check showed that all the components were on-board as they should be. Well nearly…

Bacon looks uninviting. There’s quite a bit of the lettuce on here. And looking at that cheese it does hint that this had been made prior to my order. I don’t really care about this… I am in a hurry. 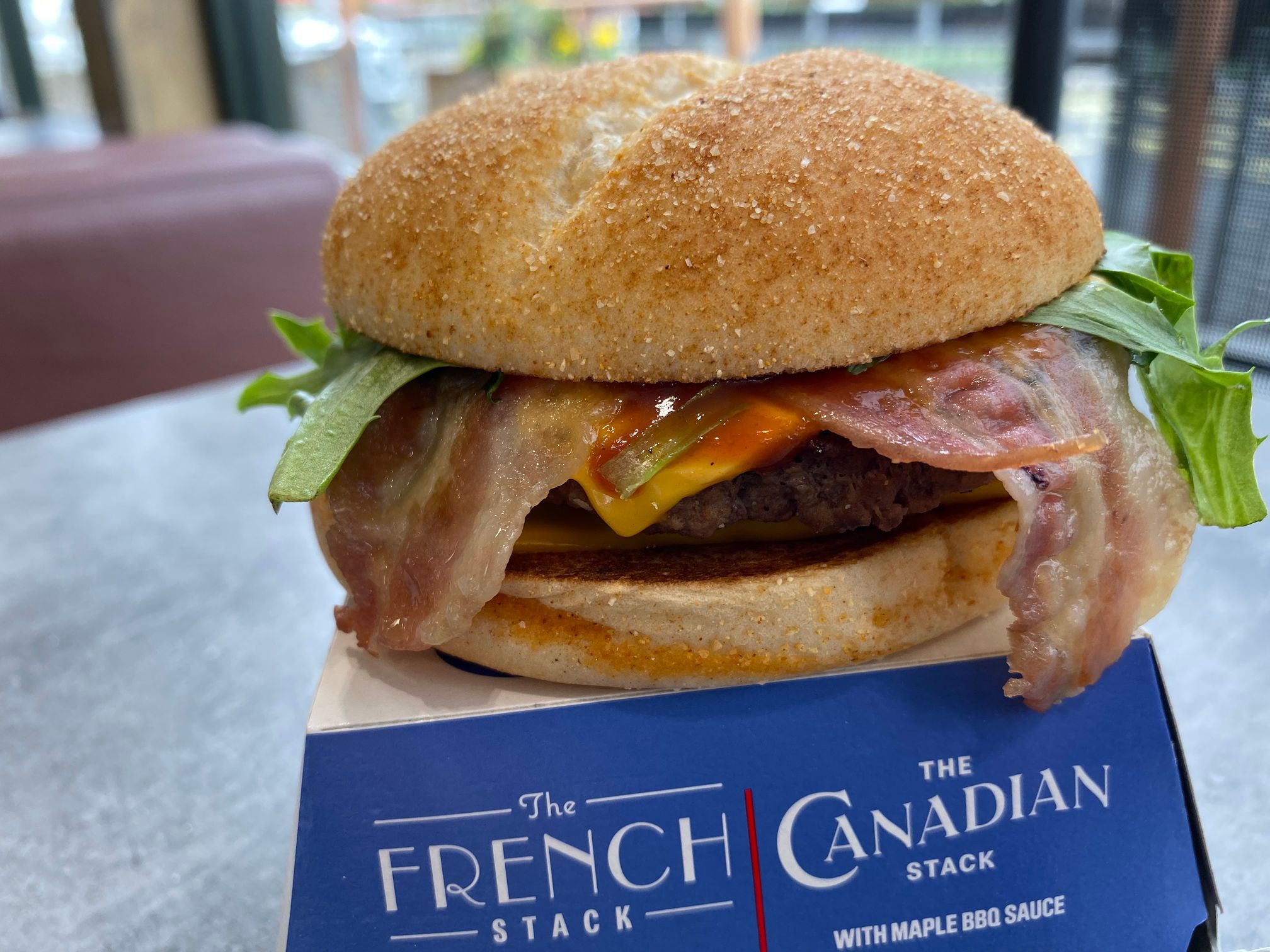 Analysing the promotional picture compared to my Canadian Stack, it looks like one of the cheese slices should be on-top of the bacon, not under it.

But again, I’m in a hurry and I’d hope the staff would think I had a screw loose if I returned it for that reason! 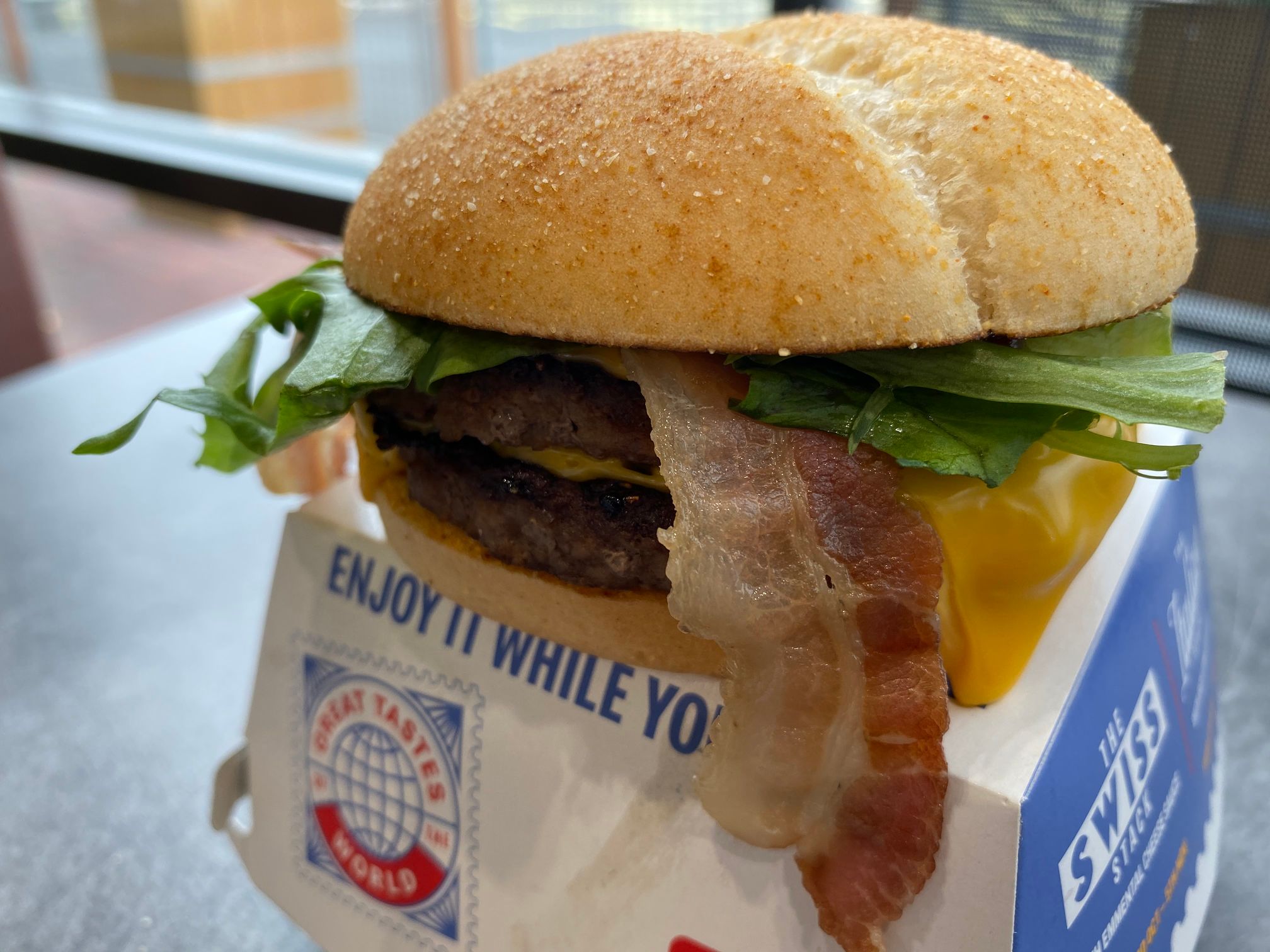 Aesthetics and construction aside, how does it taste?

I’m actually quite a fan of the Canadian Stack. It’s certainly not going to win any awards for innovation or exhilaration, but it’s a pretty solid and enjoyable burger. Especially if you are a BBQ sauce fan.

[In the UK] You’re not going to get menu items as seen in the Great Canadian Taste Adventure (McLobster/Maple & Bacon Poutine), but this isn’t a bad effort. It’s not overly great either. Just run of the mill really. 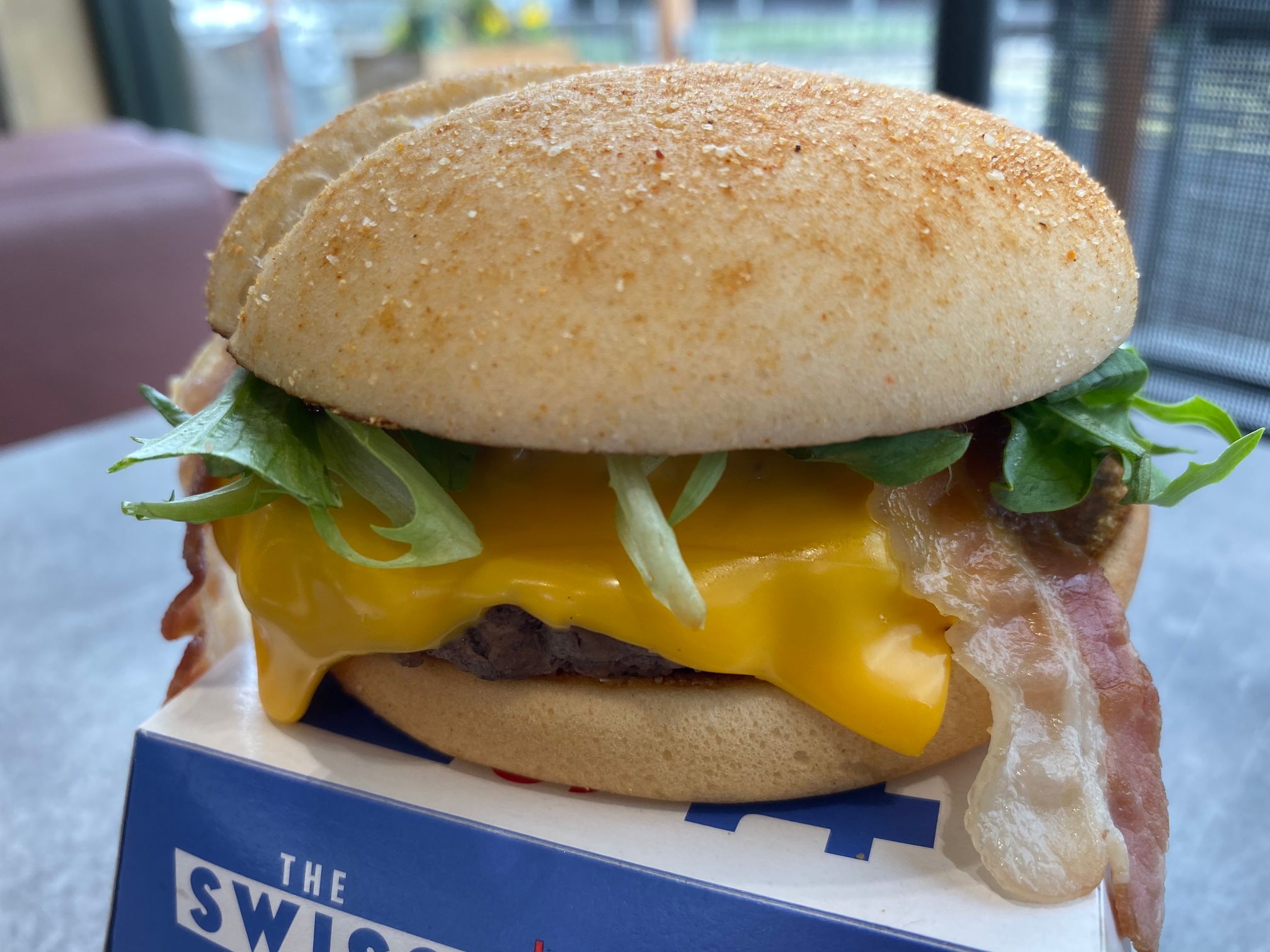 The overarching flavour throughout is that smoky, rich and sweet Maple BBQ Sauce which I found to be very commendable.

I’ve always been a fan of BBQ sauce and this is one of the best High Street Fast Food offerings I have encountered.

The double beef, cheese, that sauce and the crispy onions did remind me of an old menu item from their rivals at BK – the Double Rodeo. And I put away a fair few of those in my time.

If there had been more crispy onions and you lost the lettuce, it would be very similar. Very similar.

And speaking of crispy onions (they are one of my favourite burger toppings) this is where the Canadian Stack was let down.

There were so few on here it was a travesty and I had to a) really check they were there and b) pick one off to reassure my taste buds. 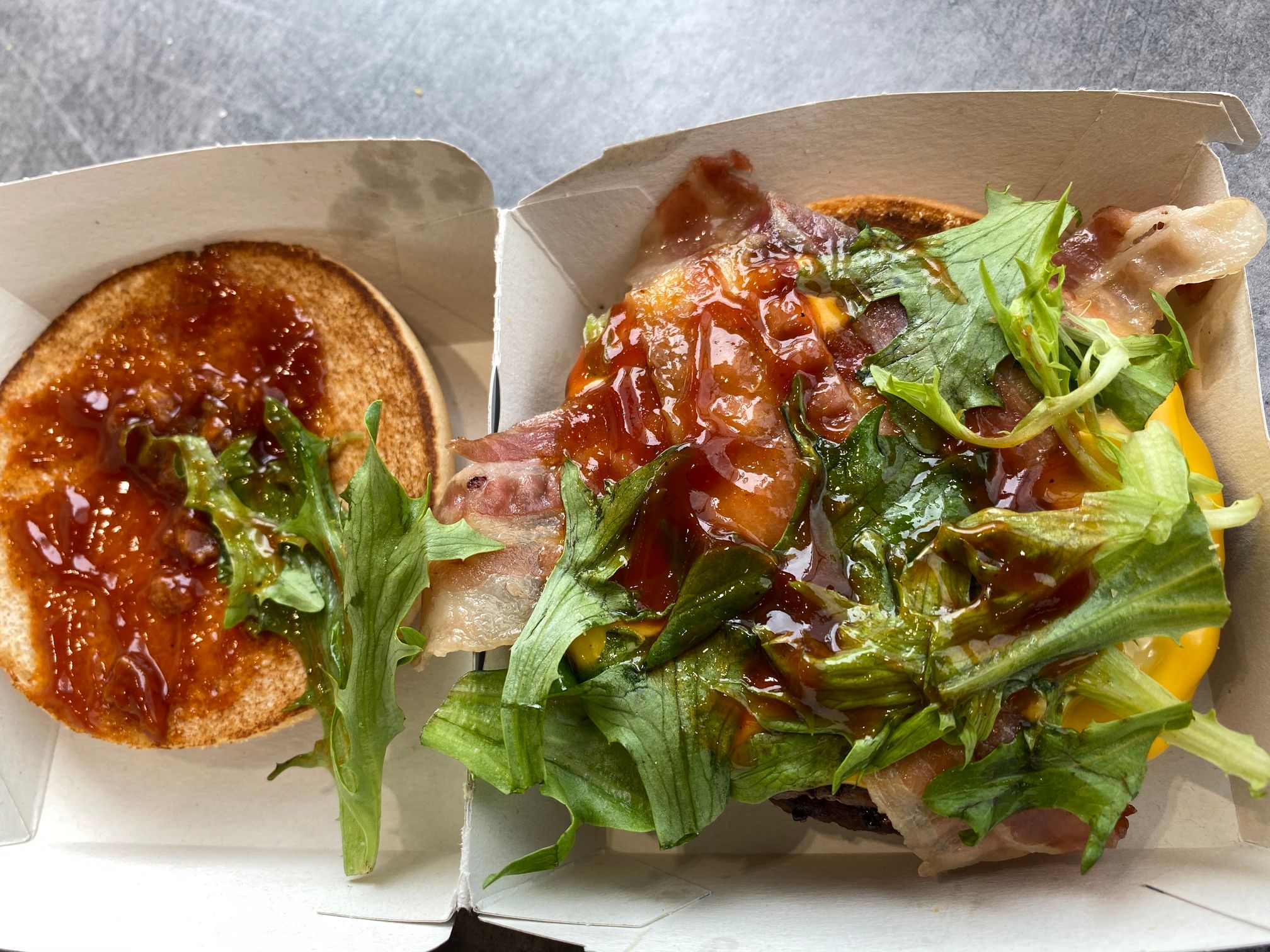 That’s the real shame. I would probably be more favourable had this build had more on-board.

The bun is very limited in “Maple BBQ Flavour” (if any) but looks the part and is certainly an upgrade from the sesame-topped one used for the Canadian Melt.

Overall, it is EXACTLY what you expect walking into a McDonald’s restaurant.

The lacklustre bacon is disappointing, the lettuce you can take or leave and after that, you are left with a BBQ (bacon) double cheeseburger.

There is no denying that the main attribute of the Canadian Stack is the Maple BBQ Sauce and it’s worth a try if you are a fan of barbecue sauce on burgers.

Mine was let down by a shamelessly lacking amount of crispy onions, but overall this is a fairly respectable limited time offering – it is neither jaw-dropping stunning or abysmally terrible.

Very safe. Very predictable. Just how we like it in the UK. 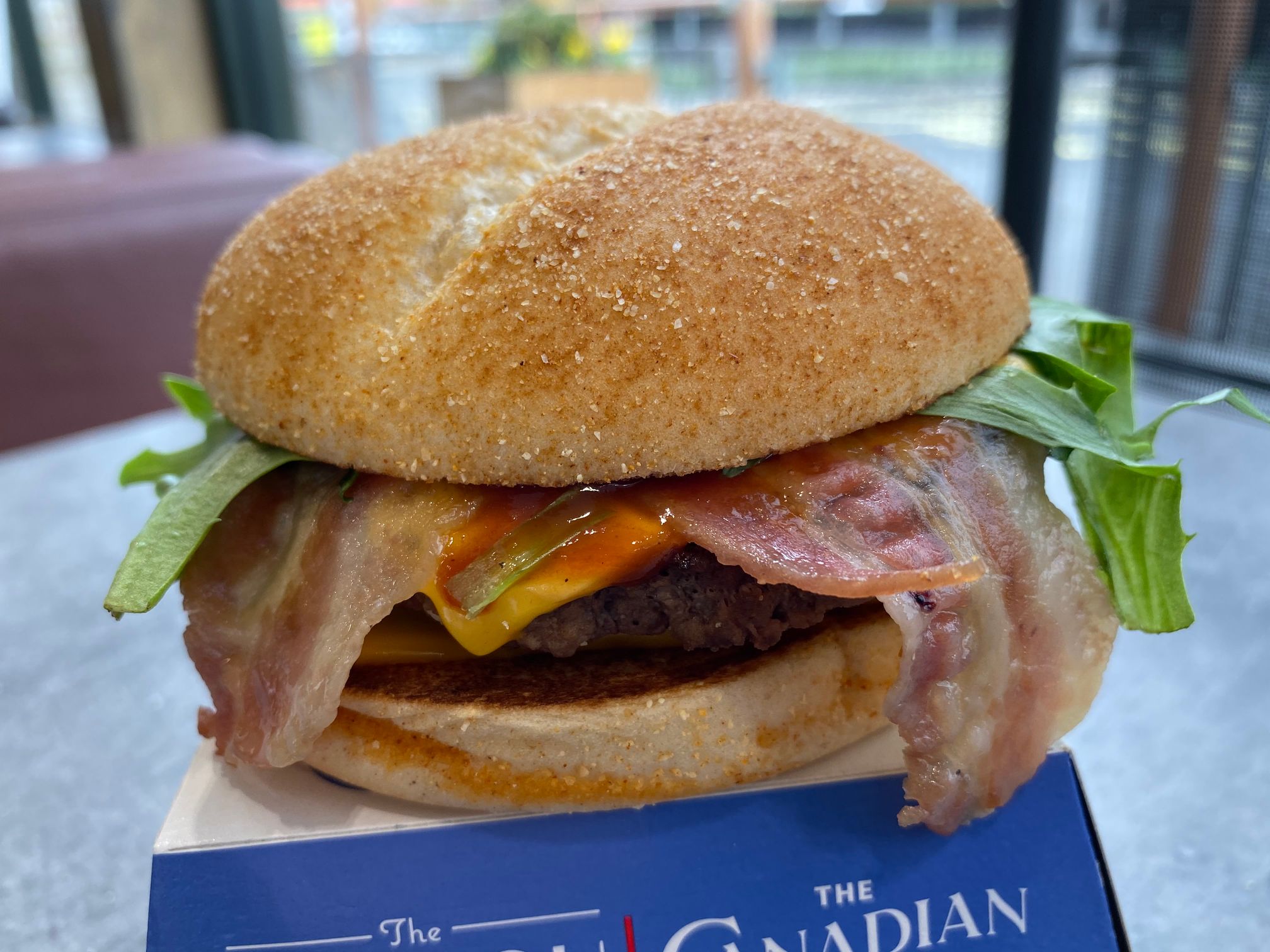 The Canadian Stack will be available, subject to availability until Tuesday 22nd October at participating restaurants. 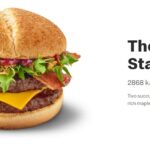 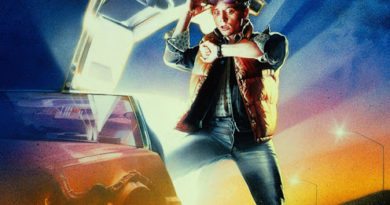 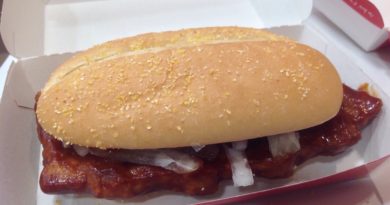 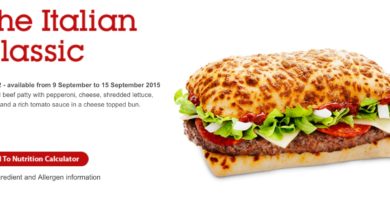 One thought on “McDonald’s Canadian Stack”