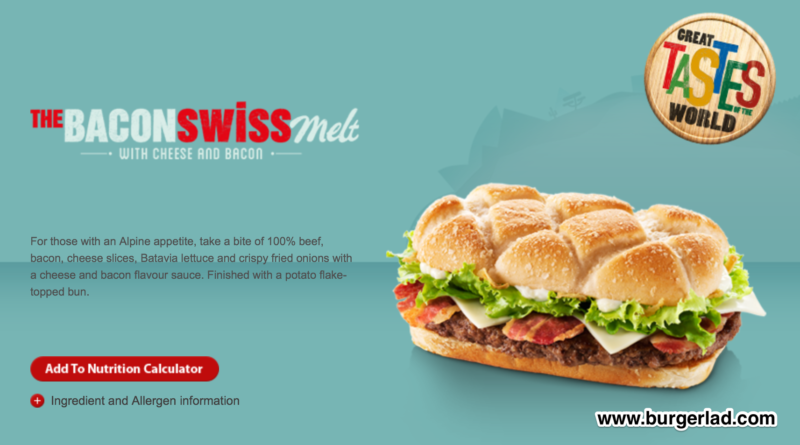 For those with an Alpine appetite, take a bite of 100% beef, bacon, cheese slices, Batavia lettuce and crispy fried onions with a cheese and bacon flavour sauce. Finished with a potato flake-topped bun.

We at Burger Lad® are sad… our sadness is due to the end of the five week Great Tastes of the World tour. We’ve taken in Mexico, Australia and South Africa on this tour (we missed out Spain in 2013) and now we find ourselves in the land of the Alps, Chocolate and Cheese. With that in mind I bet that the latter on this latest limited time offer from McDonald’s has to be Emmental or some other Swiss variety. We shall see…

Now if a very good friend of mine was reviewing this he would probably be getting arrested in some European resort while shouting “so you’re a Swiss” while proudly (but incorrectly) singing “4-2…4-2…4-2…4-2”. Remember, talking about Geoff Hurst in a built-up area is a chargeable offence. Prizes to anyone that knows what I am going on about…

As Burger Lad gets more viral and is featured elsewhere I must take caution when talking about Swiss cuisine so let’s just get that out the way… after all we don’t want to offend anyone with incorrect or omitted details. In fact let’s just take a look at this latest burger from McDonald’s and try to make a tenuous link between this burger and the land of yodeling.

The Swiss enjoy a good Rösti so can we say that the potato flake-topped bun is a dedication to this? Or is it an attempt to represent the Alps. Either way I do not confess to be any sort of food expert and remember this is all just a bit of fun.

I arrived at the drive-thru five minutes after I left the office and must have been the first of the lunch crowd as I sailed straight through, this time remembering to stop at the speaker ordering system. I was met at window one by a rude little rodent type but at window two the girl was friendlier and asked me to park and wait.

Excellent… this burger would be made up from scratch. I started to think that this particular McD’s is more expensive than the other ones I normally frequent and noted to myself to check next time.

After what seemed like a very long five minute wait I had the Bacon Swiss Melt in my clutches and off I went.

Now this burger looked OK, it had been put together well. The cheese sat on the patty looking like a “melt” but would this really take my taste buds down an alpine trail of flavour?

My first bite was extremely dry. And I mean really dry. It seemed like none of the sauce was present on my first bite. I noticed a bit of fatty looking bacon poking out the side and understood just how this can equate to 735 calories. And again I was given no bloody serviettes.

The bacon and cheese sauce had a seductively, smoky flavour to it and I would say it is not too far off the Big Tasty sauce. The freshness of the lettuce was better in this burger than the South African Deluxe but I was really disappointed by the apparent lack of crispy onions. Perhaps they used too many in the previous weeks offer and are now holding back while stocks last. I literally had one stray piece in the container and perhaps one more on the burger. Shame.

I am not 100% sure what was going on with the “potato” topped bun to be honest. Was this an attempt at a Rösti and/or pretending to signify the snow-capped Alps? I don’t know…and to be honest I don’t really care.

As I finished the last of the Great Tastes of the World burgers for 2013 I couldn’t help but reflect that I had gone into this five week promotion full of hope and optimism but on reflection came out wondering what all the fuss was about. I think after the standards set in week one nothing was ever going to compare to that.

We have demonstrated over that period of time that the linkage between the “country of origin” and the burger and ingredients used is tenuous at best. But we’ve had some fun on the way and we hope you have enjoyed it as much as we have (The Grammar Police siren is sounding outside Burger Lad HQ as I write this).

If I were to rank the burgers I would probably put them in the following order:

And here we have the latest episode of your favourite… Burger Lad TV:

So with our worldwide tour now gone and the summer of 2013 firmly behind us what does autumn and beyond bring for the next limited time offers from the Big M? My money is definitely on something similar to the Winter Warmer promotion we saw last year.

Thanks for reading, sharing and commenting and we hope to be back soon with more burger adventures in the 21st century. 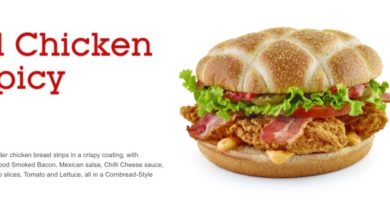 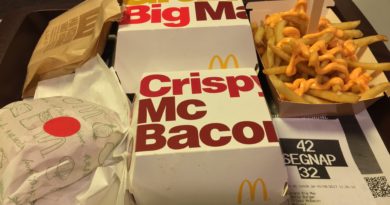 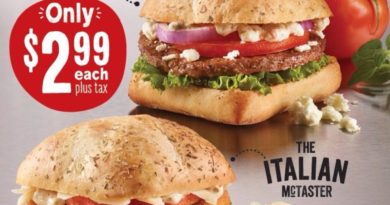