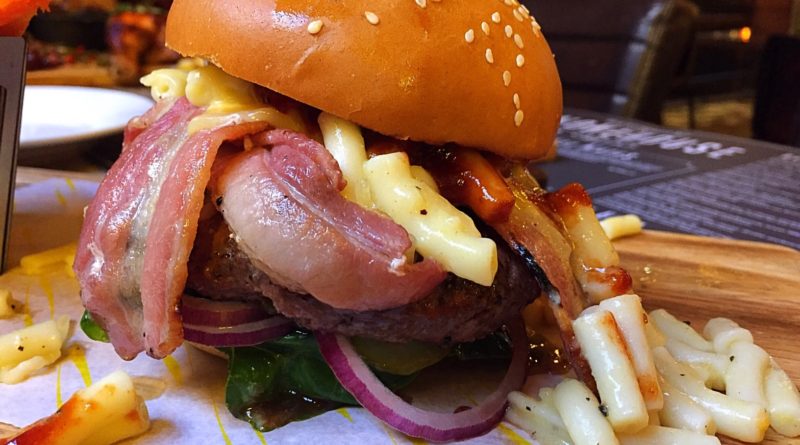 I was very, very enthusiastic about returning to Smokehouse since being there for the launch. You may think I am all about the burgers, and some of you, I am sure, probably think I am made of burgers. But I do eat other things sometimes, and I do follow the restaurant scene, particularly in Manchester.

After the shine of the launch wore off, Smokehouse did seem to suffer a dip in feedback, as a result of a number of factors, not least teething troubles. So, after a respectable period of time allowing the team to iron out the issues, it was great to be back.

Sitting down, and settling in, we were welcomed by Pitmaster Jason, who you may recall from the earlier Smokehouse review and of course the Love From The Streets review (that becomes pertinent later – keep reading….).

Before putting the order in, we had a good chat with Jason and if he has a catchphrase, it would be “it keeps getting better”. Now, a decent writer would usually keep the conclusion of a story to the end, but I would just like to share with you that the Pitmaster is absolutely correct – it does.

This was, by anyone’s standards, a great meal of its type. It was also one of the biggest I have ever had, consisting of (between two people) two burgers, ribs, chicken, sausages, brisket, Mac & Cheese x2, slaw, toast, two bowls of fries, sweetcorn, beans, pulled pork. It goes on and on.

In amongst that, of course, was the Big Mac Stack, the burger I had come here to review, but this time with another burger on the side. Do you remember I mentioned Love From The Streets? Well, Jason has brought his street food classic Jerkin About chicken burger onto the menu at Smokehouse, so a few words there first.

Jerkin About is as good as, if not better, than it was when I first had it. It is about as perfect a grilled chicken burger as you’ll get anywhere, with a near perfect balance of proportions, ingredients and flavours. It is a little spicy, it draws you in, the chicken is bloody outstanding and there isn’t a burn – it’s a pleasant sweet heat. For the full run down, check out our earlier review.

But back to the Big Mac Stack – this is all about the beef, with the house chuck steak patty at its core. It is essentially a bacon cheeseburger, with the twist that, instead of just cheese, it is topped with macaroni cheese.

Now, whilst that isn’t exactly mainstream, it is hardly a new invention, so it’ll be interesting to see how well it performs here. On the menu it is described as “messy but lots of fun” and I’d definitely concur.

You cannot put round things on top of food and expect them to stay put, so I fully expected to see macaroni overboard, and that’s precisely what I got. Overboard, underboard, wombling free. It was a glorious sight when it arrived at the table, only muted slightly by the sheer volume of other meats, including the side-burger.

I’m going to get stuck in right away with that 6oz chuck patty from the huge Pit BBQ. It’s great, I must say. In my view, cooked just right, plenty juicy, lovely colours and flavours, and ideally seasoned. It always bodes well for the toppings of a burger, of course, if the meat is terrific.

Despite the pasta in here, there are a lot of elements of a typical American cheeseburger in here. Lettuce, tomato, red onion AND crispy onion, bacon and of course BBQ sauce which is de rigueur in a place like this.

That sauce is very sticky, and assists the mac with the mess-making. But unlike many BBQ sauces, it is sweet without being overpowering. It’s a real pleasant addition to this burger and probably to most dishes. But I was in an utter mess by this point. My phone had BBQ sauce on the screen, my pen was all sticky. The description / disclaimer on the menu was entirely accurate, so much so that the heel was barely hanging on.

I am not entirely sure I picked up on the crispy onion in there, but I was definitely getting the red onion’s distinctive tang – it appeared to be completely fresh too. Along with the crispy onion, the lettuce and tomato weren’t doing much except looking quite pretty.

Lettuce never does, so that isn’t unique, and frankly I don’t want tomato to be adding too much to the taste, so I was quite happy with that. I’d put it down to the typical BBQ sauce experience – strong flavours mute weaker ones, and although I didn’t find the BBQ sauce overpowering, it was certainly the Alpha ingredient.

That brings me to the bacon. In the Big Mac Stack, it was possibly not needed, but it certainly added a fair bit to both aesthetics and taste. With the former, the bacon had been placed perfectly, with “tongues” sticking out right, left and centre, like it was shouting “look at me, I’m a cheeky messy burger”. The bacon was pretty ideal itself too, with the right balance of fat to make it downright tasty.

Finally, ingredients-wise, there were a couple of pickles in here. These gave a pretty authentic hint of Americana to this fabulous burger, and although they don’t seem to be listed on the menu, they were very welcome (if you’d known me a few years ago, you’d never have heard me say THAT and I credit Burger Lad for making me persevere with pickles).

The Big Mac Stack was close to perfect, and up there amongst the best fun, dirty burgers I have had. Beyond the burgers, the food offering here has well and truly bounced from any initial teething troubles and is a very exciting experience now. As for yours truly, well I was completely stuffed and went home for a lie down. It was two days before I had my next full meal! 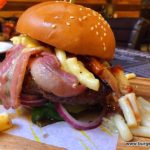 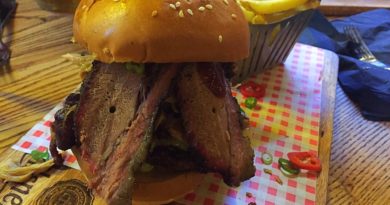