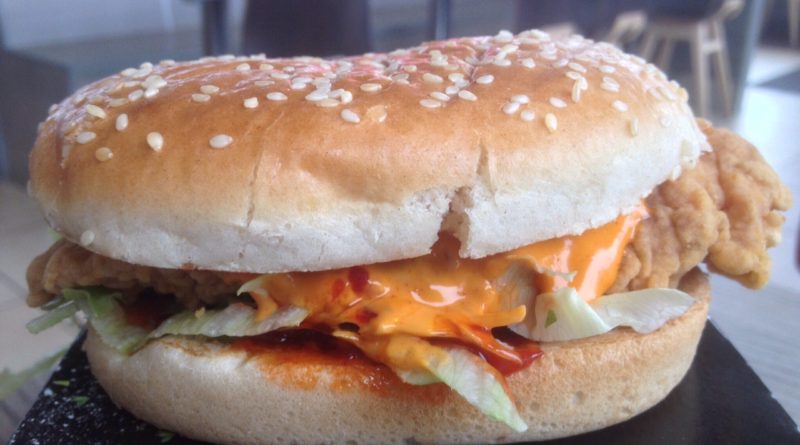 Feel the Heat – Our spiciest burger in the Meet the Zingers range, with a sweet chilli sauce and Supercharger sauce.

From today, KFC UK is doing a new promotion called ‘Meet the Zingers’. In this LTO you have the choice of three burgers; the regular Zinger known as ‘Hot’ with mayo, the ‘Hotter’ Zinger (aka Supercharged Zinger) with Supercharger sauce and ‘Hottest’ (aka Chilli Charged Burger) which has both Supercharger and Sweet Chilli Sauce.

So whether you want to call this the Chilli Charged Burger, the Hottest Zinger or the Zinger Hottest (yes I’ve seen all three names used) we present our review.

The Hottest Zinger arrived in a semi-stylish black promotional box which is used for any of the three spice level options and the pushed-in tab indicates which of the three is housed within (there’s actually also a fourth ‘Tower’ option).

When I looked inside, I found the presentation to be pretty reasonable but considering the early time I was there and the fact nobody else was in the restaurant, I thought it could have been slightly better.

This build consists of Sweet Chilli sauce on the heel of the bun, with lettuce, the familiar Zinger fillet and then a great amount of Supercharger sauce. Sometimes you get short-changed with how much sauce you get from chains but on this occasion, this was not the case.

The mixture of sauce works really well together and provides a surprisingly fiery kick. Your palate retains the spice for some considerable time after and I was suitably impressed with the Hottest Zinger.

I would say that the heat levels found on here are certainly on-par with the Hot & Spicy Buffalo BBQ Chicken from McDonald’s… maybe even hotter.

If I could compare it to a sauce from fellow poultry purveyors Nando’s, I would rank it in the region of the ‘Hot’ range from them. I think people with a low spice tolerance level will find this challenging, but for me, it’s great to see a High Street burger packing this level of heat. The concept of this promo reminded me of The Spicy Challenge which was available at McDonald’s Singapore a few years ago.

Meet the Zingers as a LTO has also featured in a number of overseas countries before such as Australia and Jamaica. The latter had interesting sounding and looking Inferno, Western and Hawaiian variants.

The Zinger Fillet is a cracking chicken burger for the price and accessibility, with that signature KFC coating and good, firm white chicken breast contained within. No complaints here…

There is also a good amount of fresh lettuce which gives the Hottest Zinger the perfect meat to salad ratio. There’s no cheese on-board, and I’m still undecided if this would enhance the build or not. Maybe a peppery cheese to see how much heat you really can handle?

I also believe that adding chopped fresh onion, similar to that seen on a McRib would really elevate the Hottest Zinger to the next level. Just a thought…

Visually it looks pretty striking with that vibrant orange Supercharger sauce and the richer, darker red of the Sweet Chilli. It’s pretty faultless and at £3.39 and 490 calories is a good-priced burger which doesn’t break the bank or your waistline. I actually could have had another straight after finishing this today.

KFC Meet the Zingers promotion starts Monday 5th September and should be available at all participating KFC restaurants in the UK until Sunday 9th October. With Hot, Hotter and Hottest options available to consumers there’s a good choice depending on your personal tastes. The inclusion of the burger as part of a Box Meal also makes this a great value High Street LTO.

Personally, I tend to always jump in at the deep end and go for the spiciest version and on this occasion I was both pleasantly impressed and satisfied with the heat levels and taste of the new Hottest Zinger (or Chilli Charged Burger or Zinger Hottest). 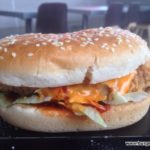 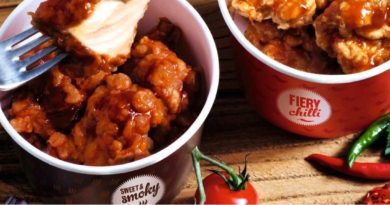 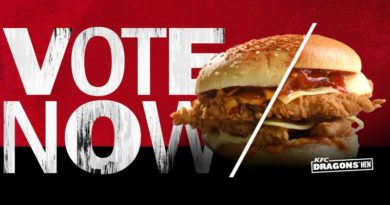 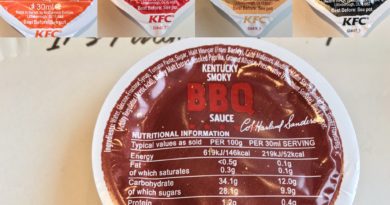