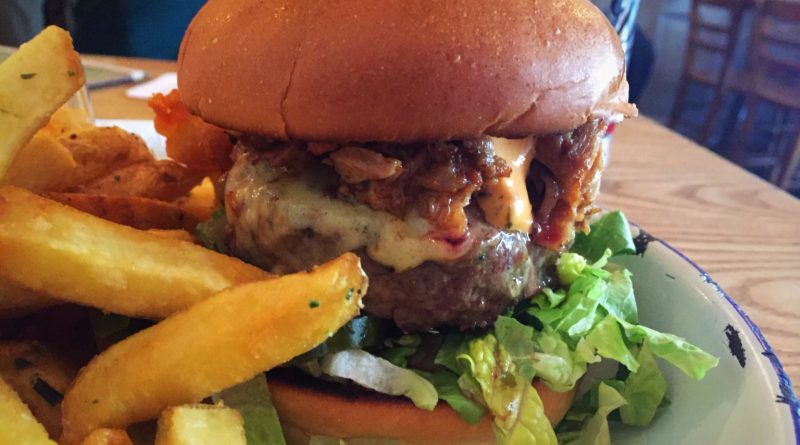 Not for the first time, two big names on the London food scene have hooked up. This particular pairing has been done before, generating one Honest Burgers’ biggest ever sellers, so popularity dictated a revisit.

What am I talking about?

Well it’s the Ribman Special at Honest Burgers of course.

The Rib Man, Mark Gervaux, is famed in London street food circles for his ribs, obviously. And Honest Burgers needs no introduction. Simple, short menu with a special at any given point. I’ve reviewed them before and enjoyed every bite so far.

This special is hot, due to the Holy Fuck sauce, which along with the rib meat on top of the patty, makes up the Rib Man part of this burger.

The Honest Burgers part is made up of the outstanding house patty, cooked medium, mature cheddar, pickles and lettuce. It’s not a complicated burger but it is a very VERY good one.

Now, the Holy Fuck sauce is legendary for its heat – the name kind of gives that away – so much so that two versions of this burger are available. One with mayo mixed into the sauce to take some of the edge off. That is the one I am having today because I want to enjoy it and flames of Hades just aren’t my style.

All of this of course comes with HB’s famed rosemary salt fries which, I’ve said before, set something of a benchmark amongst burger sides.

It arrived in the round bowl with a generous portion of these un-put-downable chips. The bun, a toasted brioche, has a reasonable diameter without being crazy. Everything is pitch perfect at HB and I was about to receive a masterclass in taking pride in a product. Read on.

Inside the bun, there is a bed of shredded lettuce and pickles on which the thick patty sits.

And when I say thick, I really mean it. It’s quite the doorstep actually, cooked the way they recommend – medium. Absolutely delicious medium-ground tasty beef.

On top of that sits the rib meat, cheese and sauce. The rib meat is sublime. I must admit to picking some of it out before attacking the burger. Melt in the mouth luxury is the only way I can describe it.

The sauce is hot, and for me the inclusion of the mayo makes it just right. I can actually taste all the ingredients instead of just having my mouth blown off.

Honest is all about simplicity and top quality and in that respect this is just a good cheeseburger with a few additions. The lettuce is visible and that’s all. It looks good but in my view, adds not a great deal to the taste of this, or any other burger.

The distinctive tang of the pickle came through very clearly and it’s an all-time classic burger flavour. One I never used to enjoy but you live and learn.

All of this sits on one of the best patties in the business, courtesy of Yorkshire’s Ginger Pig, HB’s meat supplier.

Naturally, you can have the beef cooked any way you want, but I prefer to go with the house recommendation which in this case is medium.

It’s a glorious blend, a lot leaner than you might think, and I later had the opportunity to try the beef all by itself in a taste test, but more about that later. It’s very easy to see why the Rib Man special is one of the most popular HB burgers ever. On top of an already great burger, with top end beef, you’ve got the Rib Man’s meat and sauce and it is fantastic stuff.

The rib meat itself has a texture that is rarely found. The minute it lands on your tongue, you know you’ve landed on your feet.

Honest Burgers aside for a moment, if you haven’t visited the Rib Man at Brick Lane or Euston, you simply must. I haven’t yet, and plan to correct that very soon.

I absolutely loved the sauce too – you can tell that, unrestrained by the mayo, the HF sauce is a total beast, but that is the point. This milder version I had just hit the right level of heat for me. More Scotch Bonnet than Naga. You get the idea.

So it goes without saying that this was a wholly enjoyable experience.

In a forthcoming article for QuickBite Magazine, Burger Lad® talks about the growing enthusiasm for collaborations and being one of the burger trends for 2016. And true to his predictions… this was an incredible burger served by a pairing of food businesses at the top of their game.

The burger however, was not the end of my enjoyable experience, for as I was finishing it off, I was joined by Honest co-founder Philip Eeles who had agreed to come along and meet. This was a massive honour for a burger fan like me and on behalf of the BL® team I’d like to thank him immensely.

I got far more time with Phil than I’d expected and it was absolutely fantastic to hear from someone who has (as part of a trio) grown from a marquee to the multi-branch, multi-million pound brand that it is now.

That marquee, incidentally has quite some significance in the development of Honest Burgers. It was green and it isn’t a coincidence that the green was carried on as the now instantly-recognisable brand colour.

And while the choice of colour was down to Tom’s better half, it is Phil who takes all the credit for the name, as it embodies the very ethos that they wanted to offer from day one, namely great service, great ingredients and a fun, uncomplicated experience.

From those early days in Brixton, HB is now synonymous with the burger scene in London, with several branches, over 200 employees and growth plans both in and outside of London. It was when the Soho branch was clearly successful though, that they realised the brand was a rip-roaring success.

But despite its incredible growth, Phil is about as down to earth as it gets, enjoying being as hands-on as ever, as is Tom.

In fact, despite the size of the business and the fact there is a dedicated marketing manager, if you interact with HB on social media, you are still speaking directly to Tom or Phil depending on the day. We chatted quite a bit about the positives and negatives of social media and the directness it facilitates.

There is also huge pride and investment in staff. Phil is happy with the turnover levels of personnel (often quite high in the restaurant business) and clearly the staff like working for HB too – the assistant manager was dancing while putting things through the till.

But what came through by far the most was the immense pride, to the point of obsession, he takes in the product. The minute he sat down, he was inspecting my burger to make sure it was cooked just right. I liked that, and the enthusiasm just spilled all over the table the whole time I was there.

Like all the ingredients, a lot of time went into selecting the meat before they found the ideal supplier in Yorkshire’s Ginger Pig. The actual beef mix is a secret (obviously) but I can tell you that it contains some chuck and is quite a bit leaner than you might imagine it to be, considering the flavour.

And that flavour is really outstanding. It’s a coarse grind with considerable methodology in the seasoning. In fact, Phil sat and talked about just salt for far longer than I would have ever imagined possible.

We talked about competitors for a bit too, and while he noted there were some in terms of business spread and some in terms of quality, the two didn’t merge. HB really has carved quite a unique place in the busy market.

A place which hopefully those of us outside London won’t have to wait too much longer for. As a non-Londoner, this was the question I was itching to ask Phil, and I was pretty pleased with the answer.

There are plans to open several more London branches, ideas for the surrounding South East and a very open mind regarding the rest of the country. It’s only a matter of time, and quite likely that, within 18 months we will see more and more Honest Burgers outside the M25 and I will be first in the queue.

Phil clearly still loves every aspect of the business (except perhaps the inevitable paperwork) and knows exactly what is important and what isn’t. There is such a significant passion for the beef, so much so that we had a taste test of three patties on their own, a well-done, a medium and a medium-rare, with lots of explanation on each.

The difference was immediately striking. The well done patty was considerably flatter and wider as a result of the loss of juices. If ever there was any doubt about how to have your burger, this is what you need to see. There weren’t enormous differences between the other two, except the central colouring but there was a definite increment in flavour as you went down the cooking times. Very eye-opening.

So what of the future?

Well apart from more openings, we will see more specials, the darlings of social media. It’s also worth noting that, even now, the specials are all still developed by Tom himself in the secret prep kitchen (can I please come along to one of these sessions next time, Phil?).

Not just traditional new and returning specials, but also collaborations. As Burger Lad® notes in his Quick Bite article, collaborations are a growth area and it’s no surprise that Honest is receiving loads of ideas and requests for collaborations and tie-ins.

So, that’s probably enough from me for now. I’ve probably reviewed close to 200 burgers for Burger Lad® by now, with a full range of experiences to show for it, but this, sitting down and enjoying an outstanding burger with one of my heroes definitely goes into the special memory box.

You’ve got a couple of weeks left to get this one down you, and I strongly suggest you do. 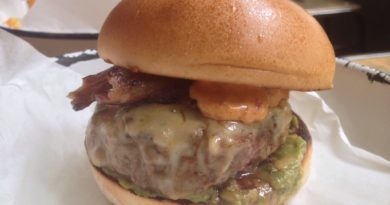 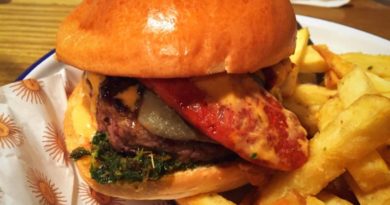 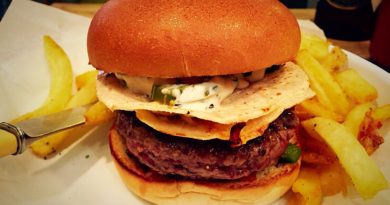