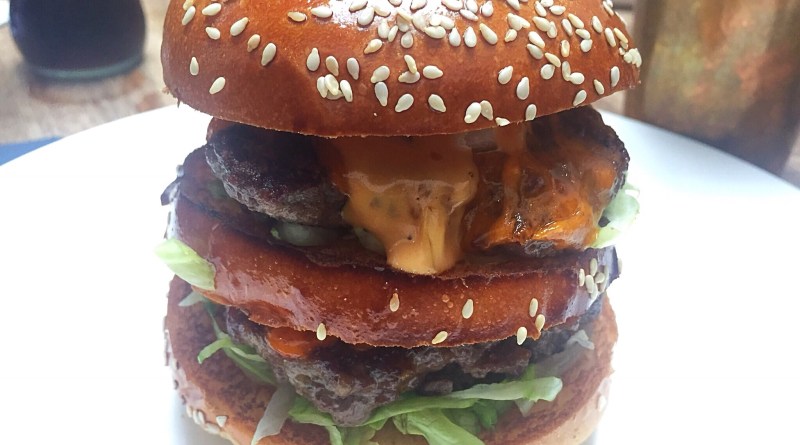 Hawksmoor, as you know, has two burgers permanently on the menu: The Hawksmoor and The Kimchi.

They also have a third burger which changes infrequently – The Big Matt has been out for a little while and I was invited to give it a whirl. 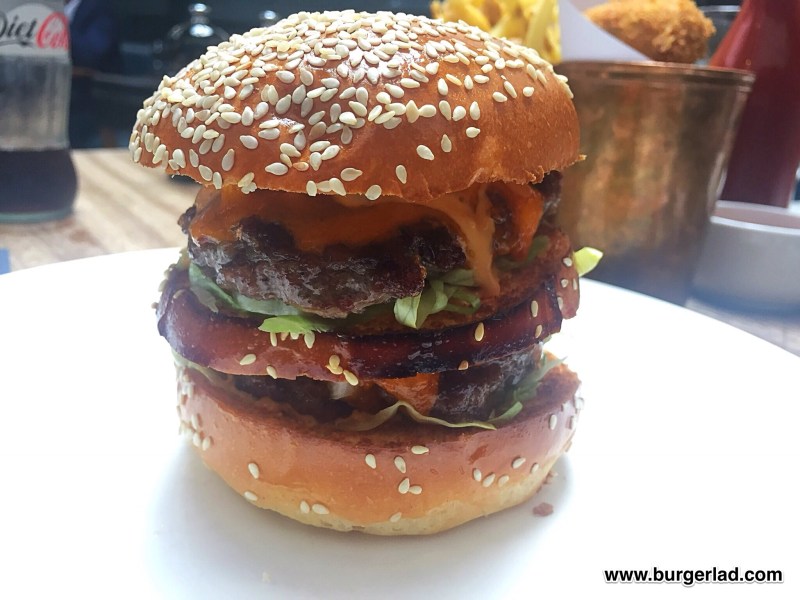 You’ll have already clocked, both by reading the name and looking at the pictures, that this is Executive chef, Matt Brown’s homage to a burger that is arguably the most famous burger in the world – the Big Mac.

You’ll also be aware from reading these very pages, that homages to the Big Mac are not new, not even in Manchester where a bigger and more expensive one has been around for a while.

But this is Hawksmoor, the temple of meat, and you’d struggle to have a poor meal or experience here.

So, orders in, a bit of explanation from the server and off we go.

We weren’t asked how we’d like it cooked, but it was explained that the beef element is made up of 2 x 120g patties giving us a shade over 8oz total. 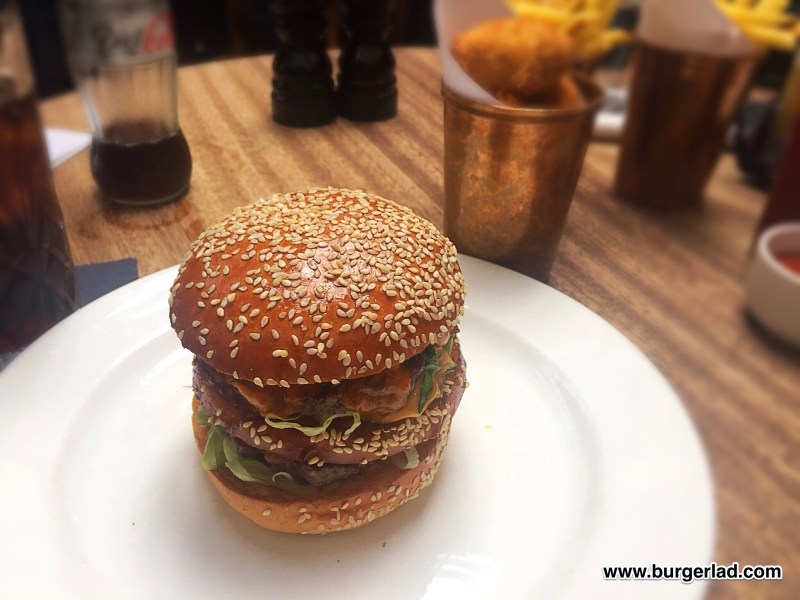 It’s also a fairly lean blend of beef, coming in at around 80/20 meat to fat ratio, and with constituent elements including sirloin and bone marrow.

It’s quite a low-fat content but I can assure you it was tasty enough and didn’t feel particularly dry.

The Big Matt Meal comes with fries, as of course the original does, and instead of a soft drink, comes with a ginger brew cocktail. Now I didn’t have that, as I was driving but my dining partner did.

Whilst it was interesting enough to taste, the murky brownish look of the drink wasn’t jaw-dropping. However, we are not here to review drinks.

Straight into the Big Matt and I was very impressed when it arrived. 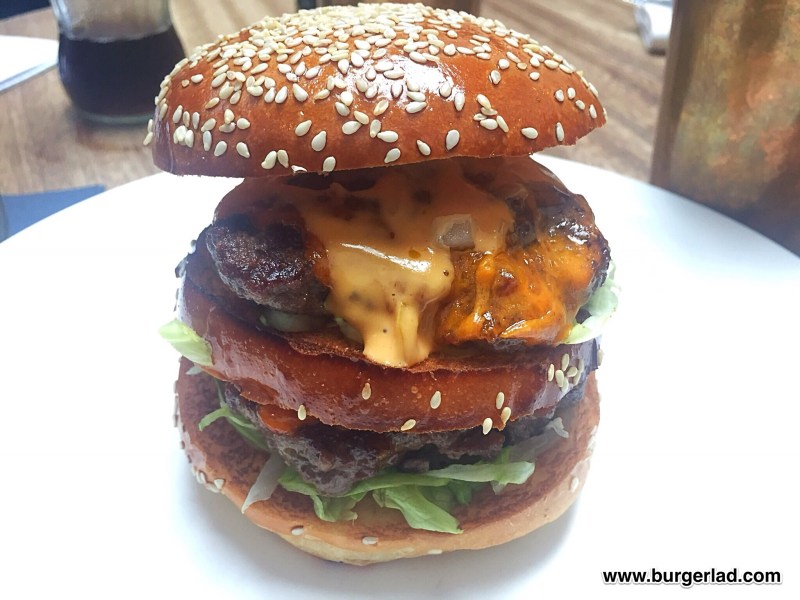 Clearly loyal to the original, it displayed far more of a glow all round, making the Big Mac look decidedly pale.

The effervescence came from the golden bun, the toasted middle slice of bread (on some edges perhaps verging on a little TOO toasty) and the rather clever use of Red Leicester instead of American “cheese”. I’ll come back to the cheese in a moment because it warrants more than a passing comment.

Now, moving onto the sauce first, we all know what Big Mac sauce tastes like and this was very, very close. It was recognisable, although I’d say the “seafoody” notes of the Thousand Island came through more prominently than McDonald’s special.

Not a criticism by any stretch – this burger clearly aimed to take its inspiration as a starting point and carve out its own premium niche, and did so with aplomb. 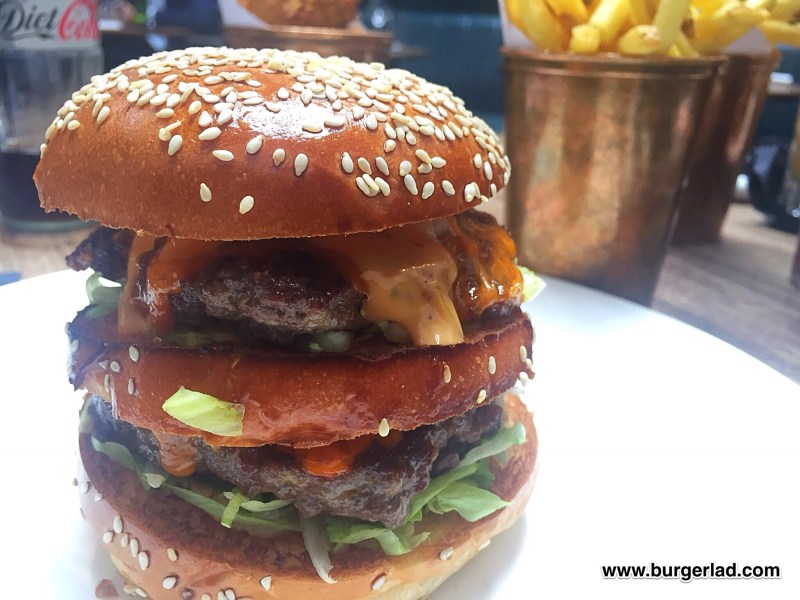 The cheese here was premium. The Red Leicester gave this tremendous rich, dark hue and my dining partner, a chef, noted that the saltiness required of a dish of this type came largely from the cheese. It was a soft saltiness not overpowered by any seasoning on the beef.

Whilst the lettuce added almost nothing to the taste, it contributed greatly to the aesthetic appeal of his burger, and of course is a necessary addition if one is to emulate the Big Mac.

The finely chopped onions added a lovely little crunch to many bites whilst the pickle rounded off the “hard” toppings here.

Overall, a thoroughly enjoyable burger showcasing the base of the world famous Big Mac but adding a decisive premium twist.

It’s not as “food-challengey” big as the Big Manc across town, but still a little too big to be eating traditionally, with both of us resorting to cutlery.

The Big Matt is a real treat of a third burger at Hawksmoor – a winner, as if we ever had any doubt! 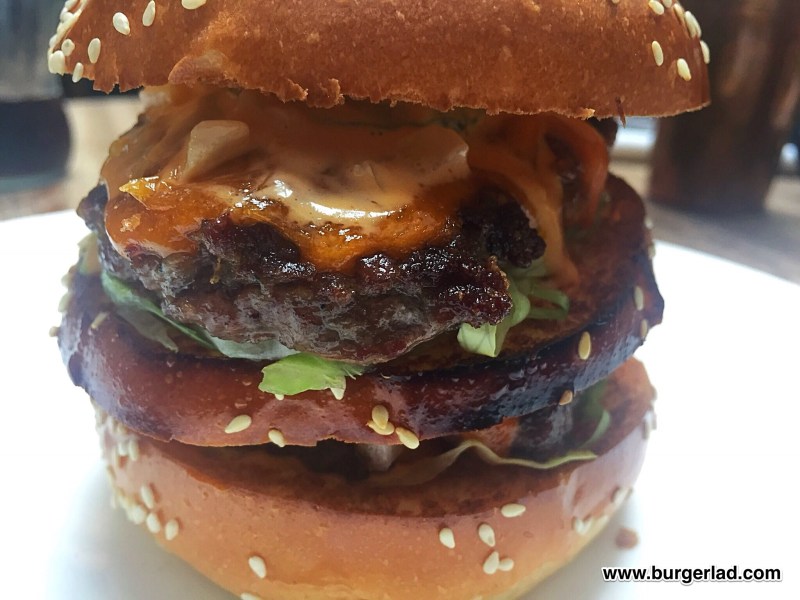 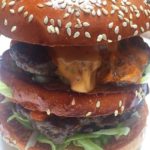 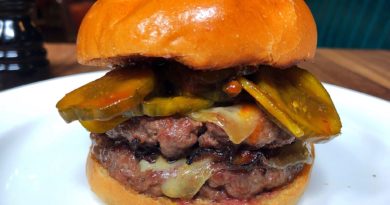 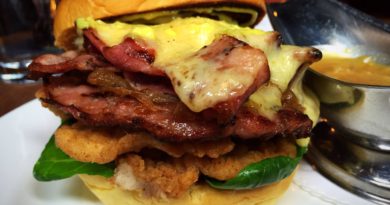 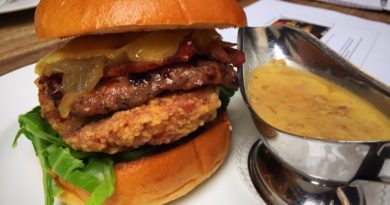