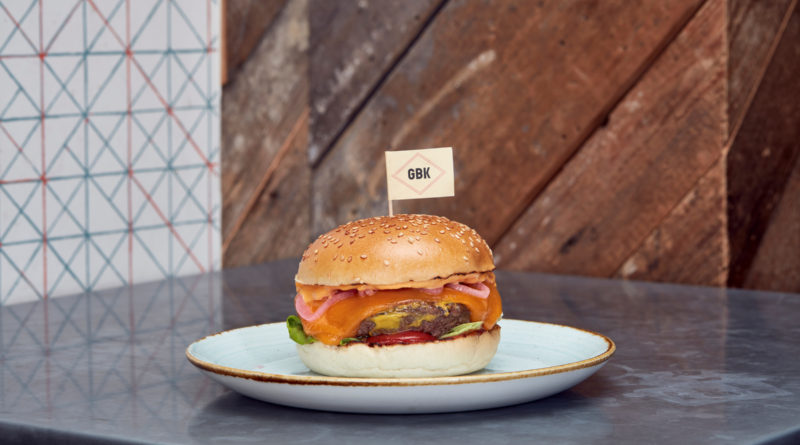 National Burger Day is approaching on Thursday August 25th and to celebrate, Gourmet Burger Kitchen have added an ‘off menu’ special to their burger roster.

Jamie’s Burger has been created by founder of Mr. Hyde’s Burger Day, Jamie Klingler and is available from Monday 15th August for two weeks. How do you order the not-so-secret menu item? Simple. Ask when ordering and the staff should know what you are going on about!

As part of celebrating “the greatest 24 hours of the year”, GBK are also offering 20% off your food bill at all their restaurants so it might be worth checking out this burger on the day.

Looking at the list of ingredients, Jamie’s Burger certainly sounds intriguing especially with the French’s Mustard grilled beef – or more commonly known in the US as “Animal Style”.

If you are unaware of the concept, mustard is fried onto the patty when cooking and is most notable from In-N-Out’s “not-so-secret menu”. Perhaps where Jamie got her inspiration for this build from?

The other eyebrow raisers for me are the Sriracha Mayo and pickled onions, so just how good is Jamie’s Burger?

Like the majority of GBK’s LTOs this is a decent and tasty burger, although the presentation was quite lacking compared to some of the burgers I’ve sampled recently.

There was also some confusion around its availability. To summarise, I basically asked the waitress if Jamie’s Burger was available and was told it wasn’t and that it had finished. I countered, saying that it only went on-sale Monday and that it should be running for two weeks.

After a brief exchange with the kitchen I saw a Chef nod and I received confirmation I could have it and that I was “lucky”. I don’t think she liked me.

Also, when I was given my food the waiter called it “The Red Leicester” so I had to seek assurances this was definitely the burger I had originally ordered. Because of my cynicism, it took some minor investigation on my part to check this was what I had come to review tonight.

Before we analyse Jamie’s Burger I would say that if you are going to do an ‘off menu’ burger it would help if all the staff are on the same page, instead of off it, so to speak…

The French’s mustard grilled beef is the major player on Jamie’s Burger and is good with a strong, defining taste. I’m not much of a mustard fan, but when cooked into the beef this makes for an interesting and enjoyable patty which countered perfectly against the sweetness of the ketchup.

Again, long-time readers of BURGER LAD® will hopefully know that I am quite adverse to tomato ketchup so the fact I am writing saying it works really well should be a testament to this build.

I was still bordering on uncertainty if this was Jamie’s Burger and I had to scratch some of the Sriracha mayo off the crown bun to confirm its existence.

The mayo itself is a bit drowned out by the mustard flavour but after my checks above I deciphered some of that signature tangy-sweetness. With the boldness of the beef and sweet ketchup, even the best of palates will struggle to pick this component out individually.

Red Leicester cheese is a good choice and fairly common in the GBK pantry, appearing on other burgers such as The Stack and Major Tom. This was melted very nicely and offered more sweetness to the build and that striking deep-orange hue looked visibly impressive as ever.

Two thirds into Jamie’s Burger I struck gold and my taste buds found the pickled onions – these are without a shadow of a doubt the best toppings on this burger!

Really sharp and tangy, the onions make for the perfect accompaniment to the deep mustard tones and mellow sweetness – a recommended array of flavours to get your senses going!

I was asked how I would like my beef patty cooked and by default I always opt for Medium. As with most visits to GBK, this was cooked spot-on and the meat was juicy with a favourable texture.

Personally I don’t know why lettuce was included as it really isn’t needed here nor does it contribute so I don’t have much to say on that aspect.

Overall, Jamie’s Burger is another decent release from GBK and I recommend trying it while it is on-sale in this brief window of availability. The main elements that stick out in my mind are the rich and bold French’s mustard grilled beef patty alongside the sweetness of the ketchup and delectable tangy onions.

The presentation let it down slightly this evening as I didn’t think it was up-to the standards I normally receive. And there was the confusion when ordering…

Apart from those minor points though, this did not detract from what is another good burger from Gourmet Burger Kitchen and its creator Jamie Klingler.

Jamie’s Burger is available at all GBK restaurants from Monday 15th August 2016 for two weeks. 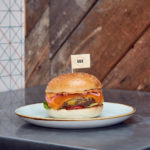 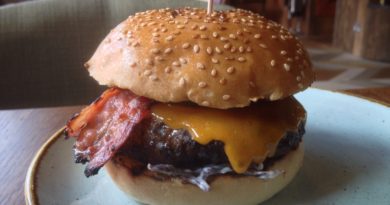 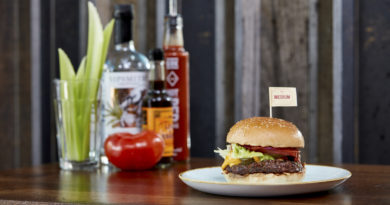 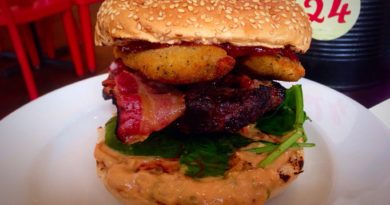