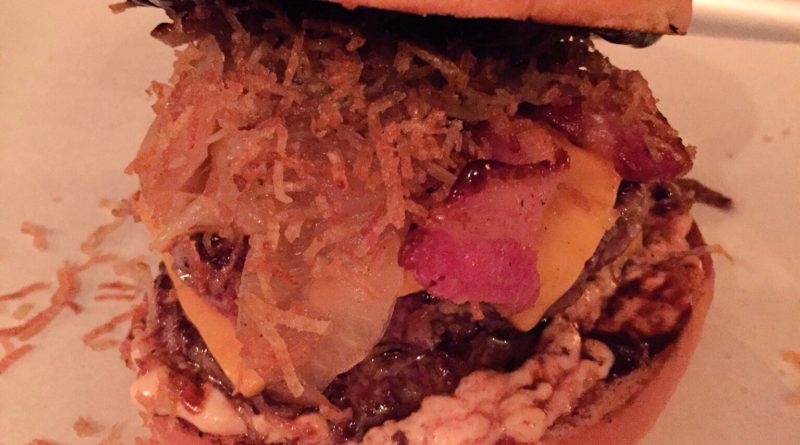 Review of Get Chucked, Urmston – The Body Poppa

A BURGER JOINT! IN URMSTON!!

No, its not a dream, it’s actually happening right now, under your very noses in the form of a pop up called “GET CHUCKED”!!

So it was left to me @si_bags, Urmston resident and life long burger aficionado to cut my teeth with a debut review on my home turf before The Admiral makes me get down and give him 20!!!

So, it was 2nd time lucky for me as last Friday’s attempt was unsuccessful due to the demand of the burger hungry locals.

I arrived around 9pm only to be told (very politely I might add) that all the burgers had been sold. This time I arrived early to avoid disappointment and the place was again bursting at the seams.

However, it wasn’t long before a table was available.

Beer purchased in the form of Moritz. A smashing drop that a few places in Manchester serve and quite refreshing it is too. Cans only though which aren’t my first choice but it all tastes the same once poured into a glass I suppose.

After perusing the menu online prior to the visit I’d already decided on The Body Poppa.

All crammed together inside a brioche bun. Not bad at all for £8.50 but the proof is in the tasting! We all know you can’t have a burger without fries so I chose the House Fries (£3) which are described as “skin on fries with house seasoning”.

Order in, I took the chance to see what else is on the menu. 4 more burgers and a veggie option, 4 hotdog variations and 3 choices of fries. There’s also a kid’s menu of a single patty burger or a hotdog, both served with fries for £5.

A little nosey around the small room and there’s seating for around 22-ish all at wooden tables. Cosy..

After a short wait the goods arrived. The burger was well stacked but didn’t require the wooden skewer that seems to be the norm in other burger joints I’ve frequented.

First bite taken and BOOM! Juicy succulent patty just pink enough in the middle for my liking, all glued together well with the American cheese and shoestring fries.

The bacon did its trick too with just a hint of smokiness. The BBQ sauce was noted but I didn’t get much heat from the chipotle mayo. This wasn’t a bad thing; if you want heat there’s a burger on the menu dedicated to that!

Skin on fries were up there too and plentiful. One portion would be more than enough for 2 to share in my opinion.

All in all a great experience and something little ol’ Urmston has been crying out for for ages.

Get Chucked is into its 3rd weekend of a 6 week pop up. Open Thursday – Saturday.

My advice would be USE IT OR LOSE IT! 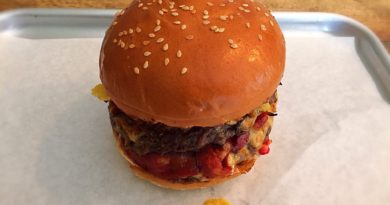