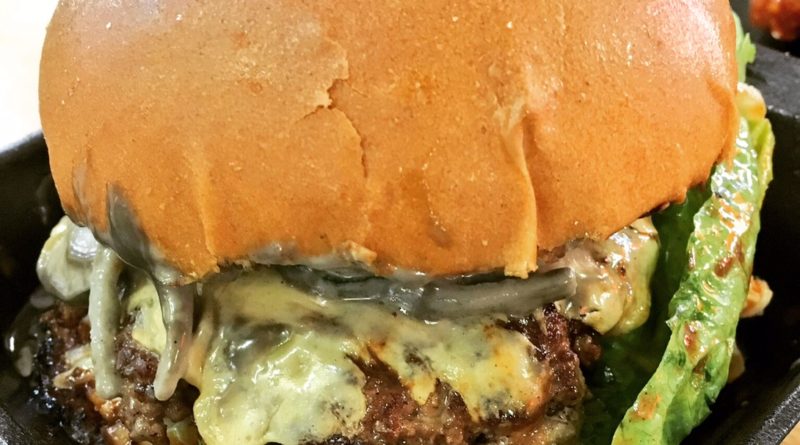 What do you get if you cross a Vietnamese market stall with the Michelin-experienced former chef from a short-lived 80s themed burger joint in shiny Alderley?

Not the punch-line to a joke, that’s for sure. You get another market stall firing out keenly-priced fusion dishes (hence the name, get it?) mixing Asian flavours with street-food know-how and a hint of Americana. It bodes well.

This is now Viet Shak’s third stall in the Arndale market (the other being a health-food bakery), so you might well imagine they’re well enough established to put the three concepts into bricks and mortar.

Or they may be happy with the marketplace setting (in which case I wonder if the other stall holders are becoming concerned).

Marketing-wise, a full-size bricks and mortar unit might negate the clearly successful imagery of queues at the stall and the “better get there quick before we are sold out” routine (which isn’t my favourite technique at all, but clearly it still works).

Whilst I’d happily talk to you about the marketing aspects of it all until the cows come home, we are here for the food, and specifically a burger.

Yes, I’ve had burgers here before, the Lemongrass chicken and the Viet-Mac, and enjoyed both of them, but with Chef Brice Moore on the grills next door, I’m expecting something even more marvellous.

An enormous welcome from Cari (Chef Brice’s better half) who took our order along with giving Manchester’s biggest smile, and conspired with both Nelson and Brice to provide us with extra Wings to try.

Seeing the meticulous preparation, the terrific FOH (if it can be called that on a market) and the queue already building, I knew this was going to be a great lunch.

Burgers came in a choice of beef or chicken with Asiana shining through the ingredients list (and a heavier focus on Japan) and frankly it was a tough choice.

Ultimately I decided on the Miyagi Burger (y’know – wax on wax off), which is the beef. It gets its Asian appeal from the Miso, Kimchi and black garlic mayo.

Now, at the other end of town, Hawksmoor also does a Kimchi burger, which is frankly outstanding, so there are big shoes to fill, albeit at a completely different price-point.

My eyes lit up when I was asked if I wanted the burger cooked medium or well-done. None of this “regulations say we can only cremate our patties now – helf n safety innit” nonsense that’s oft spouted in the burger world these days.

This patty was going to have a pinky core and I was very happy even before eating it.

It was great to watch Chef build the burger from scratch, flattening the patty on the grill and cooking it just right, before placing the ingredients faultlessly.

It came out to the front in a nifty black polystyrene box which was completely in keeping with Fusion Lab’s branding.

This concept has been very well thought through and contrasts neatly with the next-door Viet Shack which has grown rather more organically.

I had a burger, wings, spam fries and an open can of pop to carry to my table and it simply wasn’t possible. Trays could and perhaps should be provided, although most customers will probably manage.

Opening up the burger for my photos and inspection I was faced with the first negative of the experience, and that was the black garlic mayo.

I’m not convinced grey works too well as a food colour, at least not for me, and the grey had seeped through to the Kimchi too, leaving a kind of grey tentacled affair on top this burger.

I was convinced it was going to taste better than it looked though and that aesthetic reservations would be side-lined.

It’s a messy burger, no mistaking. The mayo and cheese ensured that was the case, and I’ll get back to that later, but first the bit you’ve been waiting for – what does it taste like?

Well, you get traditional brioche and beef flavours that remind you it’s a burger. But you also get a very unique sourness that defines this, and becomes very, very moreish as you go along.

At this point I must say, I wasn’t getting either the miso or the garlic (and the latter really needed to put a significant appearance on the palate to warrant the greyness).

At the bottom of the stack was some lettuce which added another colour although no distinct taste, and it did not manage to contain the juices.

The dirtiness of this burger seeped into the heel and it quickly became utterly sodden, which as ever resulted in my having to eat it upside down. The rainforest was unhappy as we raced through the napkins for our sticky fingers, but that’s all part of the fun.

And it was fun indeed. Once the initial sour blast of Kimchi wore off and my eyes acclimatised to the grey sauce, this was thoroughly enjoyable.

It was unique – even with the Hawksmoor one in mind, this is a class of its own – indoor street food dirty burger with grown up Asian inspired ingredients and fastidious service and presentation, put together with the skill and experience of a Michelin chef, I kid you not.

I honestly don’t think there’s anything quite like this combination, although it’s only a matter of time before the concept is copied.

I’d ordered a side of spam fries thinking they were French fries with bits of spam, but instead they were actually cuboids of spam which were served in a spam tin.

I would have preferred the former, but they weren’t half bad. They were not a patch on the mixed potato / sweet potato fries that we also had though, and that’s largely due to the Viet Shack seasoning that goes on them – addictively tasty with a distinctive sweetness.

Can I have the recipe please, Nelson? I’m sure I’d happily scatter that seasoning on everything!

At the end, I was a hair’s breadth away from ordering the K-Pop, which is the chicken burger, as well, but my belt cut into my midriff and said “no, not today sunshine”. Another day though!

The Fusion Lab concept is spot on. I wonder (and hope) if there will be rotating specials or menu refreshes in future, but for now there’s loads to be going on with.

You absolutely must go and visit, but I’d strongly recommend getting there before 12 o’clock unless you like standing in a higgledy-piggledy queue.

As for the Miyagi burger, which is why we are here, no it isn’t faultless, but it’s extremely unique, extremely tasty, messy and very enjoyable, all at about half the price of anything else that even comes close to hitting all these markers. 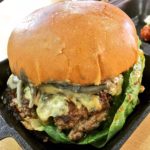