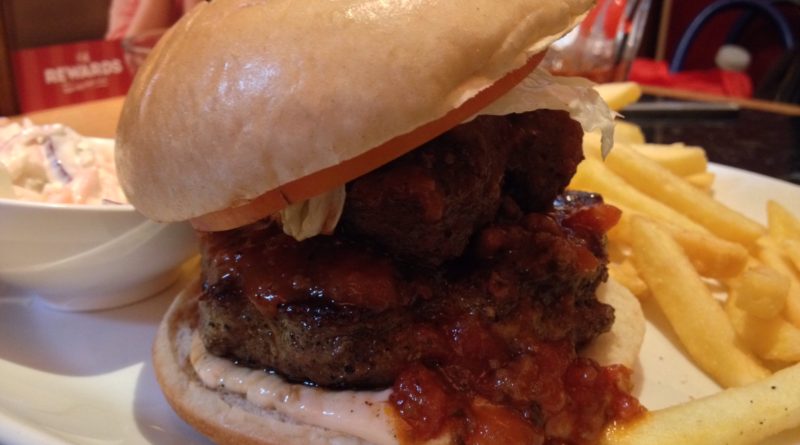 All of our beef burgers are 100% Irish beef, served in a soft Sicilian style bun. Served with baby gem lettuce, tomato and Benny’s sauce with golden fries and coleslaw. The “De Niro” – Our classic beef burger, topped with our statement meatballs and Cousin Mario’s bolognese sauce.

This was my first visit to Frankie & Benny’s since receiving an invitation to try their new menu back in June 2014.

On that evening, I did note that the Calzone we shared to start with, far outshone the Pulled Pork Burger… and that played on my mind when we returned today.

We were looking for somewhere to eat in-between cinema screenings and in The Brewery complex in Cheltenham you have some of the usual suspects placed near the multiplex. Nando’s, Prezzo, Chiquito, Harvester and F&B.

As we have Cineworld Unlimited cards and get 25% off food at F&B we decided to go there (there’s not a lot of QSR choice in Cheltenham) but at the eleventh hour I got a £10 off voucher when you buy two mains from the regular menu – this worked out a better deal.

So here we are then, The De Niro Burger.

The naming of this made me think of the recent story where Lucky Chip had The Wahlberger on their menu and had to re-name it due to Hollywood star Mark Wahlberg taking exception, accusing Lucky Chip of exploiting his name to sell burgers.

I wondered if Robert would act like a Raging Bull if he found out about this burger.

At the reluctance of the young chap who welcomed us we chose our seats.

Looking around you can tell that the staff try and group diners together as much as possible. Most people accept where they’re told to sit despite a reservation on their faces.

And it very much felt like we were subject to F&B SLA’s when we ate here. And I guess that is one of the flaws of eating at a chain and that they probably have certain service levels to abide by.

Must get drinks and food order in ASAP. You know the drill.

We explained we wanted to take our time and thus, after getting our drinks were left alone for a good 30 minutes which didn’t become an issue.

I did note a couple sit in the adjacent booth who, after approx. 10 minutes of waiting left without even ordering a drink.

Our original server was just not up to the task (my drink was incorrect) but it was Holly who saved the day (I think that was her name) and she received a tip worthy of her service.

I did ask the F&B Twitter account when The De Niro burger was added to their menu, but as of writing I have had no response. I don’t believe it was on there when we visited previously, but it’s certainly been around since at least August 2015.

How was it though? It arrived looking OK in terms of presentation with the obligatory wooden skewer holding everything in place alongside a mini dish of coleslaw and uninspiring looking fries.

I’d opted for this burger as I really fancied the meatballs and bolognese sauce combination.

Unfortunately, the sauce wasn’t the same as the very decent marinara sauce used on their Mozzarella, Tomato, Red Chilli & Chives Garlic Pizza Bread (this is recommended!).

The sauce itself was alright but nothing to get hyped up about.

It certainly was a bolognese-type sauce but I think Cousin Mario might want to look at giving it more pep. And despite having a decent amount of meatballs on top of the beef patty these were substandard in quality and taste and made eating the burger quite difficult.

Miss Milkshake had an amazing idea for an Italian meatball-inspired burger – a juicy lucy style patty stuffed with marinara sauce and then topped with mozzarella and rocket or basil. I was surprised there was no cheese on this particular build.

In my previous review, I suspected the beef patty was frozen and delivered in and I am adamant this is the case.

The beef itself wasn’t great. Certainly juicy (cooked well done) but with that “grill steak” texture and gives me the feeling it has “beef flavouring” in it. It’s like a generic “we’re a High Street chain so we need to have a burger on the menu” patty.

Texture-wise, with the burger and the meatballs this is a very meaty combative opponent and those not used to quality burger establishments will possibly be impressed by this offering.

The baby gem lettuce (despite its white appearance in places) provided much needed crunch to proceedings. I was really glad of it.

The bun coped well but like I mentioned above, because of the concave (or is that convex?) shape of the meatballs meant you ate less of the top than the bottom bun but there was no disintegration. It had also been very, very under toasted.

The major positive for the De Niro was the inclusion of the Benny’s sauce – this was actually very good and like we discussed at the table, a signature burger sauce heavily based on the iconic Big Mac sauce which tends to be the norm.

This was interspersed with small slithers of gherkin and when those bits hit my palate that was when I enjoyed this burger the most.

It was an odd one though – with the Benny’s sauce ending up mixed with the bolognese sauce and I’m still undecided if they complimented or condemned each other.

The De Niro burger at Frankie & Benny’s is not the greatest I’ve had and if paying full price it is expensive for what it is.

I couldn’t help but think of recent offerings from Solita, Almost Famous and Honest Burgers in a different league in terms of flavour and quality, but in the same price bracket.

Unfortunately, for the majority of the UK these establishments are not as accessible as F&B and sat here this evening I can see that it still remains popular today.

From my experience, the pizzas, calzones and garlic pizza bread are pretty good at F&B but this will probably be my last burger from this chain. 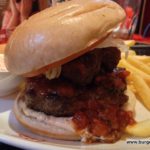 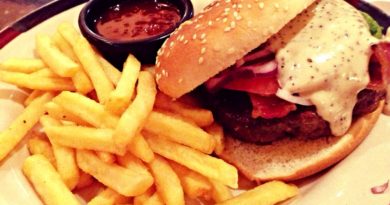 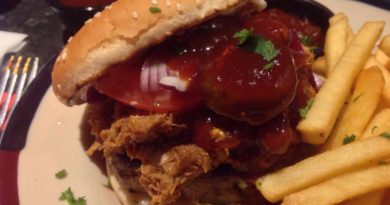 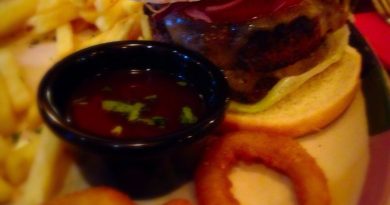