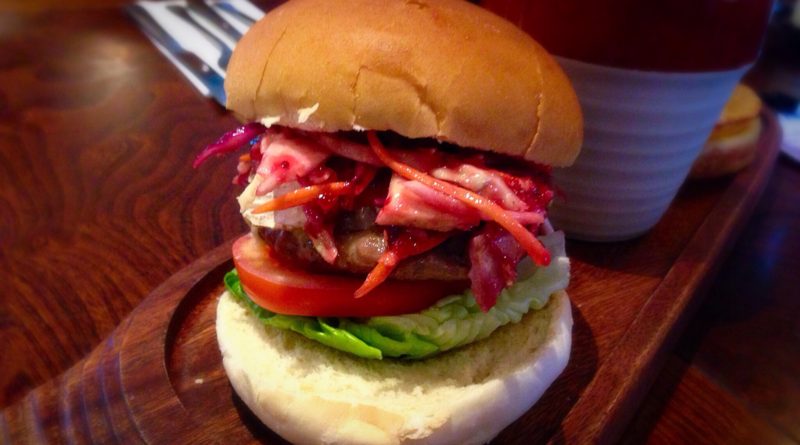 Chef and Brewer. Yet another huge national chain of pubs operating under their own local names, but with much the same menu.

Chef and Brewer actually have quite a few nice looking burgers on the menu and initially, it was the Wagyu Beef one that captured my interest.

However, by the time I got around to going, I discovered they have a “Game Festival” running – a celebration of all forms of game.

And guess what? It includes a burger. Who’d have thought! A mixed game burger with a bit of Brie, pork and blueberry, with a slaw that includes bacon and cranberry.

So, there was no contest. Game usually gives a fantastic hearty taste that is second to none. Now the Brie, blueberry and cranberry in there, I’m sure, is going to add a degree of sweetness.

The menu only stated “mixed game” so I had to ask about the contents. The answer was a bit odd I must say.

The waiter had to ask the chef and came back saying it’s just mixed. Every burger is different. It’s just what they send. (“They” presumably being head office). And you can’t tell which one is which.

I think there’s definitely an argument for better communication, so staff can answer what wasn’t, I don’t think, an unreasonable question.

It’s not that abnormal for a customer to want to know what he is eating. I told the young chap who I presume was the manager and he said he would feed this back to the company.

Anyway, onto the eating. It was quite a tall burger, but not large in girth.

The slaw was very prominent, and Brie was beginning to ooze out. The patty itself was chunky. Not listed on the menu, a slice of fresh tomato was also lurking at the bottom.

Biting in, I got the Brie right away. Not only did it deliver its velvety trademark taste, it also delivered a substantial amount of mess which continued until I finished. Yes, this was a messy burger.

The bacon was also there. A slight hint in the background.

The patty though, was the main attraction. It certainly looked the part and was firm to the bite. Rather strange not knowing exactly what it was, but there was no doubt it was game.

Firm, meaty and quite solid. The Brie was also permeating a bit into it, which was a good thing.

I must admit I was put off a bit firstly not knowing exactly what it was, and secondly knowing it had been “sent” from somewhere else. Which was a shame, because absent that conversation, I would’ve enjoyed it more. I wish I hadn’t asked.

So I set about putting that out of my mind and enjoying the burger on its own terms. On that basis, I couldn’t really fault it.

The balance of the distinct hearty meat flavour, delicate Brie and sweet sauces dancing around, gave a quite unique sensation.

I won’t be able to have it again, mainly because the Chef and Brewer Game Festival finishes at the end of November, and I have a LOT of burgers to get through for BurgerLad.com between now and Christmas.

I’d certainly recommend it though. All in all, one of the better chain pub burgers. 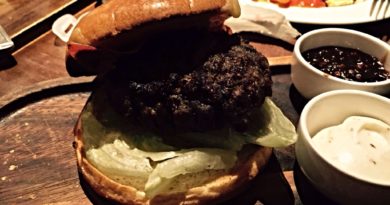 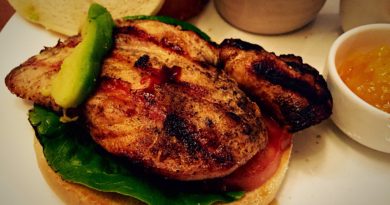