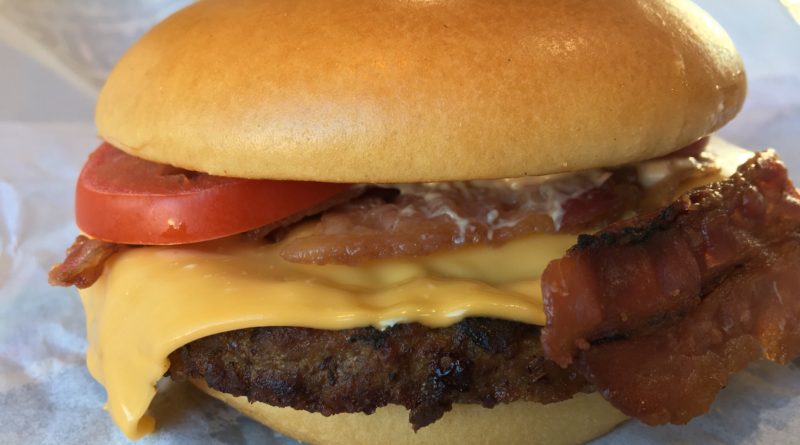 An Angus XT patty is topped with four slices of bacon and a Smokey Baconnaise sauce with tomatoes and cheese, all sandwiched between a tasty brioche bun.

We reported on the launch of the new Bacon Feast promotion at Burger King before the likes of The Sun, Metro, Joe.co.uk etc – anyone remember when tabloids and “lifestyle” sites reported on LTO at McDonald’s, BK or KFC before the BURGER LAD® website came along?

The hero of the Bacon Feast is the Smokey Baconnaise Angus. 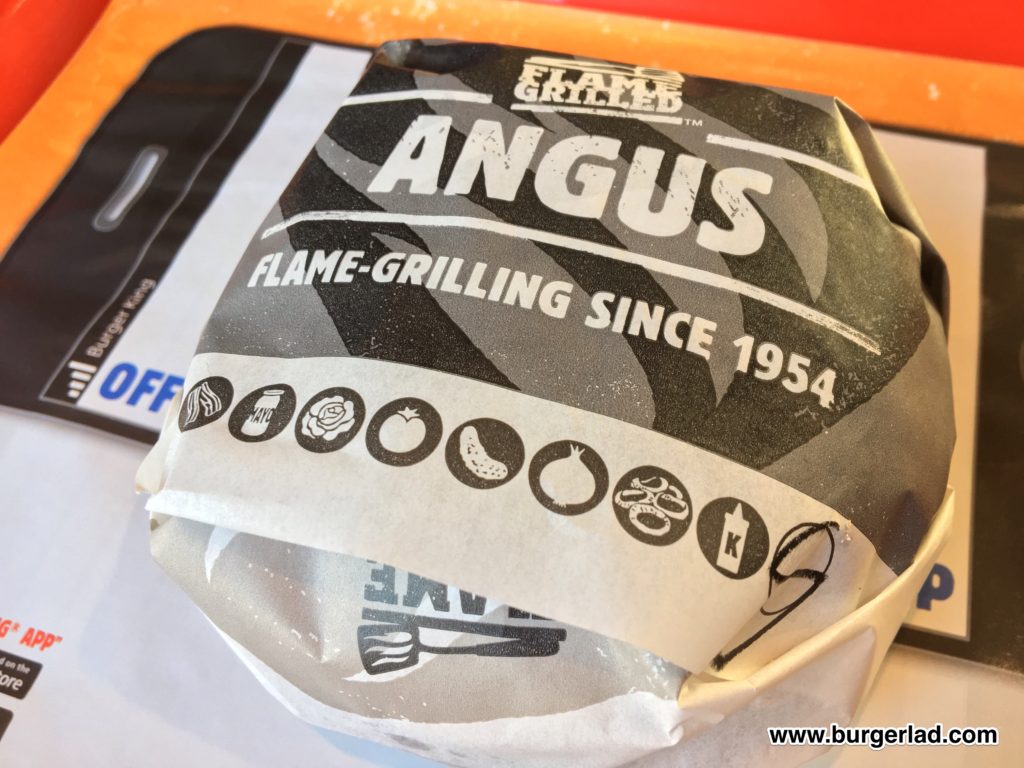 We were invited to Gloucester BK on the day of launch, but we didn’t get any preferential treatment. We have the option of getting our expenses paid back, and as of writing this hasn’t been done yet. Either way, this has no impact on our impartial analysis.

It was messy inside this particular Burger King – I’d say this is more the fault of the customers than the restaurant staff. Either way it was off-putting. 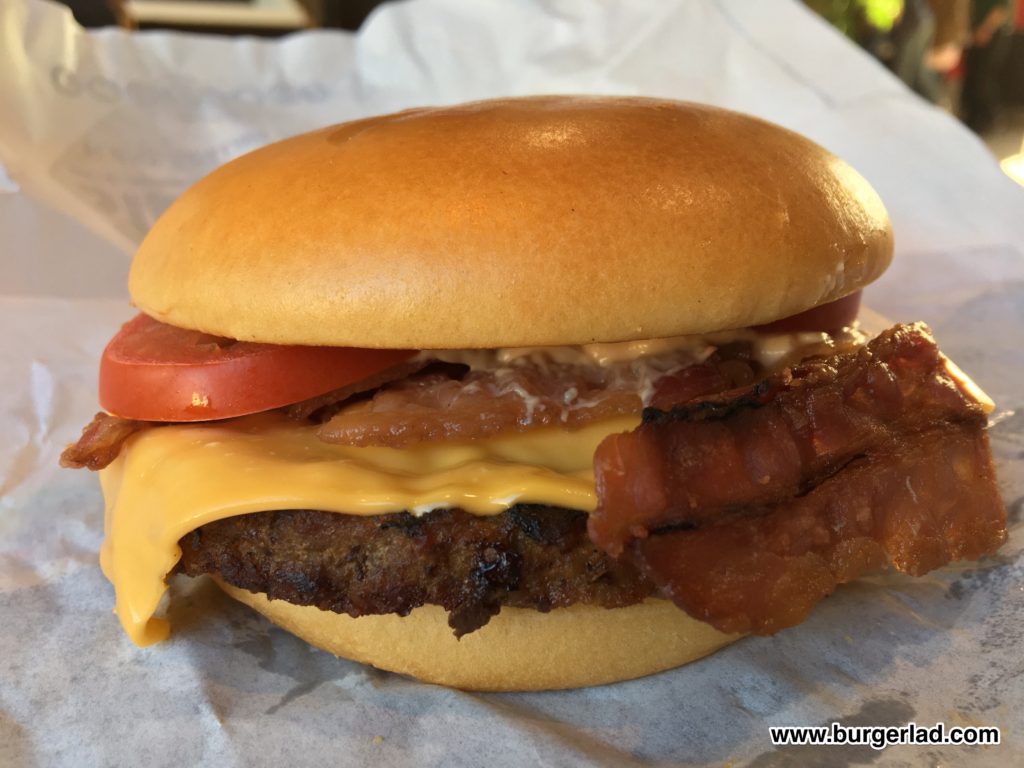 On the build, you’ve got a brioche bun, Angus patty, Baconnaise, fresh tomato, cheese and four rashers of bacon.
I’m pleased to report back that the Baconnaise is extremely good.

OK it’s not ground-breaking. GBK have been doing it for years, and even KFC brought it to the masses a few months ago on their Original Recipe Stacker.

The Angus patty was alright. Quite dry.

We found the heel of the bun quite soggy and the crown was bordering on dry which was a shame. The Baconnaise did help counter the dryness of the patty and bun though. 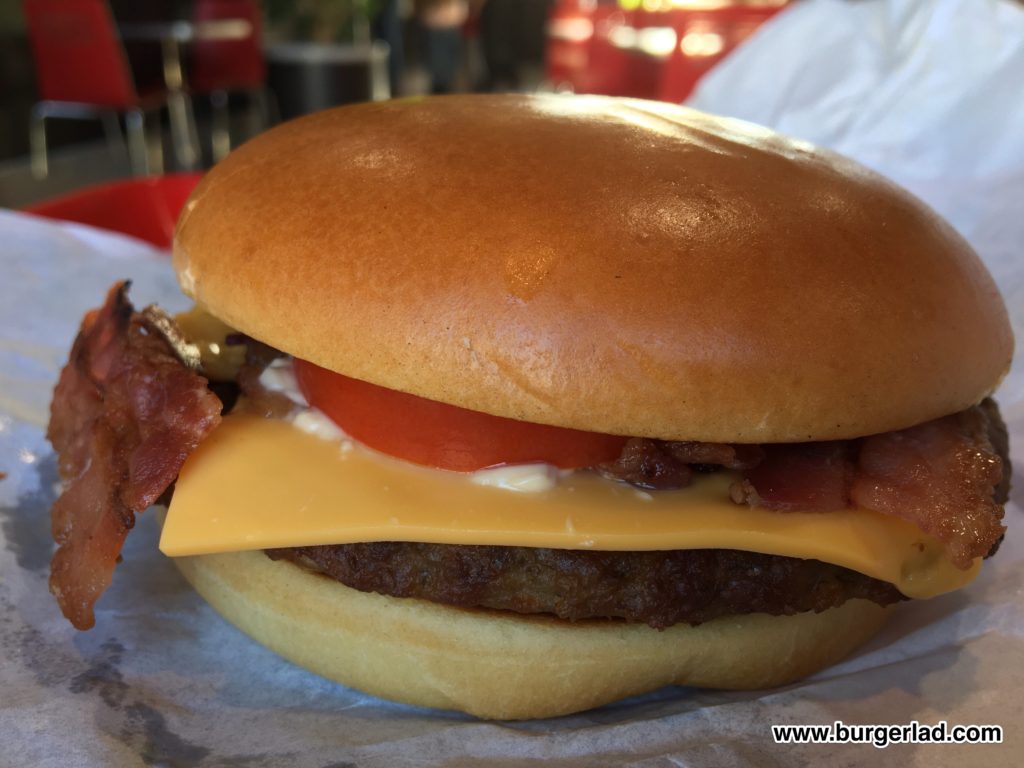 Oh, fresh tomato. Why do you have to make your presence known in the Bacon Feast promo? It really adds nothing to proceedings and I would love a BK promo to run that doesn’t feature the obligatory burger topping.

To be fair, I didn’t really notice it. It was fairly inoffensive, but I would have traded it for pickles in a shot.

Overall, it’s a fairly decent burger from The King and Co.

I’ve seen some comments on social media proclaiming it to be the best BK burger ever. But I wouldn’t go that far.

It’s got a great “bacony” flavour throughout which is spoilt by the inclusion of fresh tomato. It very much reminded me of a Bacon Double Cheese XL but with a brioche bun and sauce. But that sauce is recommended.

The Smokey Chicken Tendercrisp is a carbon copy of its beef cousin except for the chicken.

I actually preferred the Tendercrisp to the Angus patty. Oddly, the Baconnaise doesn’t feel so prominent on here compared to the Angus. It doesn’t touch the Ciabatta Chicken Tendercrisp for enjoyment levels though.

I don’t know what is going on at Burger King at the moment. As of writing, the website is still not updated with the Bacon Feast promo and they’ve not been active on Twitter since Boxing Day 2016.

The “inclusion” of the Bacon Double Cheese XL in this promo and lack of a Whopper smells of laziness, even if it is with a hint of bacon.

The Smokey Baconnaise Angus is a fairly respectable high street offering and is worth sampling alone for the creamy but strong Baconnaise.

At £5 and over it really is asking a lot from the consumer. You’ll notice it probably won’t be advertised as extensively as say the Bacon Clubhouse Double or Louisiana Dirty Burger.

BK seem to be more than happy to promote their budget menu instead of the main promotions like you or I look forward to so much.

Common BK… you can do better. 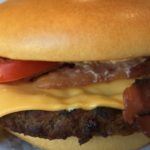 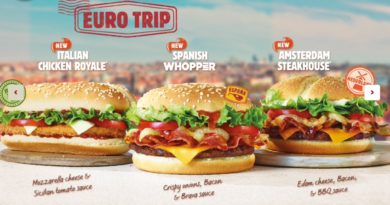 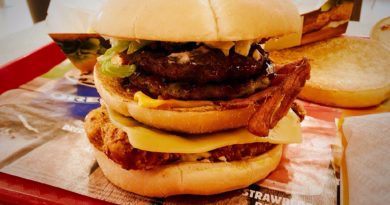 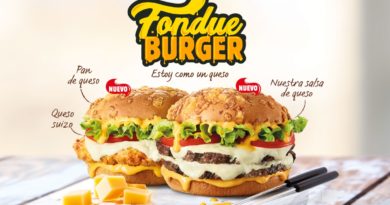