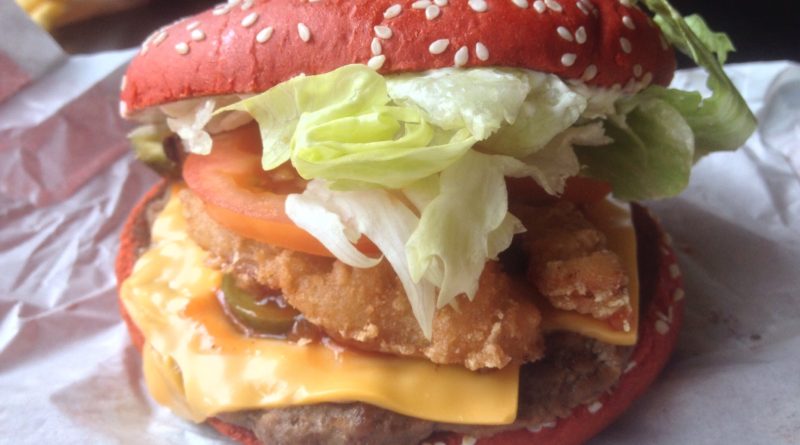 Today we were invited down to London by Burger King to attend the official launch party of the new Angriest Whopper.

You might think that travelling all the way from BLHQ to the flagship BK restaurant on Leicester Square to be a bit excessive. And obsessive…

After all, this is a burger released nationwide from today. But when you receive a special invitation calling you a “key industry influencer” it is very, very difficult to refuse. Besides, we love a London day out.

Following on from the media hype of the black-bun, Halloween Whopper, BK’s latest release sees a red bun – with hot/red sauce baked into the bun to give it that distinctive colour.

The colour red has been seen before. In 2015, BK Japan released the Aka (Red) Samurai Burger which also featured a bizarre red cheese. The UK version however has the standard American cheese – maybe we’re not quite ready for coloured cheese. Yet…

I’d lamented the previous Angry Whopper for having what I believed to be ketchup on the build.

In that review, I’d also said the sandwich/burger was crying out for bacon and I thought our prayers had been answered. But somewhere in-between the pre-release and final release, bacon has been dropped.

Mysterious… perhaps it fell in the volcano BK are using to promote this latest limited time offer in conjunction with volcano specialist, and co-creator and host of Angry Planet, George Kourounis. Anyway, moving on…

We were in prestigious company, with the likes of Joe.co.uk and Unilad attending the launch, but you can guess who grabbed one of the Angriest Whoppers first…

As you can see from all the pictures this is quite visually stunning.

The red is very vibrant, especially predominant when you take a bite out of it and see the terracotta red running right through the bun (I apologise now for a lack of cross-section).

And you do get a slight hint of flavour from the bun which is definitely more noticeable than the taste you got from the bun of the Halloween Whooper. Definitely.

The sauce is sweet with a noticeable strength but could definitely get angrier in my opinion.

Those of you looking for a very hot sauce are going to be very disappointed.

You have to remind yourself this is a High Street chain and the majority of their customers can’t handle the spice levels some of you yearn for from BK or McDonald’s.

I actually found the honey cayenne sauce on the California Whopper to offer more of a poke than the Angry sauce here today but this certainly offered a different complexity.

Personally I’d hold the creamy mayonnaise on the build too.

To me, it doesn’t make sense to try and make the Angriest Whopper – the angriest, spiciest BK burger of all-time only to wimp out with mayo on it, taking some of that spice level away from you.

I appreciate, that it provides “lubrication” but how about something with a contributing heat like a chipotle mayo maybe?

What else is on the Angriest Whopper? Angry Onions.

Yes these breaded little beauties really contribute nicely to the flavour and textures of the burger. I like these a lot and should definitely, definitely be on more BK offerings. A definite thumbs up for Angry Onions!

Jalapeños… rejoice and bask in the glory that is being able to walk into a High Street fast food burger chain and order a burger (or sandwich) with Jalapeños on it.

Again not overly spicy but bring that distinct pickled tang now and then. I can’t recall just how many slices were on my build but I picked them up now and then.

They contribute to the spice levels a bit but not majorly, but my heat tolerance is quite high anyway.

You’ve got some of the standard Whopper salad items on the Angriest Whopper (no fresh onion or pickles).

There was quite a bit of protruding lettuce on mine (sounds like a medical symptom) but it was all fresh and above board and the tomato stayed in for the majority of the tasting.

Patty-wise. I’m not going to go into great detail. It was respectable with that trademark flame-grilled flavour you’re accustomed to – basically if you’ve never tasted a BK Whopper or burger patty then you’re probably not reading this review.

Overall, it’s a good limited time offer from the King and Co. with another unique coloured bun the main talking point. Like I said above, a vibrant, terracotta red runs right through the bread which is certainly very impressive.

In terms of angriness… it could get much angrier. Definitely.

Let’s just stick some Ghost Chilli on there and call it the Nasty Whopper? Maybe?

If you are hoping to be blown away from the spice levels on the Angriest Whopper then heed my warning. This is not really that spicy. And the mayo is the villain of the piece for its inclusion.

But on the whole, I very much enjoyed it and would recommend giving it a go.

I apologise for not getting the calorie count above and forgot to ask, and at £4.99 alone it’s definitely bordering on the more expensive side for a burger on its own, especially considering the increasing competition in this country.

Obviously I didn’t pay for my burger today but I’d like to add that this (and my excellent goodie bag) as ever had no bearing on the final review.

With a worldwide release I’m just very, very glad to see it in the UK and once again I’d like to thank the lovely people that made this possible for us today.

Fans of the website will be keen to hear that as we left, my voice was heard calling back “bring out a green bun one next for St. Patrick’s day… like the green bun one you did in Saudi Arabia”. So watch this space…

The Angriest Whopper sandwich will be available in the UK from the 4th April until the 1st June.

I survived the Angriest Whopper!? Mate I’ve got the t-shirt…

On Tuesday, Burger King USA announced the impending release of a new burger, the Angriest Whopper.

This burger has almost identical ingredients to the previously released Angry Whopper, the major difference being the colour of the buns.

The Angriest Whopper has red buns with the colour coming from hot sauce baked into the bun.

As you are aware, we broke the exclusive news of the black bun Halloween Whopper last year, a burger which got a major reaction in the media so it appears BK are looking for the same response from their latest LTO.

BURGER LAD® can confirm, that from Monday 4th April, the Angriest Whopper will be available in Burger King restaurants across the UK.

On the media release, BK adds:

Last September, BURGER KING™ restaurants in a number of countries around the world, including the UK, debuted the Halloween WHOPPER™ sandwich with BBQ sauce baked into the pitch-black bun. The sandwich became a huge hit by adapting a curious-looking Japanese phenomenon for UK palates.

What do you think of the Angriest Whopper? Will you be trying it? What colour bun would you like to see next from BK? (remember we asked for a green one in our BK 2016 Wish List).

The Angriest Whopper sandwich will be available in the UK from the 4th April until the 1st June, in participating BURGER KING™ restaurants priced at £4.99 for the sandwich, and £6.99 for a meal.

We’ll have a review for you very soon. 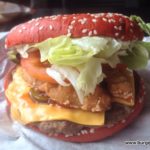 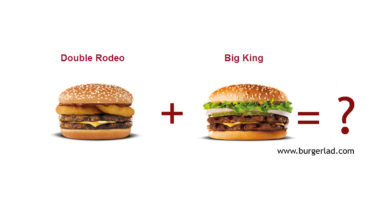 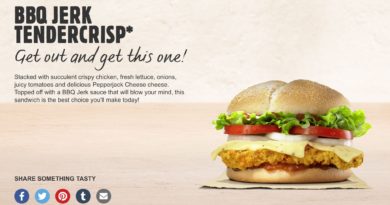 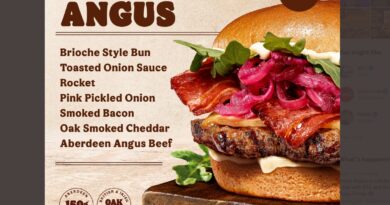