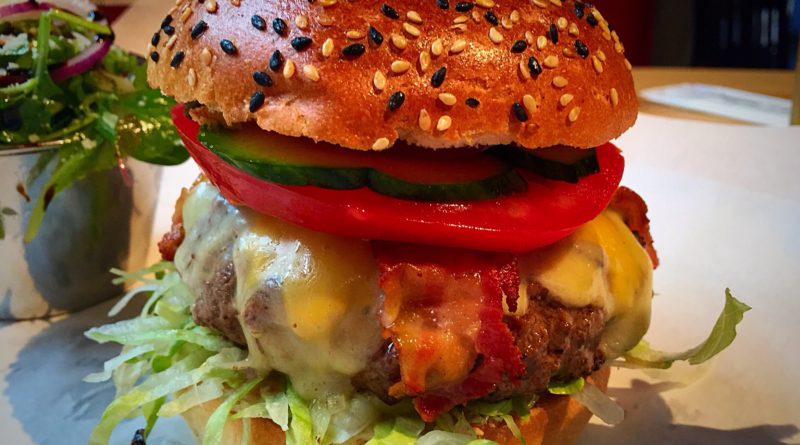 Review of Burger and Lobster, Manchester

We make our burgers from three cuts of steak which contain natural marbling. This marbling adds all the flavour we need and means we don’t need to add anything (and we mean anything) else to make the tastiest and juiciest burger around.

Another big opening in Manchester is Burger and Lobster, a growing chain with several London branches. It also now has a “northern operations manager” which suggests further openings in the future – Edinburgh and Leeds, perhaps.

No prizes for guessing which one I’m having, although I will tell you now that there’s a small part of me wishes I were having the lobster, for reasons I will explain later on.

Burger & Lobster comes with a pretty solid reputation, backed up by top quality food and service, if not low prices. When I saw this place has just opened, I mean it. Just a couple of days, after one or two “soft” openings which seem to be all the rage.

When I walked in, I was struck by the size of the place. The word “cavernous” springs to mind. The decor is fairly simple but elegant with dark wood and red upholstery, light wood table tops and lobster pots scattered around. There are also Peugeot salt and pepper shakers on the tables (no, I didn’t know either).

I was seated with a menu. The printed menu is for drinks while the food offering isn’t written down (except above the door). There are only three things on it and they were spoken unto me. It’s lobster, lobster roll or burger. All £20.

The burger is 10oz, served with lettuce, tomato, pickle and their own burger sauce, about which my waiter was especially enthusiastic.

It also has, at no extra cost, the option of cheese and/or bacon. I chose both – well, did I mention the price? At £20 for a burger I felt somehow obliged to load it up with everything I could get my hands on. That, and the fact that I like cheese and bacon on my burgers.

My choice of cooking was offered – medium of course – and it is served on a glazed seeded bun.

A short wait with my rather good Swiss beer, and my burger arrived on a large plate including a pot of salad and a pot of fries. Both of these, and the burger in the centre, certainly looked the business.

The seeded bun looked particularly striking with its smattering of dark and light seeds across the shiny top. The patty was gloriously thick and the whole presentation was very precise.

On top of the base was finely shredded lettuce which looked like it had been uniformly shredded and carefully positioned, with the patty on top.

It was cloaked in cheese that had been melted just right, while the bacon criss-crossed on top of that. Completing the build was some red onion, pickles and the biggest slice of burger tomato I’ve ever seen.

I can well imagine this build is very precisely set out and pinned to the wall in the kitchen so that the presentation comes out exactly the same every time.

It was quite a big burger and the sauce ensured it was quite messy too. Just erring on the difficult to hold and eat, but it did hold together.

With my first couple of bites I got into the good stuff – pink centre of a coarsely-ground patty.

There was no denying the quality of this. The beef was really very tasty and had that slight stickiness at the closure of the bite that great patties have.

Of the other elements, none stood out above the rest. Together they worked to put a savoury envelope around the beef, and I enjoyed the sensation immensely.

Actually, I was perhaps a little hasty when I said it held together. The final third didn’t, with bit of beef and bread crumbling out. But in a way, that’s a good thing – the fact that the beef crumbled is testament to its loose texture.

This was downright tasty and is definitely up there with the greats.

There was just one reservation I had, and it occurred to me when I saw plates of lobster going to other tables. The lobster looked like it was worth a bit more than £20, which suggests, to balance it, that the burger is a bit less.

But that’s a relatively minor concern and certainly doesn’t detract from the enjoyment and the experience. Fact of the matter is, if you want to have a really well-made tasty burger with top service, then you’d be daft not to visit Burger and Lobster. As for me, I’ll definitely be back to get stuck into the lobster.

Finally, thanks so much to the boss, Greg, who came over for a chat, explaining a little about the burger and the place. The patty is a mix of three cuts including chuck and brisket and it comes from Nebraska.

I’m also extremely grateful to Greg for flat-out refusing to take my money. Thank you also to Brian for the big welcome and terrific cheerful service throughout. 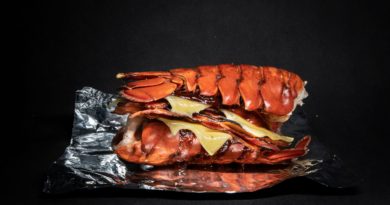