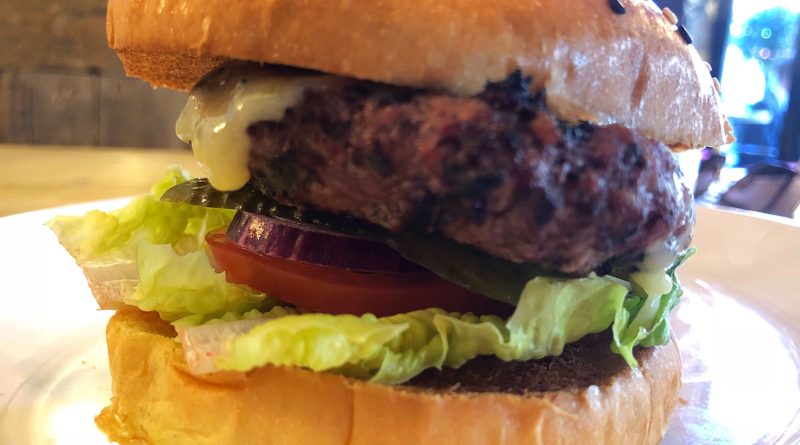 Bill’s is a chain that’s been on the edge of my radar for quite some time, mostly in the London area but I recently realised there was one in Manchester. I say on the edge of the radar, because frankly I’m not quite sure what their USP actually is.

Anyway, the opportunity arose and in I went. Fitted out in an almost nautical theme with an almost upmarket feel. It’s pleasant enough but confusing what it’s all about. And the menu didn’t help much with that either.

Bill’s Hamburger isn’t available on the set price lunch menu although there’s a cod “burger” on it. The hamburger, and a chicken one are both on the main menu.

I’m really not keen on cheese being a paid extra (especially in this case when a massive tomato slice is a core ingredient), as cheese is one of the key essentials.

Optional extras at extra cost were also bacon and bizarrely, avocado. I left both of them, but reluctantly chose the cheese – making this quite pricey, and I was hoping it would be worth it.

Well, you will see from the photos that it doesn’t look particularly fantastic, nor is it massive, so the first impressions are that it doesn’t warrant its price tag. So it will come down to quality and taste. 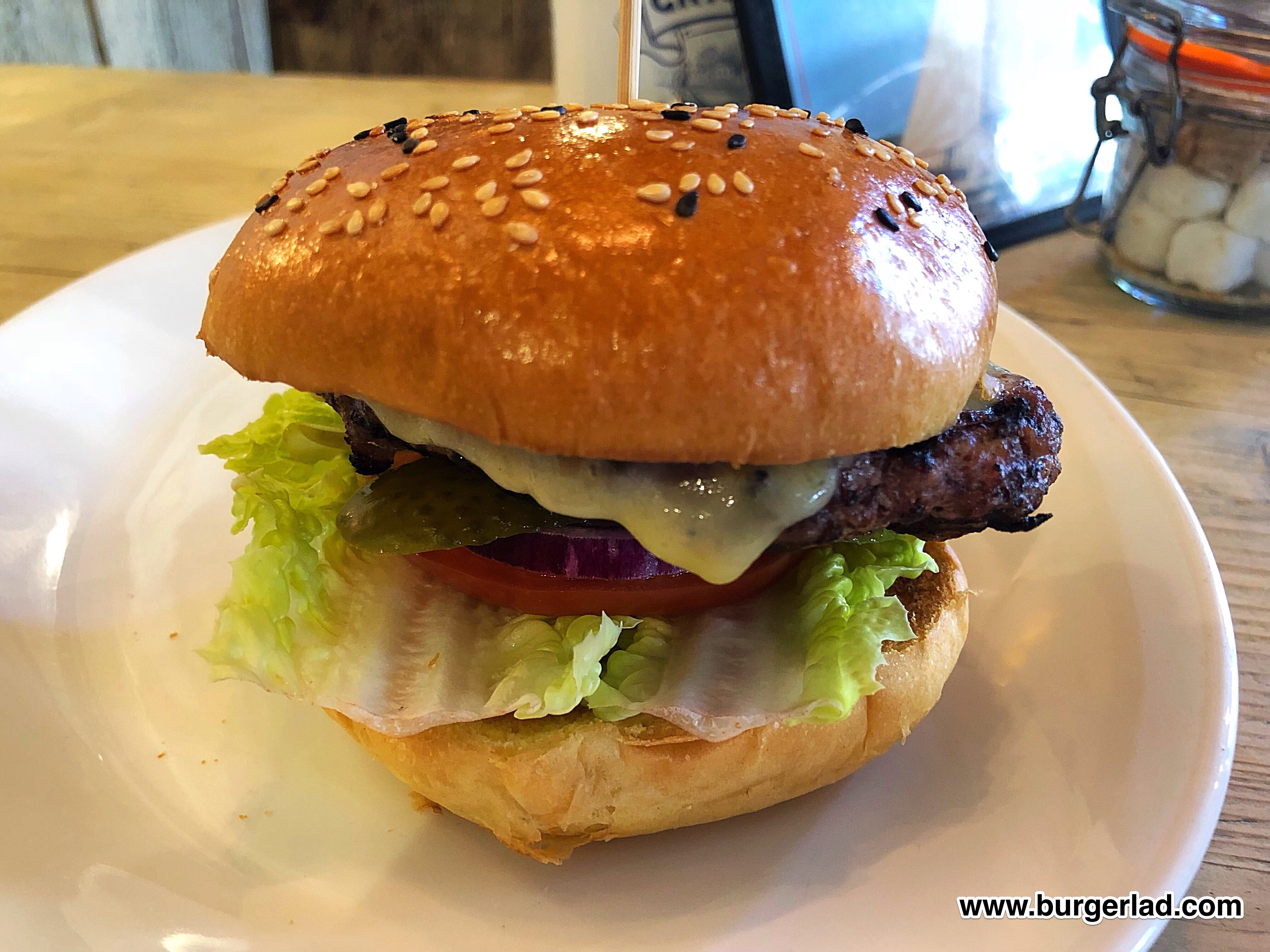 The included extras listed are lettuce, tomato, red onion, and I’m intrigued about the “secret sauce”. Fries, it turns out, are also included, which mitigates the price aspect of the cheese exclusion, but also makes it all the stranger. I chose not to add bacon, and I definitely wasn’t having avocado. What am I, a millennial hipster or something?

At this point in ordering, I was immediately impressed, for I was asked if I wanted it cooked medium or well done. No rare option, but to have the choice these days means that Bill’s has navigated the cost and hassle of FSA hoops. I chose medium, obviously. 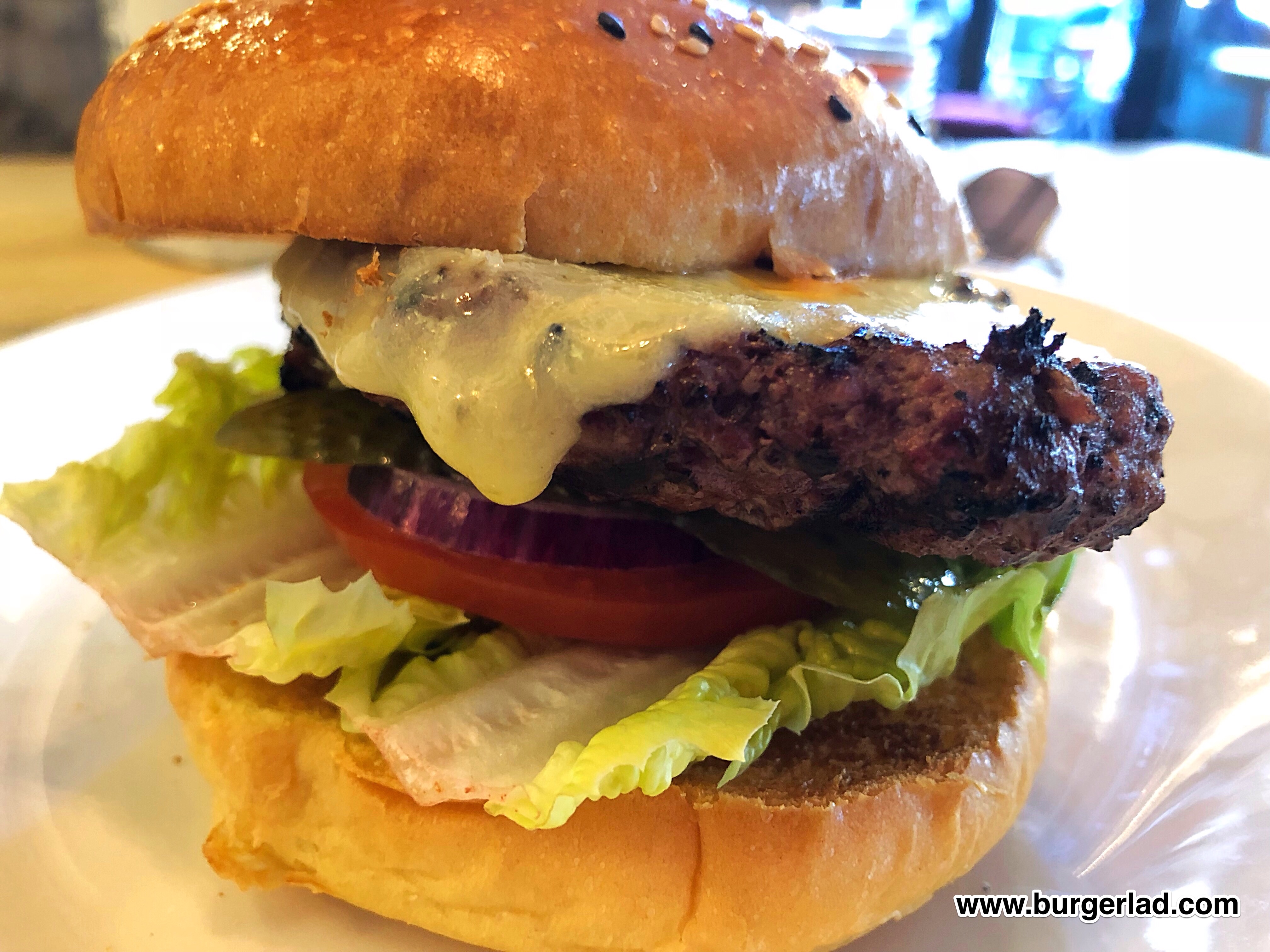 When it arrived, I tucked into the fries first. These were pretty close to perfect, actually.

They could’ve done with a little more seasoning, but they were good. Better than Bill’s Hamburger, it turns out.

Speaking of which, this one looked very stacked, but immediately my eye was drawn to how dry it is.

Where is this secret sauce you speak of, Bill? I couldn’t see it until I lifted the lid and there was a very conservative dab of orange on top of the cheese. Perhaps if I’d paid more extra, I would’ve got a proper amount of sauce? 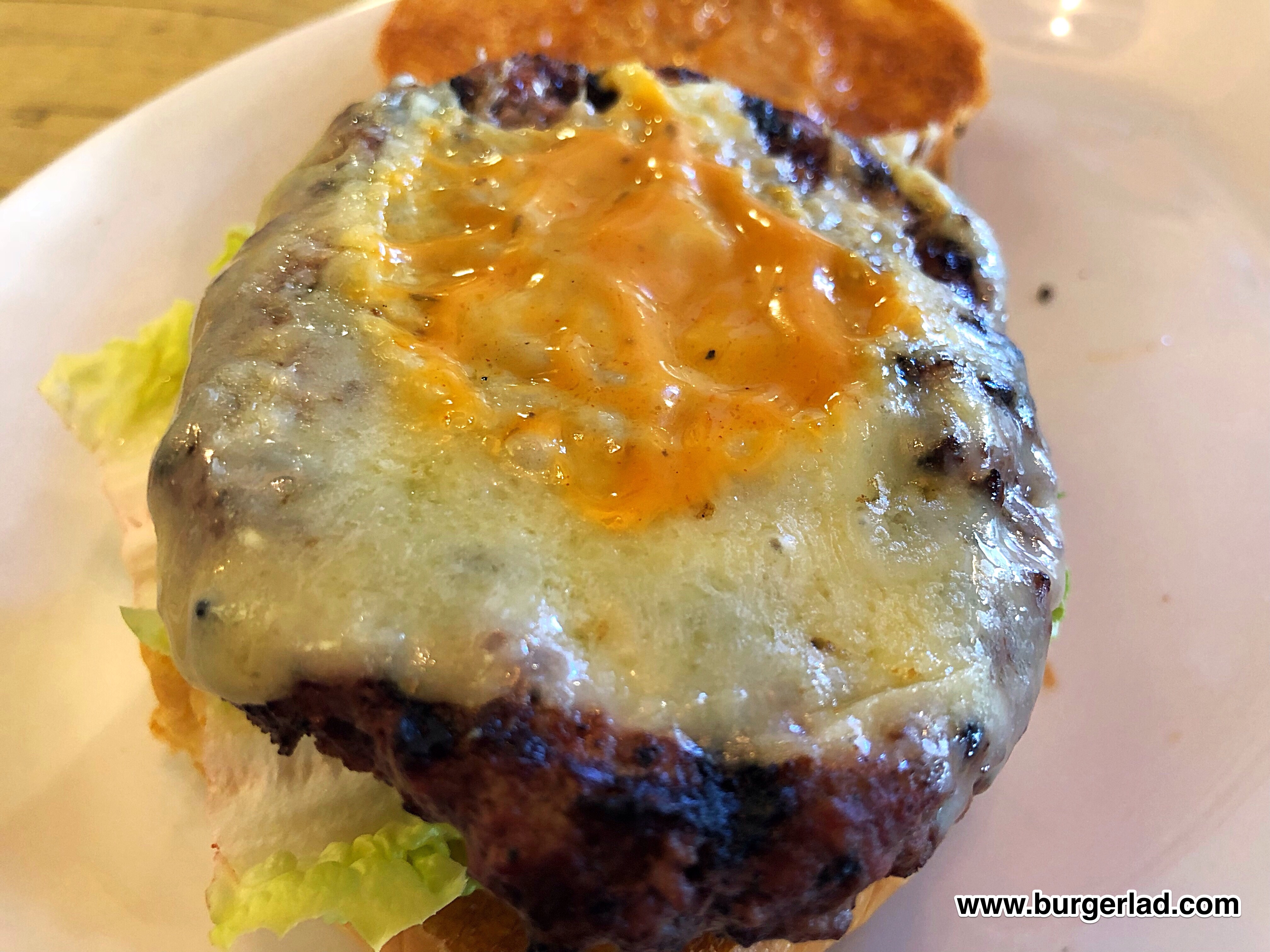 As I mentioned earlier, the tomato was huge, so that was coming off sharpish. There were also two large pickles on here, not mentioned on the menu.

You include pickles without even listing them as a topping, but charge extra for cheese? Nah, I’m not keen on that set up one little bit. Cheese should be included in the £10.95 and pickles should be shown on the menu.

On the upside, I must say the burger smelled great, very meaty and thus far that was its redeeming feature. Oh, and the bun – the two-tone seeds really looked the part. A simple touch, but effective and very easy on the eye.

At first glance, the beef didn’t look medium, and biting in it wasn’t even remotely medium.

Either the instruction hadn’t made it to the kitchen or the kitchen had chosen to interpret medium and well-done.

Either way, it was disappointing which is a real shame because the patty was really beefy – a very good blend – and would’ve tasted better medium.

The extra juice also would’ve helped with the dryness. No meat juice, and not enough sauce made this tough going. Thank goodness for the cheese. Did I mention this was an optional extra at added cost? 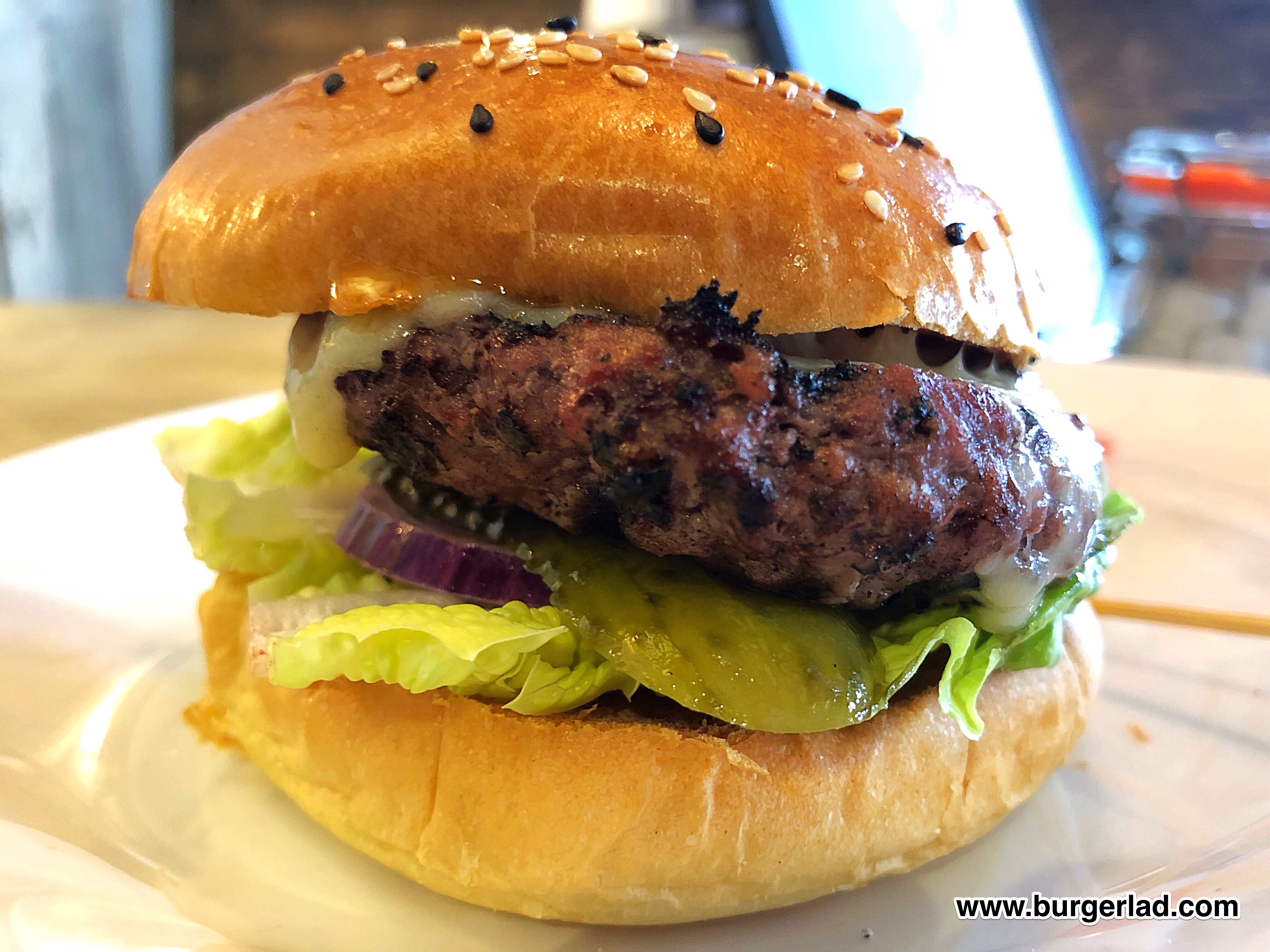 The elusive secret sauce added a slight background sweetness but was otherwise completely absent due to its limited amount. And a good thick heel prevented any disintegration although the overall dryness meant this wasn’t going to be a worry anyway.

This is a missed opportunity. There is a good beef patty in there, but a clumsy options list and poor execution let it down. Improvement would be simple and straightforward and would turn this mediocre offering into a menu item that would let that patty shine.

At the end, it was childishly amusing asking for the “bill”.

I quite like Bill’s, I like the place, the rest of the menu looks decent, the service is very good and it’s sedate and comfortable. Bill’s Hamburger needs work though, and I’m still not sure what the USP is. 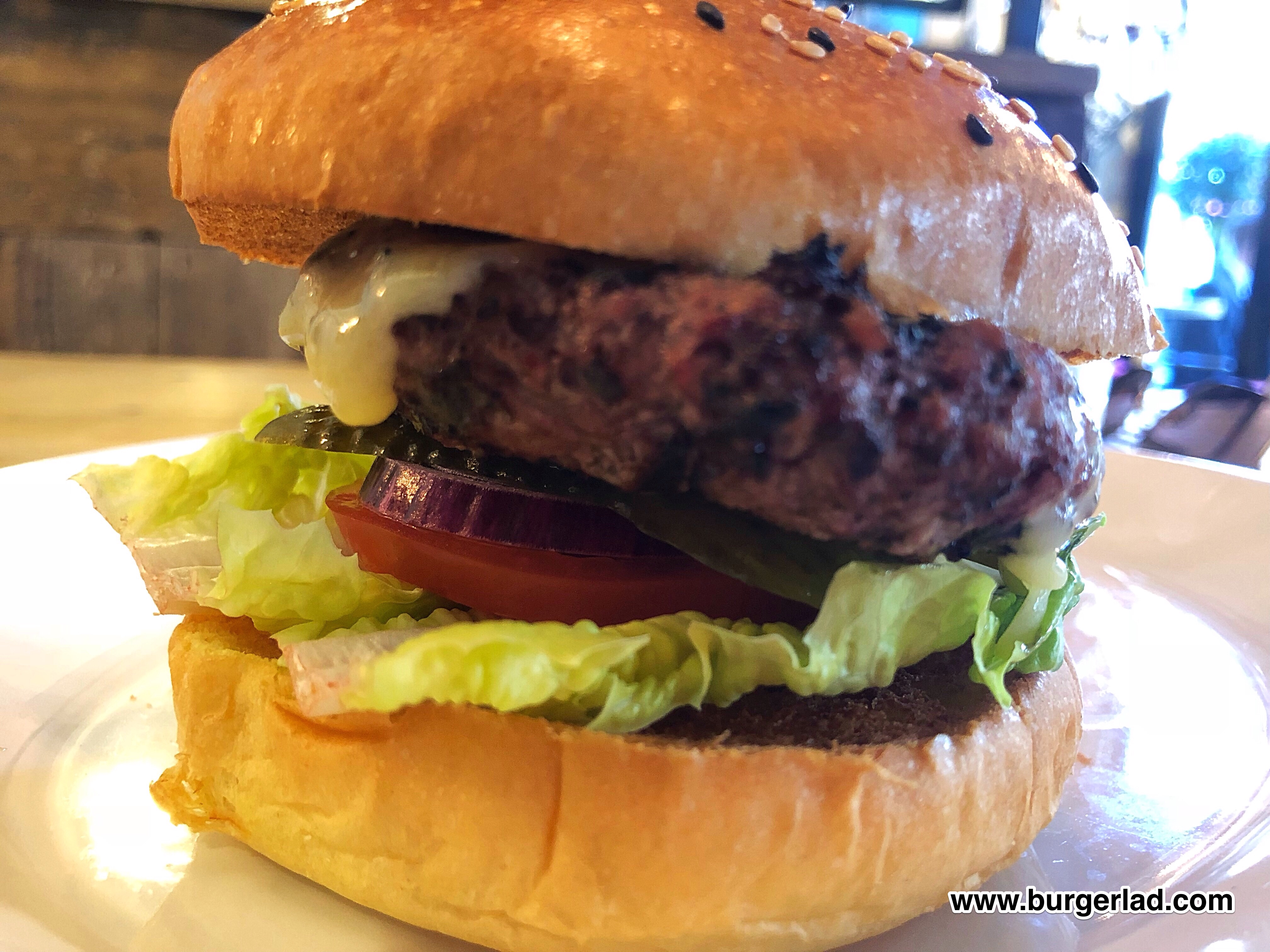 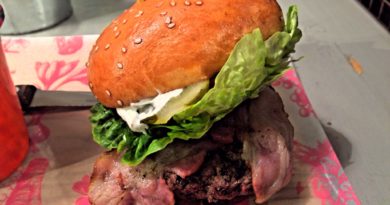