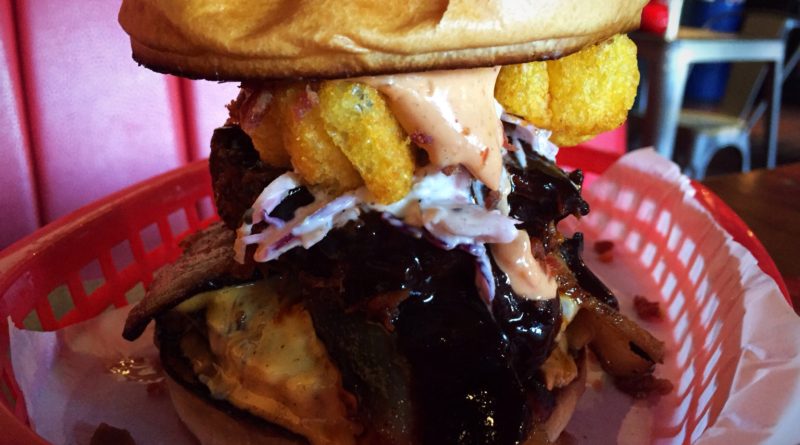 Almost Famous’ current special is a returning favourite, chosen via the power of social media. I didn’t get it last time round, so I bloody well am this time.

It’s one that epitomises AF’s lavish excess, with the flaming hot Monster Munch “teeth” and the ribs “horns” sticking out the top doing the business to (as always here) take a standard double cheeseburger to wacky stratospheric levels.

Now, having put my order in, I had a short moment to ponder the patty merry-go-round at AF.

Last year there was a change from a great patty to an even better one (in my opinion). Not going into the ins and outs of why it was changed, but I really loved the new one (see the Johnny Drama review – the patty itself was instrumental in giving that burger my 2015 gold star).

Behind the scenes, AF has now returned to the original supplier and while the blend is still great, I must say that I preferred the interim one. Controversial? Is there any other way at AF?

They’ve also not so recently started doing table service, so no more Argos-style ordering at the bar. It’s a big improvement I think and the perennially-young staff are always helpful and friendly (and way more trendy that you or I could ever be).

Hey, this is a UNIX system – I KNOW this!

As ever with AF burgers, the reality is usually a little more manageable than the promo material. And you know what, I’m fine with that. They’re hardly tiny!

I began with the ribs – well I had to – no way I could tackle this burger without removing them. Lovely and dark, very soft and melty – I’d happily have a bowl of these on their own.

I did say the burgers are manageable – they are slim in real life – but this one most certainly isn’t short. Very, very tall and really difficult to eat – true AF styleee.

Too big for the mouth, too messy to pick up, too cool for school. This one really had me waiting to write my notes after I’d finished eating and wiped my hands.

All the way through, you’ve got the unrelenting steamy hot, meaty, salty bombardment. It’s partly the bacon dust but I was left absolutely needing a drink.

These things always come down to personal taste but I wondered if it was a little heavy on the baconnaise and a little light on the slaw (certainly in comparison to the official pictures, where there definitely seemed to be more slaw).

The Monster Munch gave a crunch (obviously) and had been placed around the top for maximum aesthetic effect.

As I always say, no matter how plain or how wacky the toppings, what you have at the core is a cheeseburger, and if that’s no good, no amount of window dressing is going to change it.

Although I preferred the previous patty, this current one is still up there with the best. Fabulous stuff.

And the final note is that neat little squashy brioche bun. What a trooper! Takes all the goo and mess and meat and whatever else AF throws at it and holds the line.

If there was an award for the most robust bun in the business, this would have to be a contender.

Grab this one while you can (until the end of January) because there’s a distinct possibility another old AF favourite will be in the February limelight.

Anyone for Oreo ice cream ….? 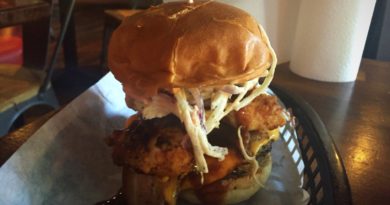 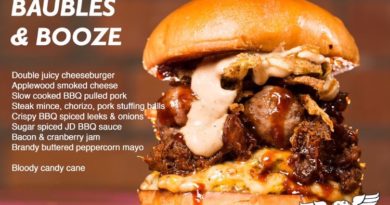 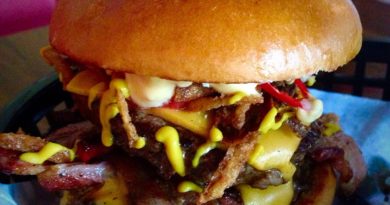